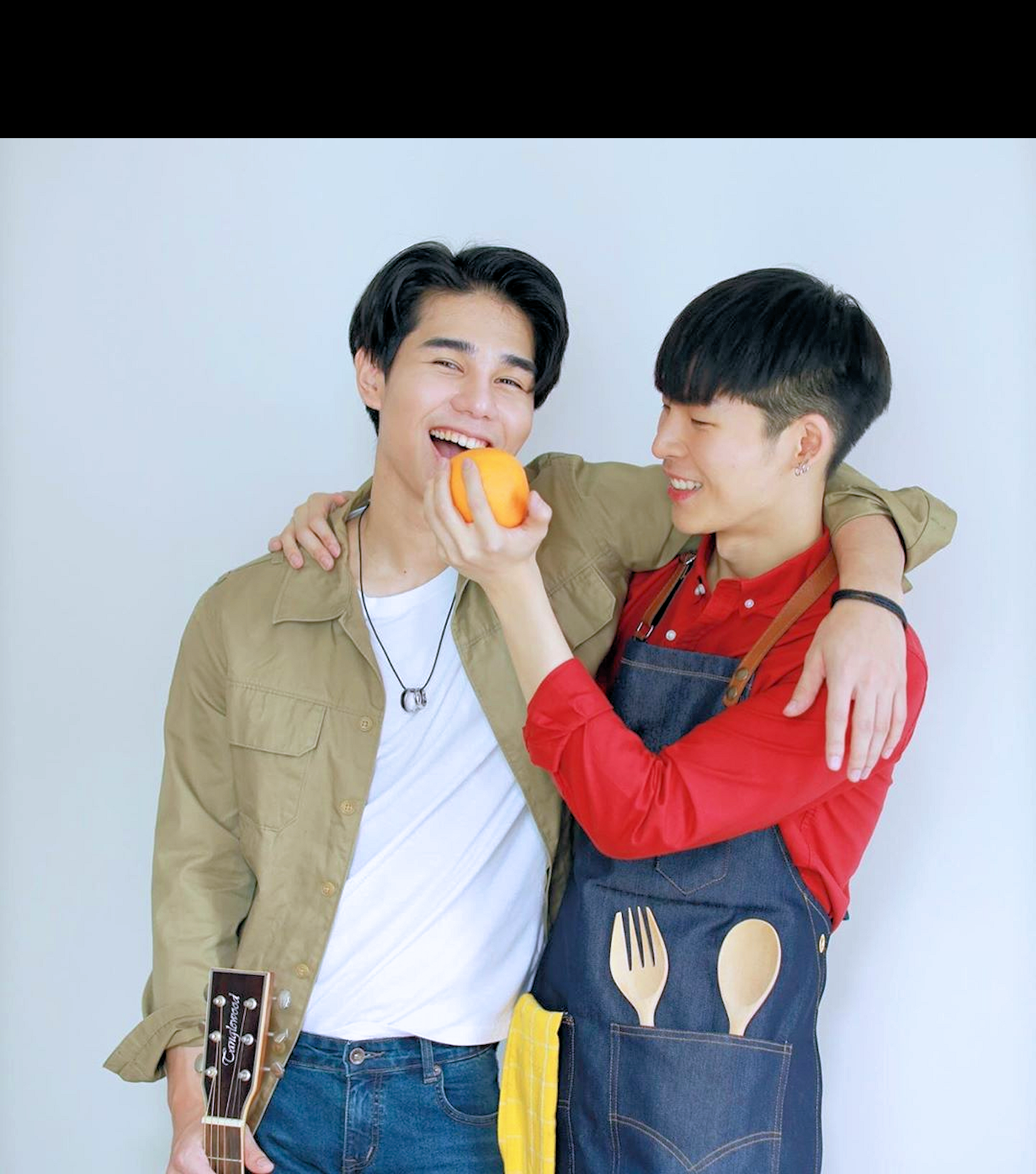 Our adorable couple is back with oodles of romance coupled with a gourmet flair that leaves you wanting for more episodes. Jeff Satur and Gameplay Garnphapon have perfected the art of “Staring into your soul through your Eyes.” They don’t need to kiss or have a full make-out session to make the audiences feel Tops and Marwin’s connection. Because that would be totally out of character for our sweet couple, whose relationship is slowly and steadily moving beyond the “Roommates” status, let’s review what’s happening in their lives and get a taste of their happiness!

Marwin is an absolute disaster in the kitchen. Trust me; this guy should never be allowed anywhere close to the gas stove! For some insane reason, Win is all of a sudden, following a strict regimen of diet and exercise. The ensuing scenes are hilarious as he tries hard to cook and eat bland food while exercising even harder. He has the zeal but lacks the enthusiasm, and you wonder why he is putting himself through the drill.

Apparently, Tops has the same doubts. Win finally accepts that he has been eating bland chicken breasts for a week now, to gain muscles. We realize that Win is still feeling jealous of their new handsome neighbor, and it’s endearing. Tops teases him about it, but soon he is cooking for his gum enthusiast. Today’s menu is “Baked Avacado with Salmon and Eggs.”

Win is totally against eating the dish as he is dieting. But Tops somehow convinces him to give it a try. Once he starts eating, Win can’t stop. Poor guy, eating chicken breast daily does that to you! Tops explains that this dish is a tasty substitute for people who want to gain muscles and loathe bland food. Also, he confesses, “I like you just the way you are,” and the shy smile on his face very well gives away his feelings. They have a moment but Win fools around as usual, and they are both left smiling!

I really love how this show merges gourmet with romance. Since the miniseries airs on a food channel, recipes remain the main focus. However, the romance between our main couple is never undermined. Quite an interesting mix of both, and I’m really enjoying the variety. Also, Jeff has this ridiculous charm about him, which makes you laugh at his crazy antics. Gameplay, on the other hand, totally balances the cooking act with Top’s gentle demeanor. They are an absolute joy to watch.

This episode was not at all “Helpful” to our sweet couple’s relationship. It actually led to a crisis like situation. Win is watching cookery shows online, and he suddenly decides that since Tops is such a good Chef, he should have his own videos online too. Tops is skeptical and asks for time to think about it. But Win allows him no chance to refuse and drags him off to shoot a video.

However, they only have eggs and are left with no other choice to shoot. Tops isn’t confident while speaking in front of the camera and keeps messing up his lines. Win fusses a lot about it and even demonstrates how Tops should speak while recording. It’s actually relatable because Tops is recording for the first time and is naturally nervous. Finally, Win can’t take it anymore and bursts out at Tops for not following the instructions. Tops painfully accepts, “It isn’t hard for you, but it is for me. Cooking is an easier job for me”.

Obviously, Win feels bad and sings to make Tops feel better. They have an honest discussion where Tops admits that he isn’t comfortable in front of the camera. Win suggests that Tops should visualize his presentation as if showing it to Win. They do a retake, and it is better, yet Tops seems a little nervous. Win understands his problem and suggests, “Tops don’t look at the camera. Only look at me.” He walks to the kitchen counter to adjust Tops shirt, and they have a close moment. The shooting resumes, and this time there are no glitches. Today’s menu is “French Meringue,” and then we have a short video at the end where Gameplay explains the cooking process.

I found myself smiling throughout this episode because it was totally relatable. In my field of study, it’s prudent to attend seminars and conferences. I would get totally nervous whenever I had to speak in front of a huge crowd. In those situations, I would mostly concentrate on the Judges or my Professors while delivering my speech. Tops nervousness brought back fond memories. It happens with all of us, and everyone has a different way of dealing with a case of the jitters. The only thing that matters is how we conquer the issue at hand!

Yet again, Jeff and Gameplay’s chemistry works its magic. I’m wondering why these two don’t have their own full-fledged series. Jeff and Gameplay have so much potential that they truly deserve it.

I’m looking forward to many more episodes of fluffy romance as well as heavenly food cooked by our adorably flustered Chef Tops. Keep watching this space for further updates!