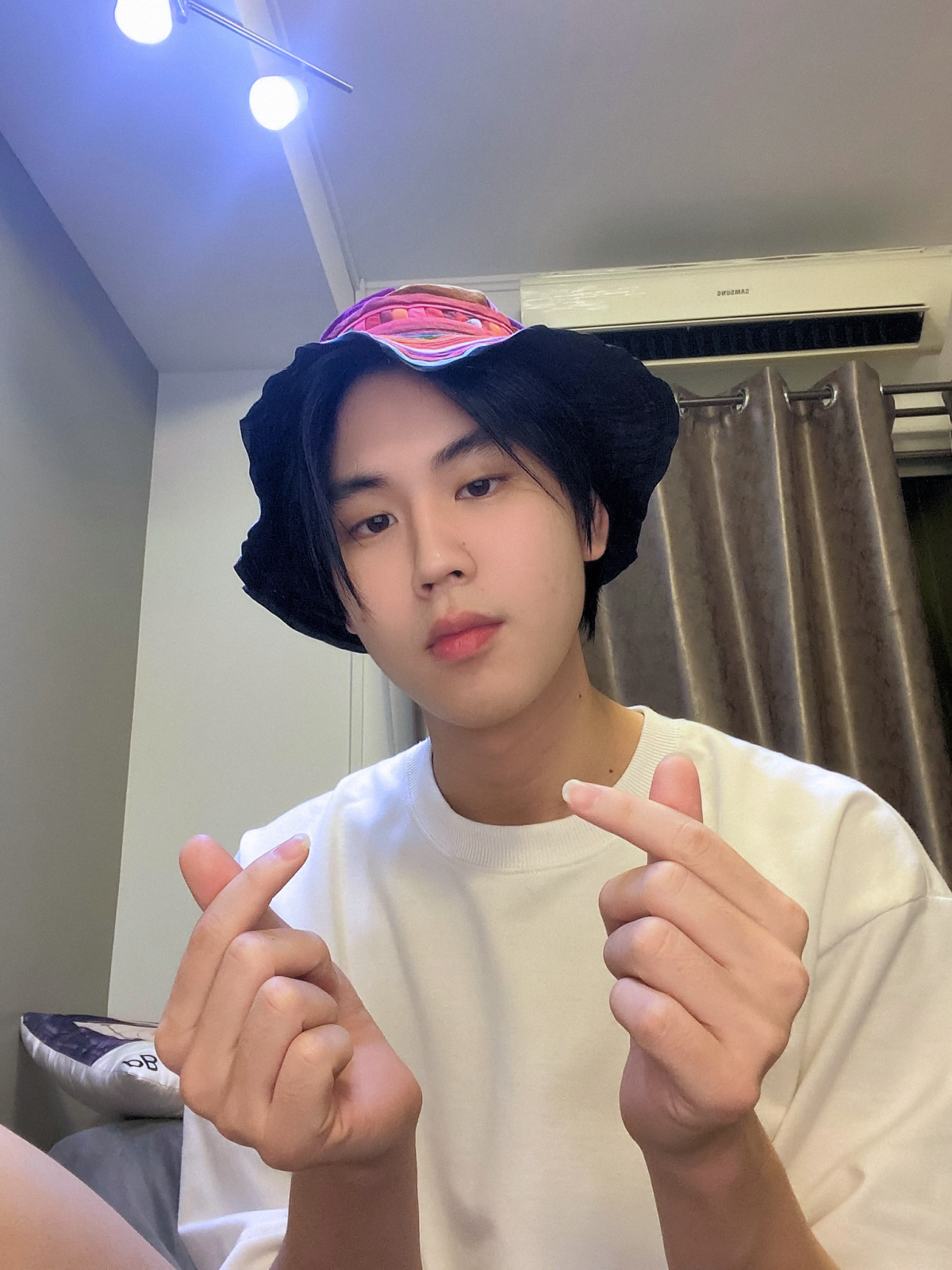 When people hear the words, “Young Athlete,” one would think about a man with bulky, chiseled muscles, tanned skin, and looking pretty rugged. However, that’s not always true. You may not don’t believe it, but the potato-chip eating character Team from the highly popular Until We Meet Again series that ended its run a few months ago was a star athlete before the entertainment industry beckoned.

Prem Warut Chavalitrujiwong – วรุตชวลิตรุจวงษ์, was born on March 8th, 998. He’s the lean, fair-skinned actor who played Fluke Natouch’s best friend in the BL series Until We Meet Again. However, he was also a serious sportsman and was part of the Goblin the Project, a boy group where he shared the limelight with some other very recognizable faces from the BL World.

At 22 years old, Prem or “Space” as he is sometimes nicknamed, is 178 cms tall and weighs 65 kgs. He went to high school at Benchamaharaj School at Ubon Ratchathani Province and currently attends Kasetsart University in the Faculty of Economics. He describes himself as simple and would rather be just like anybody else. With this humble persona, he has gained a lot of friends wherever he goes. All told, he’s not too different than his character, Team, whom he portrays in UWMA. In fact, as a child, he was a bit naughty and would skip class to play football in the school’s backyard. With a laugh, he was heard to say that he was punished several times for doing so by having to run around the flagpole.

When Prem was young, he was very addicted to games. So his mother encouraged him to play sports instead. At that time, he started playing a golf-related PangYa online video game. For a fifth grader, it was a bit too late, but he decided to take it seriously, so serious in fact that he became a player of the real sport of Golf.

He was practicing fulltime just like any professional athlete. Each morning he would run before going to school. After classes, he would train until 10 pm daily. It was when he was in the last few years of grade school, the time when most of his friends were starting to travel. While this would have made other boys envious of their friends’ tales of adventures to other places, Prem was quite happy because he seriously loved playing Golf.

And this training paid off. As a sportsman, he competed and, with his skill, got ranked, with the highest being #1 at the TGA Regional Level Golf Competition for young people under 18. He got to compete all over and eventually got to travel just like his friends did. As an athlete, he looked up to Tiger Woods because he was very well known at the time – and seriously, Tiger Woods is Tiger Woods!

After years of training and competing in Golf, Prem realized that the isolated aspect of the sport was not for him. He wanted the humor, the noise, and the chaos that came with team sports. At first, his father was not pleased when Prem talked about quitting Golf, but later on, his family supported his decision to leave years of training that for him was not a place for him to grow. Even today, he still plays the sport but doesn’t compete. Prem also participates in other sports, which include swimming, basketball, badminton, and table tennis.  However, but he says he loves football the most.

Fate certainly had other plans for Prem, though. In 2017, a scout saw him in Ubon and encouraged him to join Pop Da’vance, a competition where Prem actually came in first place. It was from there that the opportunity came up for him to be invited to be part of Copy a Bangkok. He mentions that being an entertainer is just like being an athlete; there may be different targets, but the discipline and dedication are the same.

He was also part of the Goblin the Project, where he sang and danced with other members. Their first single was called Magic.

The past year has been very fruitful for Prem. Portraying his first, second lead role as Team in the tandem #WinTeam couple for UWMA gave him international attention. So successful was their ship that fans are already waiting for the release of the UWMA spin-off series where Win and Team play the leads, produced by Studio Wabi Sabi and again directed by New Siwaj, the series will air in 2021.

Prem will soon be playing the role of Nut in the horror series, Longkhong while continuing to be a brand ambassador for Lays chips and other products. This athlete with a fair, and youthful face – often flirted by men, has gone a long way from the child that would skip class to play. Now he comes to conquer and soon, he will ensnare as all once more.