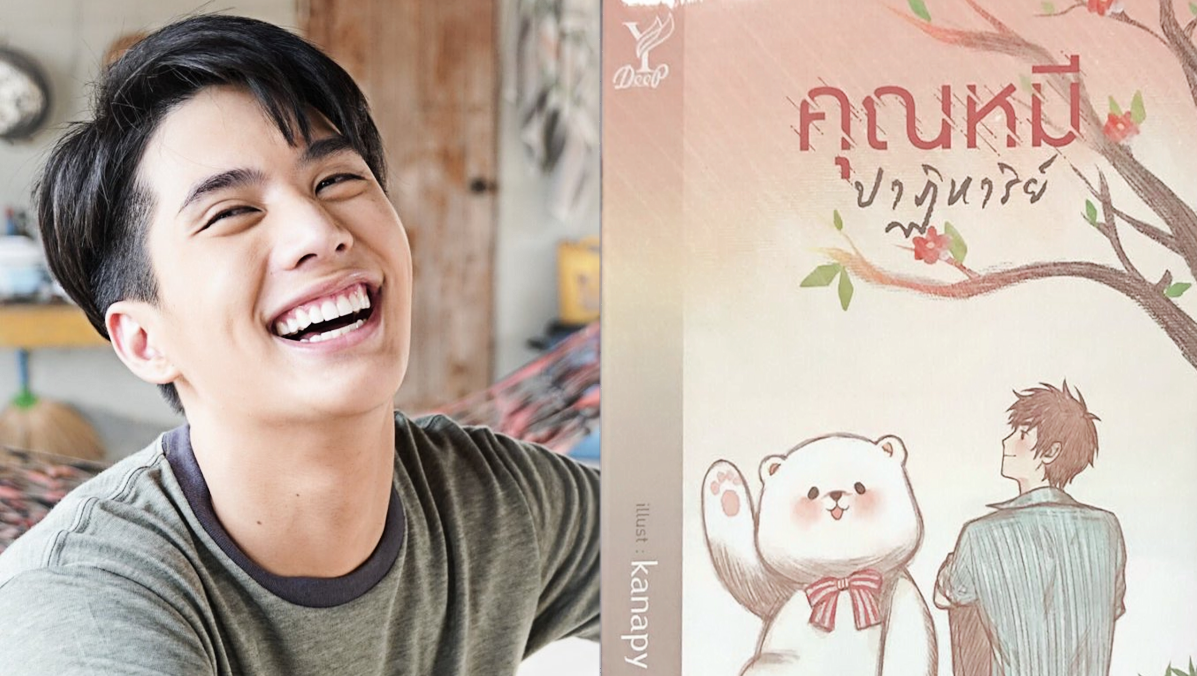 Following in the footsteps of popular Thai BL novels that are being adapted into drama series like “My Ride International” and “Manner of Death,” the latest entrant to join the bandwagon is “Teddy Bear Miracle.” Based on the fantasy theme of a Teddy Bear coming to life and the resulting complications, this anticipated drama drew attention even before the casting was announced.

Finally, Channel 3 has officially announced that the novel will be adapted into a sitcom and aired on their network as well as their YouTube Channel. CH3 Board of Directors wanted to see an exclusive BL Lakorn Project airing on their channel, and as such, this show becomes their foray into the immensely popular “Boys Love” genre. The announcement was followed by casting news, and we are getting you the latest scoop!

Taohu is a giant white teddy bear and has been Nat’s object of comfort for ten years. However, he isn’t an ordinary teddy bear. He can communicate with other objects and items in the house. One day, unbeknownst to Nat, the teddy bear is miraculously turned into a young man. However, that young man can’t remember anything about himself. Taohu tried to find his own background, but everything became complicated when he found out that his background was connected to the dark secrets of his owner’s family. He had to hurry because his time as a human is running out, and he wants to discover the secrets of his background so much, but he also wanted to be closer to the person he loved the most. Will Taohu be able to find the answers to his questions and reveal all the secrets he wishes to know? And would there be another miracle that may allow him to fulfill his wish? (Source: Shannon0l0 at MyDramaList, aspects are taken from Lazy Subber.)

Sarin Inpitar plays the titular role of Taohu. He is a giant teddy bear and has belonged to his owner Nat. Suddenly one day, he turns into a handsome young man who can’t recollect anything about his past. The storyline delves into how Taohu figures out his identity before time runs out, and he turns back into a teddy bear again.

Job Thuchapon will portray the role of Nat. Taohu has been his object of comfort for ten years, and as such, when the teddy hear turns into a young man, he is surprised. But since he has always looked at Taohu as a companion, Nat endeavors to help him figure out the dark secrets in his past.

The immensely popular 2Moons star Tee Jaruji has been roped in to play the second main lead, Song. Song is an audacious and playful person and has an older brother named Neung/TaTharn. Neung is Nat’s, first love. Taohu’s almost resembles Neung in his looks.

First Parada plays Song’s love interest, Gane. In the novel สองเกณฑ์, this couple doesn’t have many scenes. But in the drama, according to what the author said, more script will be added for them.

Keep watching this space for further updates related to this drama series!