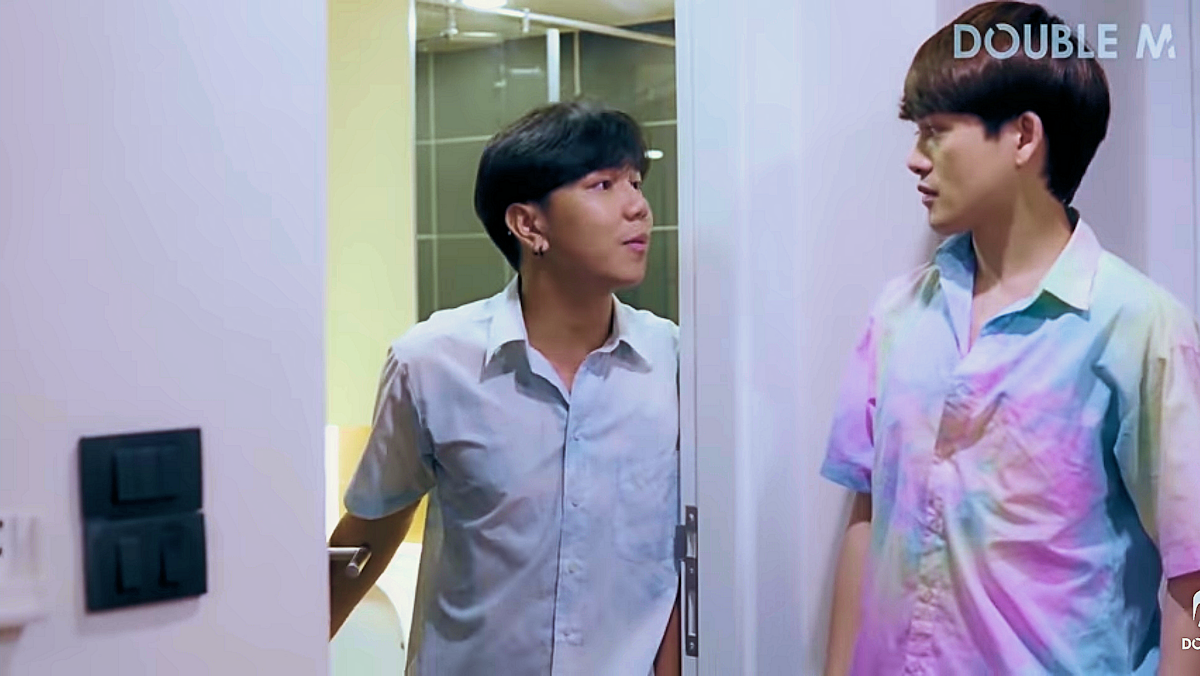 On August 16th, when the trailer for Episode 4 was released on Twitter, the Roommate series team also shared a message to the fans because a lot of us were surprised and upset to see that this series had only four episodes. Thankfully, we got a special episode for this series this week, which in my opinion, was just “Episode 5” because it was the proper closure to this sweet story. But what’s in a name! I am sure most of the viewers are pleased with this show and the way it ended.

After spending a year together as roommates, James and Sky have become very attached and dependent on each other, which is evident from Jame’s disappointment when he overhears Sky’s plan to move out to take care of his aunt from a request by his mother. And we know that this realization makes him take stock of his feelings quickly. Though I saw Episode 4 on the same day it premiered on the YouTube channel, it felt very abrupt in its ending, and the second half of the episode really didn’t add much to the story. So this week, when the special episode came out, I watched both episodes back to back, and it was a far better experience for me.

Let me first rant a little about the things I did not like in the last two episodes.  Let’s start with Smile and Maprang. Even though the girls were toned down in some parts, they were too loud and horribly over-acting in some parts to the point that I actually fast-forwarded through those scenes because I was eager to get to the actual story. Then, in the last episode, I did not understand the need to have the Clinic owner character appear again. She almost gave competition to Smile & Maprang in terms of being so unnecessarily loud. Some of those scenes and time could have given to James and Sky to have a little longer conversation about their feelings for each other.

Re-watching the last episode made me realize that we never heard Sky admit to James that he is gay or the fact that he liked James from the first month of being his roommate. There are a lot of moments where we saw James trying to probe that and flirting with Sky, but this conversation never happened. It can be assumed they did talk about it at some point, but I really wanted more of a confession scene [ok, I am being greedy here].

I liked how the screenwriter wrote some of the scenes with the girls, where they complain about being invisible to the two boys. Even during the trip, when four of them are out, Sky and James seem to be in their own world. They do feel like the couple who unintentionally leaves out single friends. It was cute to see the girls mentioning it as a gentle scolding but never teasing the boys about it, so as not to make them feel awkward. Most of the actions of the girls were directed [or misdirected maybe] to bring the boys together and able to talk about their feelings, even if it meant getting one or both of them drunk. That leads to one of the best-executed scenes of this series for me.

There have been few shows that have had the “waking up naked” after being drunk scenes, but I feel this show put a fresh spin on it. First, there was the scene where James’s desire for Sky becomes apparent as he (almost) kisses an inebriated Sky but stops at the last moment as he realizes it would be so inappropriate [thankfully]. And the next morning scene where Sky questions him about what happened last night was so funny. Game performed that one really well with such confused and controlled expressions. While Golf feels a little unpolished in some scenes, Game owned every frame he was put in. I think I have fallen in love with his smile by the end of the show while I already adore the cuteness of Golf from the very first scene.

And last, the final scene of the show stuck to the overall mood of the series – clear communication, honest feelings, decent kiss(es), a really classy couple bracelet [i so want that], leaving the viewers quite satisfied overall. I was personally not expecting Sky’s plan regarding the move, and the way James asked him if he was happy staying with him was so decisive. I truly admire James’ character for all the qualities he has because we need more such characters in BL dramas – not too stupidly naïve, nor the know-it-all jerks. Both the boys and the girls were great friends to each other in their own ways and that one part of the series that was decent. There was not a bad portrayal of girls or friends questioning or teasing the boys and never even questioning them about their relationship, which I feel is such a fresh and respectful view from the writer/director.

This series had its lows and highs, and mostly because of the length, some plot details were ignored. Once again, I wish some of the scenes of the girl’s scenes were cut down, and we could have a little more about the boys – their feelings, their expectations, and their future plans, etc. I do want to give some slack to this series because it was so much more enjoyable than some of the longer BLs currently airing and bonus points for not causing any anxiety or tears for the viewers. I so appreciate this cute series for managing to do that with the low budget the team had.