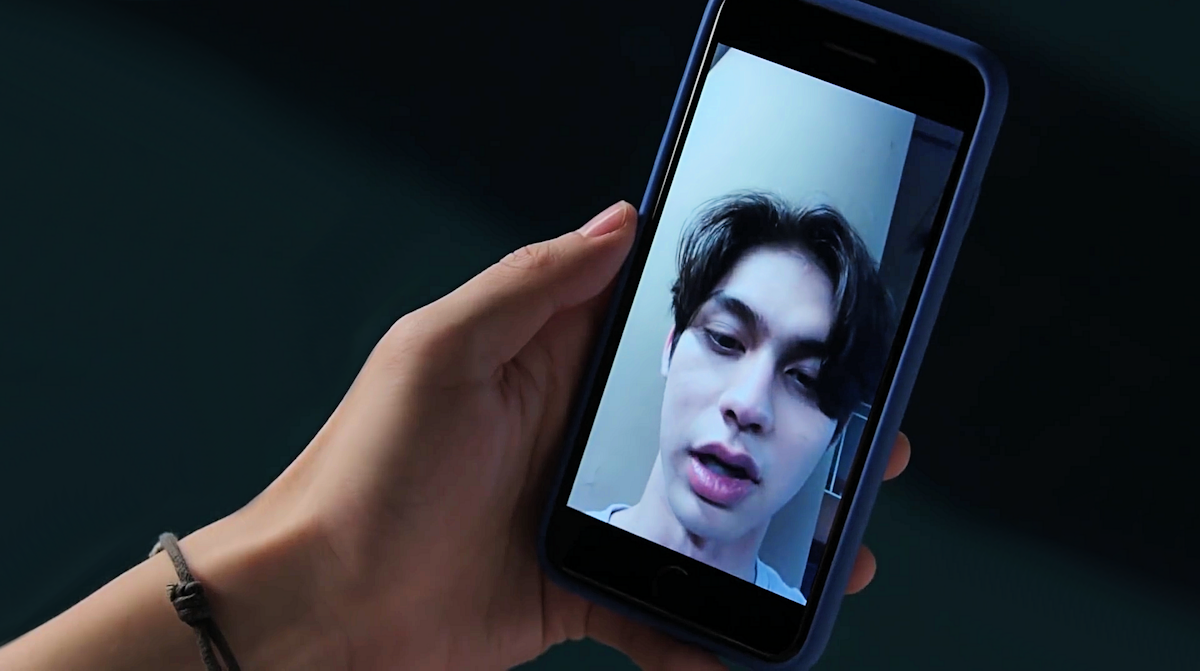 Episode 3 of the sequel to the hit series “2gether The Series” finds our cast of lovers dealing with the various changes to their lives from Episode 2. Tine and Sarawat adjust to their new roles as Directors of their respective clubs. Man and Type are separated because of Type’s new position in Phuket. Phukong is now a cheerleader and taking the position way more seriously than just to get Mil’s attention warrants. As the episode rolls along at a slower pace than the previous two, it becomes apparent that certain characters are not handling their decisions well.

Tine had apparently not appreciated Sarawat as well as he should since they got together a year before. Bossing him around and brushing off sexual advances, to name a few. Teasing Wat whenever he brought up his emotional feelings for Tine, seems to have given Tine a bit about which to feel bad. With Sarawat out of town, most of the episode is presented in flashback and a cute music video moment.

Tine gets to reflect on his actions, and it is very moving to see him mature to the point he can admit he isn’t perfect or even that good at being in a relationship. Leave it to Type to pop in, and state exactly what the viewers are most likely are thinking of another of Tine’s declarations. It’s a very cute moment I won’t spoil, but it is very well written and acted by Win and Toptap.  This episode did spend a lot of time allowing Tine to grow as a character, which was very needed.

Mil and Phukong have been in the “Brotherzone” for what feels like decades. Finally, something happens. Now keep in mind once again, these two get the least amount of screen time, weren’t in many of the same scenes, so when they finally have the moment where they admit their thoughts of each other’s actions, they quickly learn that they both had the wrong impressions of each other. It’s a well-worn hat of a troupe to use. It would have worked better if we had gotten to see more of their interactions previously.  I’ve had mixed feelings on how their characters were handled from day one!

Sitting at that table for multiple sections of scenes while other characters moved on to other set locales felt disjointed. This is very disappointing considering that out of all the actors, these two have the most chemistry. Based on having acted as lovers twice before. Why the writers didn’t play off their veteran level status as BL actors puzzled me and made their roles feel less. In the end, they have a moment, and that, I guess, is supposed to be enough for fans.

Man and Type got the short end of the stick this episode where screen time is concerned as far as scenes together go. But they did do a lot of supportive things, being there for other characters, which if you watched the original series, know that’s what they do.   Despite their rough start to this series, bickering and mocking each other, the two proved they do appreciate each other and love one another very much in Episode 2. So after the decision of Type moving to Phuket, you see the pair solo’ing it. They are being present for their friends who are making emotional messes of situations needlessly as usual. Man stands by Boss during another attempt at wooing Pear.

Type spends the night with Tine to provide needed perspective.  It’s only when Man and Type reunite that we see how weakly their story has been handled this episode because I wasn’t aware that Type had left until he appears in the latter half. But be that as it may, seeing the two having cute moments without kissing was very sweet all the same. The fact that these two side characters have not only been promoted to the main cast but written consistently is amazing.

This episode, in my opinion, is the weakest of the three episodes of the new mini-season to air. It felt like more filler than an episode, with far too many flashbacks and a song montage or two, I didn’t see a point to sixty percent of it. It’s clear that Tine misses Sarawat without the extra time-consuming moments. That time could have been better used to provide Mil and Phukong adequate time to flesh out their head-pat scene, but like in the 2gether finale, it didn’t. The acting was amazing, and the characters did the best they could with the general lack of script or direction for them. At times the episode seemed to recreate moments from the earlier series with different characters doing the same things: getting sick with exhaustion, leaving notes and video messages, faking injuries. And those made it feel trite and filled with filler, but the latter half made up for the first.