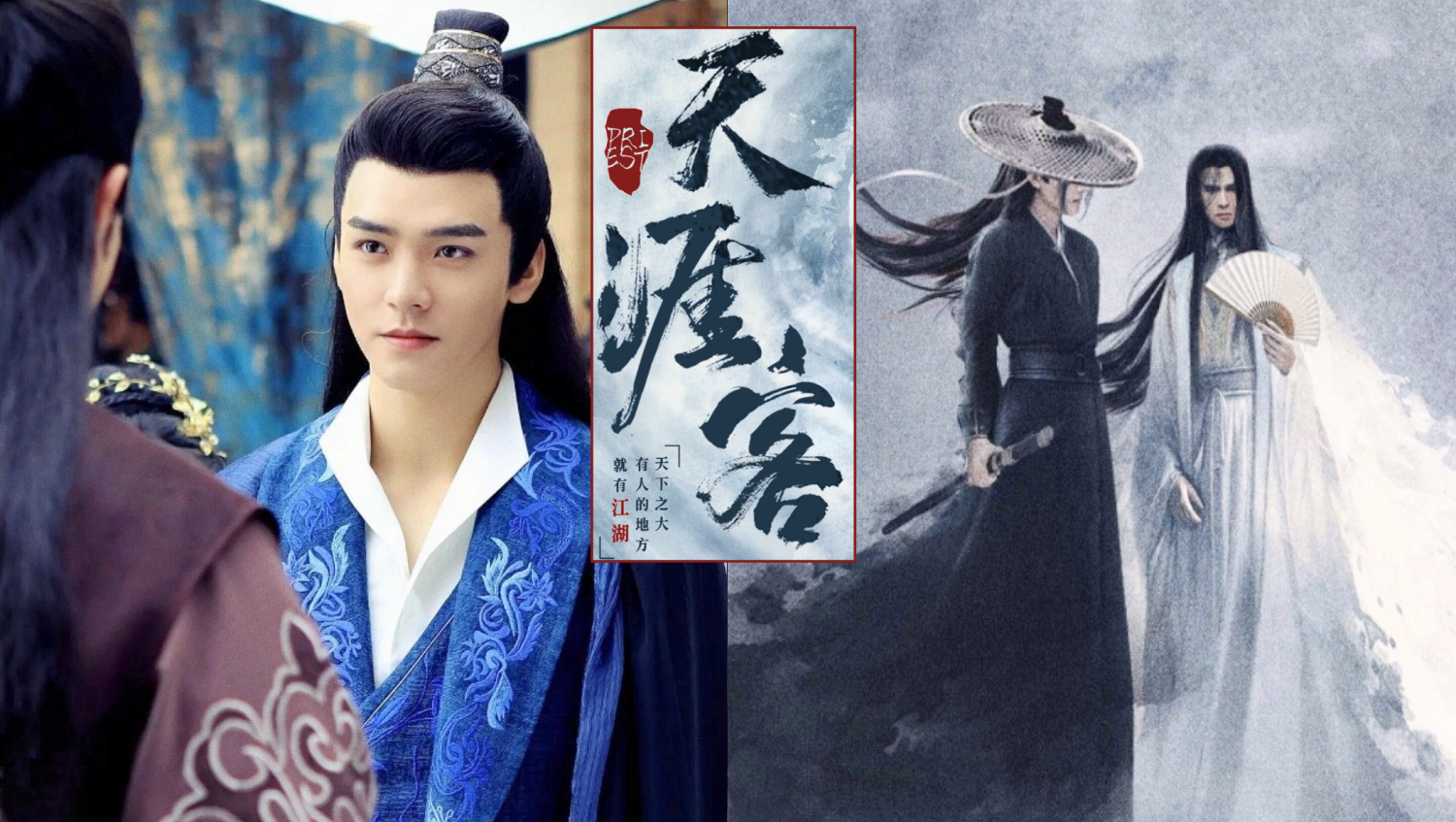 Chinese Bromance Dramas have made a niche of their own, and despite the diluted explicit contents, the anticipation for these shows is nevertheless higher than ever. Two such highly anticipated Fantasy sagas finished live-action shooting recently and have set the balls rolling for future contemplation as die-hard loyalists and fashionistas all over the world are scouring the Internet for probable news contents. We are excited to bring you some recent photoshoots and Exclusives that will leave you breathless and wanting more!

Popular online portal Youku’s upcoming adaptation of famous author Priest “Faraway Wanderers / Tian Ya Ke (天涯客)” has finished live-action photography. Youku is known for hyping its upcoming shows well, and their official website released photographs of the cast from their last day of shooting. The vibrant costumes and rich sets look at least equal to productions like “The Untamed” and The Sleuth of Ming Dynasty.”

The story essentially revolves around our main characters Zhou Zi Shu played by Zhang Zhe Han, and Wen Ke Xing, portrayed by Gong Jun from “Advanced Bravely” fame. Zhou Zi Shu is the leader of “Tian Chuang / Skylight,” an elite organization of gatherers and assassins who serve the Emperor. Three years of bloodshed and the accompanying remorse make our hero yearn for peace. He leaves the organization and roams the mountains of Jianghu in search of a calm life. But unfortunately, he meets our other lead Wen Ke Xing (Gong Jun) and gets embroiled in Jianghu’s chaotic existence. The show has been tenaciously shot in rough terrain and lavish sets, which are apparent from the official photoshoots of the cast members released by Youku.

The popularity of this upcoming drama is evident because the main leads are already on the cover of Harper’s Bazaar Star (digital issue of Harper’s Bazaar China). The famous magazine’s online version has done similar photoshoots with the stars of popular dramas like Guardian, and The Untamed has released a new cover featuring Zhang Zhehan and Gong Jun.

The ethnic styled fashion photoshoot has both the stars posing stylishly, and the aesthetics are out of the world. Enjoy this vibrant photo spread!

Immortality (Chinese: 皓衣行) is based on the popular LGBTQ+ Xianxia novel “The Husky and His White Cat Shizun” (Chinese: 哈和他的白猫师尊) by Meatbun Doesn’t Eat Meat (Chinese: 肉包不吃肉). Starring two eminent names from the Chinese Television Industry, the show focuses on the reincarnation of Taxian Jun (Arthur Chen), the tyrannical Emperor of the Cultivation World, and his subsequent attempts for redemption. Utterly distraught, he commits suicide and is reborn as his old self “MoRan.” Despite the reincarnation, MoRan has his old memories intact and harbors a deep hatred for his master, Chu Wanning (Luo Yunxi). In the present scenario, certain unfortunate events force him to see Chu Wanning in a new light, and both work together with the rest of the cultivating heroes to stop the villains’ conspiracy and protect the world. The highly anticipated fantasy saga has finished live-action filming, and official posters for the show were released on Tencent’s website. The posters depict both the main heroes in their glorified form and are pretty intriguing.

I’m sure you guys are excited to watch these historical and fantasy-themed dramas as we are. Fingers crossed on awaiting an early release! Keep watching this space as we bring you further updates and spicy hot exclusives!