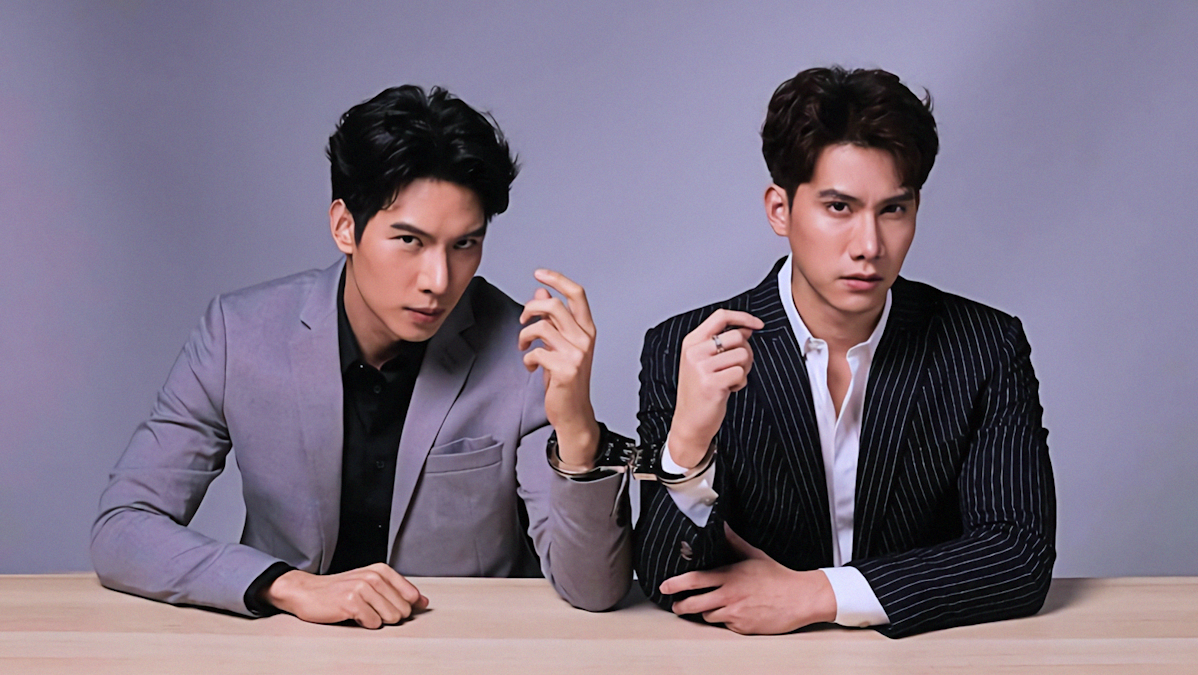 Manner of Death took a detour into a romantic thriller with the crime element being served as a hot side dish. While Bun is hellbent on getting #JusticeforJaneJira, forces outside of the law pull out all stops to end this investigation. The one thing that kept flashing through my mind throughout this episode was Bun’s statement from the last episode, “I’m suspicious of everyone. I don’t trust anyone”. True to his words, Bun leaves no stone unturned to dig below the surface and stumbles across some startling secrets. Tan, on the other hand, has taken up “bodyguard” duties and is safeguarding Bun from those who would do him harm. This act seems to an outward projection, but the truth is far from it. Why does Tan keep following Bun everywhere? Is Tan’s interest romantic, or is he trying to mislead Bun’s investigation? Will Bun fall prey to the hands of his assailant, and will his trust get him hurt? Is it misplaced trust?

Just 5 minutes into the episode, and we already have Pued acting suspiciously. Although I had placed my bet on him from the start, the way he lurks in Jane’s home at this late hour points to either of two things – one, this late-night sojourn is not happening for the first time, he seems well acquainted with the mansion, but today for some reason he is treading his path carefully. Or two, he knows something untoward is happening upstairs and is there to help Jane. Either of the two options seems viable, although I’m not a huge fan of this character. His entire being reeks of suspicion.

Like I mentioned before, this episode heavily concentrated on the possible romantic entanglements between our main leads. Although still suspicious of Tan, Bun can’t refuse his advances and certainly plays into his hands. Tan wants to drive Bun home after his discharge and surges past Bun’s defenses through emotional blackmail. His nonchalant attitude makes me wonder if he is really there to protect Bun or his motives are twisted and evil. Bun apparently feels the same when he points out that Tan is weird. They are practically strangers, and Tan isn’t really obligated to protect Bun. And yet Tan somehow manages to turn the tables into his favor. Max Nattapol has this mysterious aura that downplays Bun’s suspicions. Even though he doesn’t trust Tan entirely, he can’t help but be intrigued. Tul Pakorn, on the other hand, is merging deep into his character role. I found the contrast between their characters far more interesting than the mystery

Bun’s sudden deluge of problems never ceases to end. Now Inspector M has gotten in the act of being suspicious when he keeps pestering Bun to sign off and release the autopsy report on Jane. He seems to be in a hurry to close the case, which sets off an alarm in Bun’s head. He minimizes the possible leads, which point to the fact that Jane didn’t commit suicide. Although Inspector M dismisses Bun’s queries with his own theories, his tight-voiced demands betray his uncomfortable posture. From what I observed in the last episode, M seems to be an ethical and honest policeman. So why suddenly is he pulling out of this investigation in such a hurry to rule out the homicide angle? Is he being pressured by his higher-ups, or is it someone else? His rude demeanor screams that something is wrong because he agrees that Bun’s suspicions aren’t unfounded.

Unsatisfied with the lukewarm response from Inspector M and his own Director, Bun decides to take matters into his own hands. He uses Social Media to draw attention to Jane’s suicide. A brilliant move indeed, and I appreciate his courage, but I’m also questioning his sanity as courage can’t be appreciated if you’re dead. The murderer just assaulted him, and still, the underlying dangers don’t seem to faze him. Pued feels the same when he tries to warn Bun.

Now the most interesting findings are centered around Sorawit. His school friend Nam is acting oddly and seems to be getting along with some stranger who promptly picks her up from school daily. The fact that she looks tired and has needle puncture marks on her hands are major red flags. This serial killer seems to target young girls with promises of money. The only thing that I fail to understand is how Jane fits into this scheme. Clearly, she was well-off, which is obvious from the mansion she owned. So the killer couldn’t have lured with the same promises. Was she killed because she knew who the killer was?
Secondly, Sorawit seems to have developed a liking for Bun, and their conversation takes an interesting turn when he informs Bun that Pued was, in fact, Jane’s real boyfriend. It seems like the entire universe knows about their clandestine affair except for Bun. As Bun goes around investigating, Pued mysteriously disappears.

Since Tan was the last person who met Pued, Bun storms into Tan’s office, their interactions always have this high energy surge which keeps cycling between romantic and suspicion. We must applaud that they play their character roles exactly to the textbook content, and their chemistry is off the charts. The fact that Bun returns home and gets targeted again might seem odd because Tan appears right on time to play the “savior.” The scene is so well scripted and executed; two things play on your mind. First, Tan’s sudden entry seems well-timed, and secondly, the assaulter could be conspiring with Tan. Our friendly Doctor has the same suspicions, and I’m glad that he is still using his brains despite the scare. However, the fact remains that Tan breaks through his defenses and seems to be the only choice to play his bodyguard. Thus begins this weird cycle where Tan tails Bun and practically starts living at Bun’s place. The excuse is “to make sure that Bun is safe,” and at times, Tan does act like he is trying to make sure that no one is tailing them. But despite the way he acts around Bun, I sense a veneer that could mean multiple motivations.

Although Bun has this strong urge to fight for justice, the fact remains that he is a Doctor and is unprepared to handle his assailant. Though he acts brave, slight noises at night drive him up the wall, and Tan suggests shifting to his home. I enjoyed this scene too much, primarily because Tan seems too soft and indulgent with our prickly Doctor. I’m not sure about Tan’s intentions, but the fact remains that he does look at Bun like he hung the moon. Despite their odd dynamics and Bun’s suspicions, they keep circumnavigating into each other’s hemisphere. It’s equal parts sweet, romantic, and equal parts annoying. I would prefer that Bun made up his mind about Tan because watching him play boomerang from one side to another is not my cup of tea. You either trust the guy and team up with him, or you ditch him and act on your own. Bun’s feelings are in direct contrast to his judgment. This tug of war between his mind and heart will surely lead him into dangerous situations.

Despite vehemently denying Tan’s offer, we jump cut to a low shot of Bun’s suitcase as he indeed arrives at Tan’s mansion. I was dumbstruck because it’s quite obvious that Tan isn’t some ordinary school teacher. I recall Jane introducing him as one of the School Sponsors, and the mansion’s magnificence certainly cements the detail. This fact also makes me a tad worried because the serial killer has this habit of luring young girls with money. Tan’s profile certainly matches the overall description.
So, while Bun is also amazed at Tan’s less than mediocre living arrangements, his cooking skills don’t impress Bun. I would have enjoyed the display of domesticity where Bun cooks a meal for both of them if my thoughts didn’t keep straying towards the killer. I love how this show foreshadows Tan and Bun’s romance with the thriller elements. You can’t help but enjoy their sweet moments, but you are also always on high alert thinking about the murderer—a nice touch of reality with sweet moments interspersed in between.
At night, Tan gets Bun situated in Tan’s bedroom because the other bedrooms aren’t furnished. If these two were normal roommates sharing a bed, I wouldn’t care much. But they aren’t, and I’m at the edge of my seat thinking about what this state of affairs will lead to. Is Tan trying to seduce Bun and get him under his control?

My suspicions are not totally unfounded because the ending credits start rolling with a stranger entering Tan’s office. Although he does treads forward carefully, his stance relaxes when the stranger removes his cap, and you realize that it is Tat, the roadside gang leader. It seems to me that Tat is Bun’s assailant, and since Tan seems to know him well, what are the odds that Tan is the real killer? Or maybe he knows who the real killer is and has been trying to ward Bun off to protect him? Is Tat his secret bearer? The episode left me with too many unanswered questions. Let’s watch next week and find out.

Keep watching this space for further updates on this exciting crime thriller!