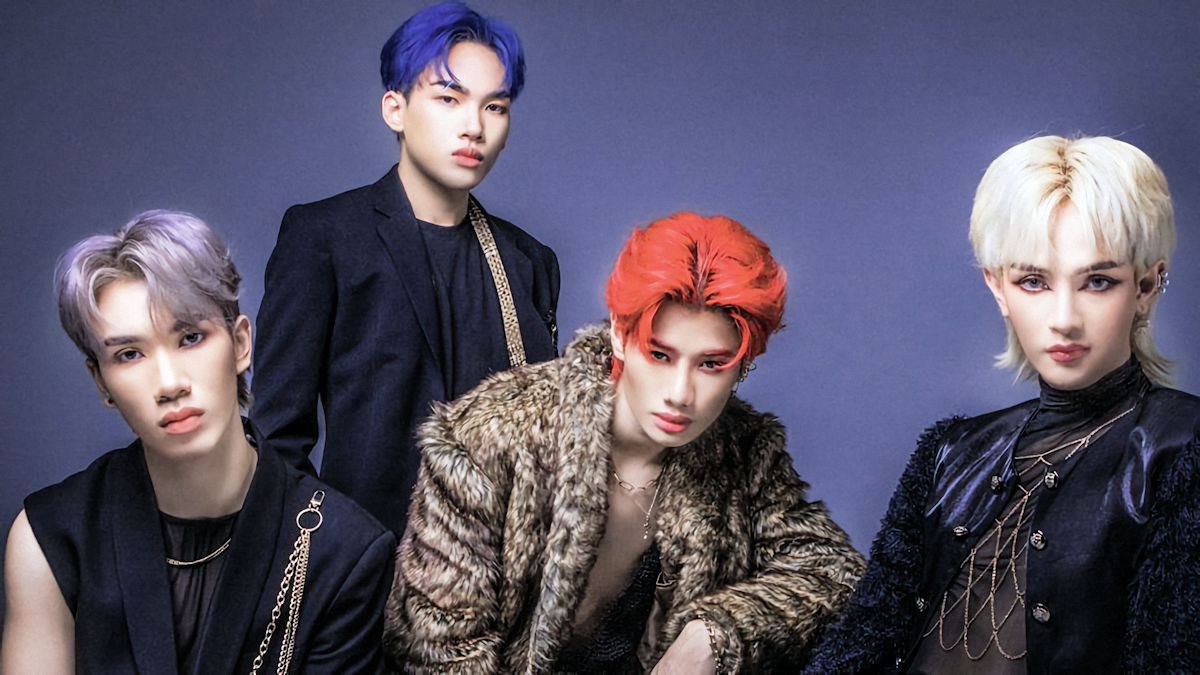 I don’t follow much Thai Pop or even K-Pop but I do follow the Thai BL scene. And in doing so
have found myself in love with BL soundtracks of Love By Chance, TharnType, Until We Meet
Again and Why R U, along with many others. In fact, music plays an integral role for me when I
watch a series. And through the years I fell for a few T-Pop boy bands – I’m looking at you 9×9
and SB5. But along comes 4Mix with no ties to the BL world, except debuting on T-Pop Stage
with Mew Suppasit and later with Saint Suppapong as emcees.
T-Pop stage is a Thai Pop Charts tv show that airs on WorkpointTV. They feature performances
weekly from various chart-topping singers and groups. I saw 4Mix perform and knew I had to
find out more. Their visuals stunned me as they sang and danced to their pre single song Kid
Pid.

Born August 13, 2003
Was offered a spot on the professional soccer team Bayern Munich but turned it down due to
health reasons.
IG:

The group formed in 2017 as idol trainees under the label KS Gang under the Khaosan
Entertainment company. The group originally consisted of four members Ninja, Folksong, Mcka,
and J2 (Charukit Channarong). They trained daily with intense singing and dancing classes for
two years before debuting. They all signed to the label officially in December 2019. A few
months into the contract things began to fall apart internally for the band.
According to the 4Mix documentary, J2 began to not mesh well with the other three members.
Things became so tense the other members met with the executives of the label in order to ask
for J2 to resign. The four members sat down to talk, deciding to give it another go, but J2 felt
he couldn’t connect with the band anymore. He decided to resign so that he wouldn’t hold
back the band from debuting successfully.
They began a fast search, with Ninja scouring local competitions, YouTube, and TikTok until he
ran across George’s profile. Ninja reached out via direct message, asking George to come work
with the band. George agreed and came to work with the other members, catching up and
syncing with them quickly. In only a few short months they were ready to do a prologue release
single to test the waters. The song was entitled My Pid and released on March 15, 2021.
The song received good reviews and made its way into the Thai pop charts, leading to 4Mix
debut on T-Pop Stage.
This song is cute and catchy. Nothing groundbreaking, but I’m no music critic, despite my
review here. However, Ninja captures your attention. He is riveting in his performance on stage.
He moves with beauty, grace, and almost feline sensuality. He is not afraid to stand out,
preferring to mix up his wardrobe by using both traditionally masculine and feminine styles.
He is a vocal member of the LGBTQ+ community who is using his band to talk about gender,
sexuality, and equality. He is the only member of the LGBTQ+ community in the band, but the boys stand
behind him and the message he sends. At every interview I have seen, he finds ways to
express his views and call for equality.
When asked about his clothes, he says that clothes are not gendered, That people should be
free to wear whatever they wish without societal constraints or social judgment. When
discussing the community in a recent interview he said that marriage equality is a basic human
right because LGBTQ+ are people just like everyone else. They pay their taxes and society
should represent them as well instead of marginalizing them.

To find out more about the band, give them a listen. Here are their songs released so far. I’ve
also included a link to a 10 part documentary about their origins. It’s fascinating. The two
songs are catchy, but I’m rooting for the band for more than their music. I’m rooting for them to
inspire a generation of change from within the music industry, where people are celebrated for
who they are. Maybe they will have the power to inspire their audience to push harder for
marriage equality. We can all dream of a world where love is love, gender doesn’t matter and
we are all treated equally.
Prologue Single Kid Pid by 4Mix on T-Pop Stage

Catchy….I enjoy this and end up bobbing my head along to the beat. Love the looks, concept
and performance here.

Once again catchy with Ninja stealing the show with how gorgeous he is. 4Mix is cute here,
and their dancing is on point. It’s another one that I find myself dancing along, though it’s
nothing like Ninja’s moves. 😁
4 Mix Documentary:

Interview (No Subtitles Available) with the Matter

Watch 4Mix as they storm the music charts!