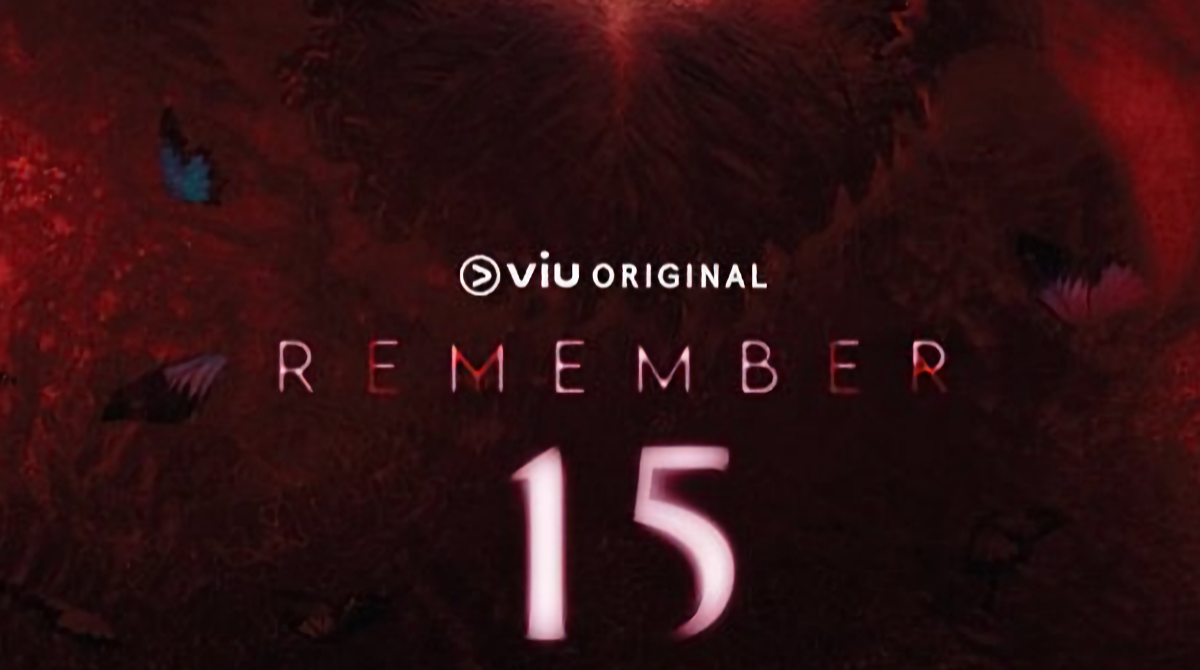 Remember 15 is a horror show from the mind of producer Adamy Chalermchatri Yukol, a third-generation Thai filmmaker.  He directed the horror film The Black Death in 2015.

This series is a psychological and physical horror with lots of twists and turns.  I will try not to spoil it.  I’ll give overall impressions of the characters and plot points that aren’t too spoiler’ish.

We include this review because of the gay/lesbian/bisexual characters. I won’t tell you who they are, though. You will have to watch to find out.

“Miss you all …. Shall we meet again on that island?”

A mystery message from ‘Lyla,’ a school queen who committed suicide five years ago. It was sent to a former high school classmate, her senior, and her sister. Everyone was wondering how this message was sent. Since Lyla had died a long time ago….so the 12 of them return to a deserted island. This is the place where Lyla died five years ago…to pay tribute to Lyla and find out who actually sent the message to prank…

But the closer it gets to the truth, the more they discover their cruel past, and the even darker secrets of the people they call “friends” until this deserted island….has become a bloody arena….

A couple sits on a pier, waiting for their ferry boat. We meet Nest and Mac. Nest has a disability and walks with the help of a leg brace. She is sweet, round-faced, and very kind. We learn this in the span of a few minutes. She truly cares for Mac. However, Mac, though with Nest, can’t forget his first love, Lyla.

Lyla died five years ago on the very island they are returning to. And everyone who was on the island at the time received a text inviting them back. Someone sent the text from Lyla’s phone.

The next pair to come along are Bew, Dan, and Bozo. When Mac sees Bew, he storms off. We soon learn that Bew bullied Mac, and Bew seems to understand the reasons for Mac’s anger. He looks a kinder and gentler person when he talks to Nest, asking about her welfare.

Dan is even-tempered, a man who looks at the whole picture. He holds Bew back from his quick temper and convinces Bozo to be rational. When mistrust leads to violence, Dan is the one to solve the problem.

Ken and Plato show up with their mean girl girlfriends, Gel and Fone. Gel & Fone are pretty, popular, and wealthy from the look of their clothes & sunglasses. They are cruel, entitled, and unlikeable from the very beginning.

On their way up the dock, the two girls begin an argument with the three girls in another group, bringing up the rear.

The three girls are Lilly (Lyla’s sister), Sona, and Mind. Gel and Fone accuse Lily of sending the text to get attention. Lily’s friends take up for her. But Lily stops Gel & Fone’s questioning by showing that she received the same text message as the others.

Plato is quick to chastise Gel & Fone, separating them from the girls’ group. Plato is the peacekeeper. He is gentle, kind & wants harmony among the group. This behavior continues once they reach the island.

As they reach the island, tensions begin to arise among them. Old grudges come out in the open. Secrets are revealed as everyone starts to distrust each other. It seems everyone has a reason to want to harm or kill others in the series. Between flashbacks and the present, each person’s past I s exposed to the others.

It becomes apparent they are trapped on the deserted island.  The characters play a deadly game of cat and mouse. As the bodies pile up, everyone is divided. And even friends have reason to mistrust each other. What happened to Lyla? What happened to everyone else? And most importantly, who will be left standing at the end?

The cast is primarily newcomers, with a few seasoned actors thrown into the mix. It feels fresh as if these are really girls and boys who graduated and are only a few years out of high school.

Ray Venita Loywattanakul portrays Lyla as the sweet girl everyone loves and shows you another side during the flashback scenes. Sometimes the good girls turn out to have darkness & secrets beneath the surface.  In her role as Lyla, she does a good job portraying the most important character of the series.

First-time actress Sairung Prapakon Chairak plays an enigmatic character Lily.  I don’t know if it’s the character or the actress, but there is very little that fazes Lily. She seems unsurprised by anything, not passionate about anything ever. When People die, she’s unshocked or scared. Like a person living in the shadow, she is also someone who hides a side of herself away from her friends.

Zee Pruk Panich normally plays a good guy, the hero of his own story. This is not the case here. I am happy to report he pulled off the toxic bully with anger management issues, who hides all his darkness behind his pretty face. I don’t like Bew at all. Yet, I adore Zee in real life.  That’s good acting here. I’m glad to see a different side of him.

Tommy Sittichok Pueakpoolpol is Ken, and Jimmy Karn Kritsanaphan is Plato.  The pair have acted together many times before this. However, these characters are fresh, unlike other roles played. Ken is arrogant, feeling entitled, and used to getting his way. He is the opposite of the quiet Plato who is soft, gentle, and kind. Plato and Ken are glued at the hip just as their girlfriends seem to be. So far, I’m not loving Ken but adoring Plato. Their acting has improved since the beginning days of Why R U.

Ace Chitsanupong Sakunnanthiphat portrays Dan, a complex man. When I look up his credentials, he’s been in many series and several films. I can believe it. He turns Dan into a real person. Dan is not completely good or bad, but somewhere in the middle. You feel the reason behind his actions and his behavior is easy to understand. I found myself rooting for Dan, despite his flaws. Looking forward to more of his work.

Pure Purewarin Kosirawalanon has had several roles before this, but I have yet to figure out who Mind is as a character. Maybe more will be revealed with time. I’ll wait to see.

Nut Theerarat Wongchuen does a great job as Sonar. She has many layers.  I like how resourceful and fierce she is.  Sonar is tender to her friends.  You want to know more about her with each episode. Nut had one previous role before starring in Remember 15.

For the rest of the actors and actresses, I can tell they did their best. But their characters don’t have the depth I wish yet. I’m only four episodes into twelve, so there is plenty of time to change my mind as the storyline develops. The tendency to overact in a scene makes it difficult to connect to some of them. This tendency can also be attributed to the genre. What’s a good horror if someone isn’t screaming, even if we get annoyed. 😁

I have enjoyed the series thus far. Every episode you find yourself holding your breath while the drama unfolds. I enjoy this unsettling feeling of not knowing who will survive or what secrets will be told.  I might wish for more characterization but there is plenty here to keep me coming back for more. It is gory, but what horror isn’t? The producer Adamy has been surprisingly interactive on social media, chatting with fans.  It makes the experience more interactive when you have hints & clues from the cast, director, and producers.  I will keep watching until the end. I hope there is more than one person left alive then.

Overall Rating: 4 out of 5 stars. [See our Review Guide]