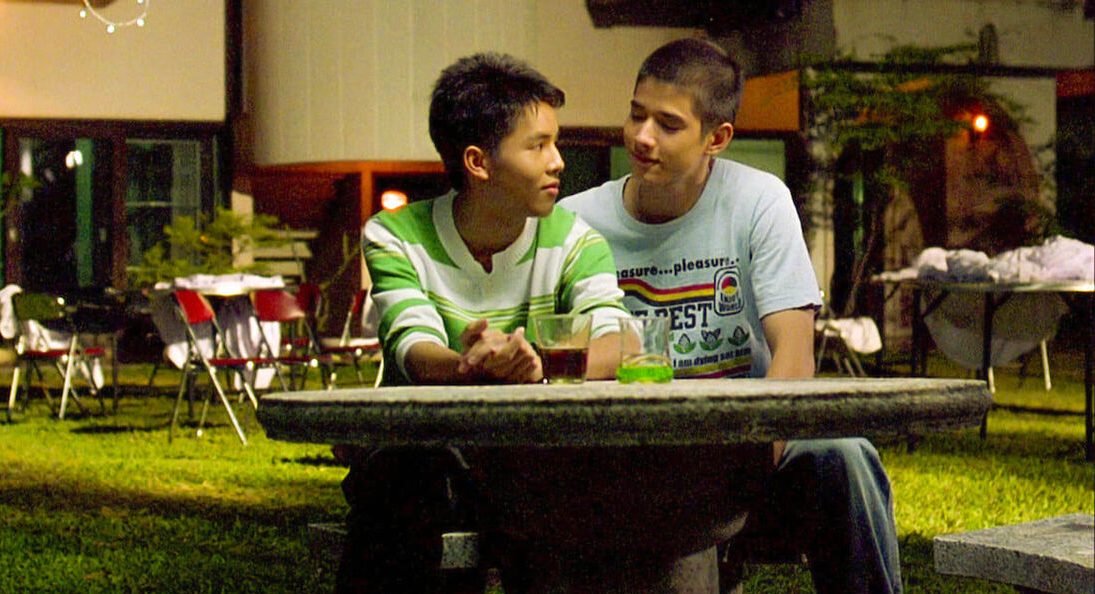 The groundbreaking Thai gay movie, Love of Siam, starring Mario Maurer and Witwisit (Pchy) Hiranyawongkul, will celebrate its 15th anniversary this coming November 22, 2022. Written and directed by Chookiat (Ma-Deaw) Sakveerakul (Grean Fictions, Dew), it dominated the Thai award season in 2007 and was Thailand’s entry to the 81st Academy Awards.

Before Love Sick, SOTUS, Love by Chance, 2Gether, Tharn-Type, I Told Sunset About You, and Bad Buddy, there was this Thai gay movie that trailblazed its way into the hearts and minds of movie audiences all around Southeast Asia. It was released during a time when BL had not yet transitioned from Japan into Thailand (or even Mainland China and Taiwan, for that matter).

While some may find the BL labeling inappropriate, the film was – nevertheless – credited for inspiring a host of Thai filmmakers and scriptwriters to pursue producing their own BL series or gay film.

Promoted and marketed as a coming-of-age film, Love of Siam courted controversy from the beginning. Writer/director Chookiat Sakveerakul admitted that the marketing strategy was designed to attract a “wider audience”, thus the initial strong reaction from different sectors of Thai society.

The movie is not all about gay characters, we are not focusing on gay issues. I (even) went incognito to a movie theater and observed the audience. I didn’t expect such a strong reaction. Maybe I was too optimistic that homophobia in Thai society had subsided.

Interview with Dir. Sakveerakul – “Love in a hot climate” | The Nation (Thailand)

Apparently, he was wrong—the movie went on to become a box office hit. Records show that from a budget of Baht 17 million, it garnered Baht 45 million from the box office (roughly USD 1.4 million then). Not only was it a box office success, but it also received critical acclaim and accolades during award season in Thailand.

Witwisit Pchy Hiranyawongkul plays Mew, the young gay outcast in Love of Siam. He was discovered by the writer/director of Love of Siam himself. They both went to the same college and share an interest in music. He was 17 at that time. Credited for being the youngest nominee in the Best Actor category at the Thailand National Film Association Awards, he went on to get nominated by other award-giving bodies in Thailand. He enjoyed immense popularity after the film was released. He also pursued a musical career as the lead singer of the band August. The theme song ‘Gun Lae Gun’ of Love of Siam is generally regarded as go-listen music for BL and gay film lovers around Asia.

Mario Maurer was 19 when he was cast to play Tong in Love of Siam. Maurer won many acting awards, including Best Actor at the 10th Cinemanila International Film Festival in 2008. He commented that:

“I didn’t want to do it, acting wasn’t on my to-do list.” Yet, he decided to take a chance because he trusted the writer/director Chukiat and rationalized that the movie may open new doors for him. He would be supporting his family.

Maurer remains a household name in his native Thailand and Southeast Asia. He played the lead role in Thailand’s highest-grossing film (of all time), Pee Mak, and is a member of the so-called 4+1, the 5 actors considered Channel 3’s superstars.

The Last Word: From 2017 until now, the Boys Love genre has created a whole set of ‘universe’ where fans revolve around a set of actors – like stars in the heavens. Both Pchy and Mario can be credited for balancing the casting dilemma in BL series and films, pushing for both native and Caucasian-looking young actors to get that elusive opportunity. This is especially evident with the likes of Ohm Pawat, Bright Vachirawit, Saint Suppapong, Gulf Kanawut, and Gun Atthaphan on one hand and Max Nattapol, Tay Tawan, Earth Pirapat, Perth Tanapon, Mew Suppasit, and Singto Prachaya on the other hand.

Love of Siam remains a driving force – pushing filmmakers and actors to set their standards high. While the film is not perfect, it serves as an example of what a gay Asian film should look like. There’s more to be done for LGBTQ+ rights in Asia, and while BL series have expanded around Asia – to include conservative countries like South Korea and the Philippines, the blur between BL and gay remains.