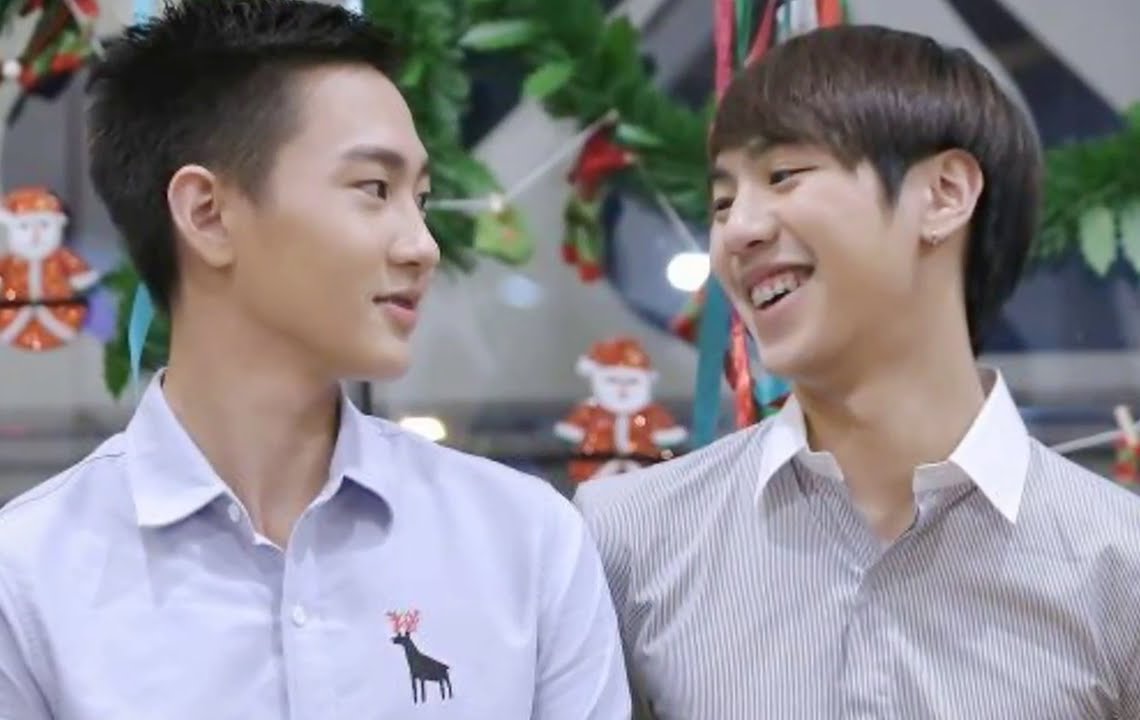 A “best friend” is someone who will love you the day you forget to love yourself. – Love Sick Ep4

We are tormented because love goes on, not because it goes away. – Love Sick Ep 11

I should have been blogging about Thai BLs years ago! (Nope, Thai movies came early on my radar, but this Thai BL ‘phenomenon’ appeared to be an adventure into the unknown).

The Love of Siam caught me by surprise, I mean, Mario Maurer is a promising actor, but I thought Witwisit Hiranyawongkul was the better actor. Pitchy, he never got cast in other movies, except for a supporting role in a forgettable follow-up. Anyway, I’ll get back to Love of Siam because, at the moment, I just finished a marathon (entitled LoveSick) featuring 48 glorious, inspiring, heartbreaking, funny, infuriating episodes! Yes, I finished two seasons in 2 days…

It’s a love story of a different kind. It’s about a young guy named Noh (Kongyingyong Chonlathorn) who was the target of an unusual proposal by another guy named Phun (Phumphothingam Nawat); to be his pretend boyfriend. Yes – the notion of a boy+boy relationship is (given the period) ridiculous, yet the two of them clicked, and as they say, the rest is history. There are two seasons – Season 1 has 12 episodes, while Season 2 offers 36 episodes. Apparently, the first season’s success prompted the producers and writers to expand and introduce more characters. By the way, the series is based on the online Thai BL novel “LOVE SICK: The Chaotic Lives of Blue Shorts Guys” by INDRYTIMES.

The story is not “revolutionary” or trend-setting, and many questions remain unanswered. However, what makes the Lakorn exceptional is the cast. We have inexperienced actors here, yet their performances’ rawness made the show believable and worth it. No bonafide acting showdowns to speak of, but there are standouts (which I will talk about later)…

Series (Season One) Summary: So Noh has no choice but to agree to Phun’s proposal since he needs the money to finance his club – he’s President of the Music Club, and an upcoming school event that needs funds will be a disaster without the cash. Phun is Secretary of the Student Council and has access to cash….Oh, he’s rich like crazy, too, and lives in a quasi-palace; think of those stuffy 19th-century chaise lounges, club chairs, and chandeliers… His younger sister (passionate about BL mangas) has a direct link to why Phun proposed to Noh in the first place.

Noh has a girlfriend (Yuri, played by Charnmanoon Pannin), while Phun has Aim (Chindavanich Primrose). There is also a “third party” on what may appear as a love game between the pretend boyfriends – Earn (played by the charming Luangsodsai Anupart). The relationships between our lead characters were tested (time and again), and the fact that both Noh and Phun are beginning to have romantic inclinations serve as the fire that is hard to extinguish and the cause of their hetero relationships to suffer and ultimately disintegrate.

One unidentified student sent a note to the resident school DJs confessing that he’s in love with someone in the school. Lest we all forget, this is an all-boys school, so whoever is the note-sender is in love with another boy!

Impressions: Season 1 is intimate and in-your-face with the characters well explored, especially Noh and Phun – with Chonlatorn, somewhat an “effective” lead, but hopefully, he should limit the shaking of his head. The two female characters were treated a bit like supporting characters, but later on, they had their share of scene-stealing – with Primrose projecting slut-like vibes and Pannin all bubbly and giggly.

I love the soundtrack – Thai music has a soothing quality that projects trendy, youthful cool.

The school is way impressive – modern buildings, awesome facilities. Who would not want to study there? The PEP (People, Events, Places) scenes pretty much sum up a modern and vibrant Thai society.

Certain issues were tackled – gay cheerleaders, familial relationships, nasty girl rivalries, and class struggles, but in a light manner. Yet, there were some intense dramatic scenes that were well-executed. Oh yeah, young Thai actors are some of the cutest on the planet!

While Luangsodsai Anupart (Ngern; อนุภาษ เหลืองสดใส) is no Yuya Yagira or Shota Sometani, he certainly has an appeal that transcends sex or age (for that matter). Hands down, he gets the second lead syndrome title for such a deliberate performance. His partner – Paisarnkulwong Vachiravit ( August; วชิรวิชญ์ ไพศาลกุลวงศ์) is a beauty, who can rival the most charming Japanese young actors.

Of course, I should not fail to mention the two leads, though I’m particularly impressed with Kongyingyong Chonlathorn (Captain; ชลธร คงยิ่งยง) than with Phumphothingam Nawat (White; ณวัชร์ พุ่มโพธิงาม) maybe because the latter looks a little “girly” to me. The intention of the producers to limit the kissing/intimate scenes was correct since it added a certain dimension to the series – a sort of romantic suspended animation that not only “teases” but “delights” the viewers.

Season Two’s initial highlight is the beach scenes where a lot is going for (and against) the two couples. Yes, the girls found a way to escape from the city and spent some time with their boys. For the girls, the sad fact remains that both Noh and Phun are more interested in each other than in spending time with them. The girls made an “elaborate arrangement” to make the night more romantic, yet Noh and Phun spent the evening sleeping outside together.

It’s pretty obvious that the series wanted to convince viewers that Noh is just confused and wants to explore his sexuality – but the thing is, sexuality is actually a spectrum. However, society places limits on where on this spectrum you are allowed to feel the most comfortable – and so you lean towards the straight side, or you can lean towards the gay side. OTOH, truly bisexual individuals are a rarity, and it’s difficult to truly divide your affections between the two sexes equally. For most people, we’re just not wired that way.

Yes, the series has been noticed by viewers, which I presume provides a door of opportunity to gather and explore the original source for more.

Oh, there is also a love triangle where the characters live in a condo tower – not really necessary, in my opinion, and it just takes away time from the couple and from a more interesting side story – Earn.

Unlike Japanese or other Asian BLs, this series is mostly bubbly and positive. There is little “real” conflict to speak of – Yes, the usual jealousy between couples is shown, but there are no rape or suicide attempts or anything like drugs, which are too heavy to tackle.