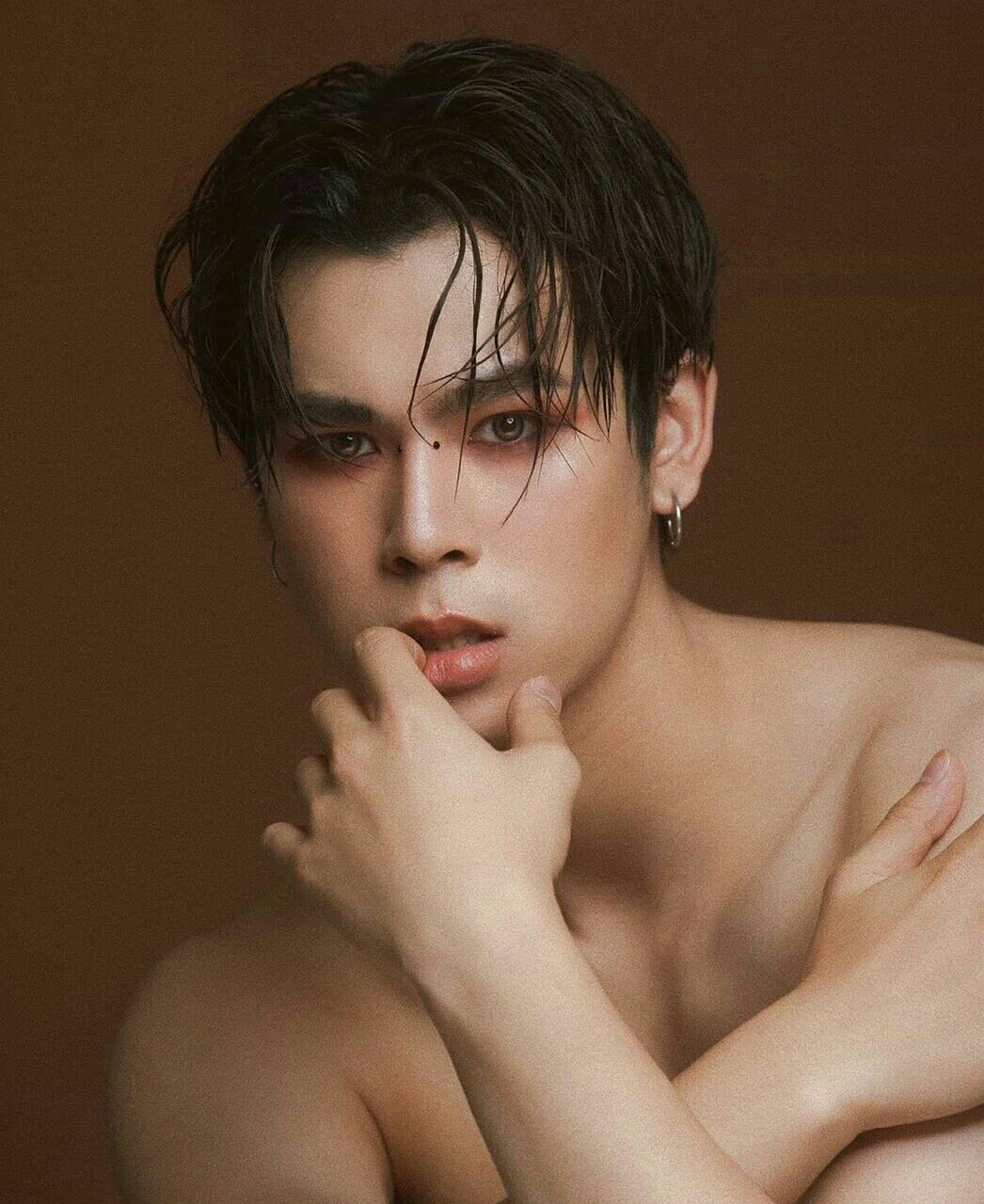 Welcome to the Psycho-Milk Top 30 Hottest Thai BL actors list! This is the second edition of the hitlist. The first edition was published in May 2019, and to provide perspective the ranks will be dual (Current and previous ranks will be indicated after the name of the actors). The criteria for the selection are here.

Mark Siwat (สิวัฒน์จุลมกุล) has that lithe, fit body perfect for a dancer. But that’s the least of his talents – his acting is at the heart of his being! Siwat was a standout among the talented batch of Thai thespians in The Stranded, the reason why he landed in 20th place. Such a compelling and powerful performance is worth the price of Netflix’s monthly subscription alone. Watch out for Mark in the upcoming second season of Love by Chance!

Projects: He She It, Ingredients

Jeff Satur (เจฟ ซาเตอร์) gives both disturbing and romantic vibes in the two underrated roles he portrayed so far – an intense and challenging (almost lunatic) character in the omnibus series He She It and as romantic balladeer in the foodie-centric BL mini-series Ingredients. WarperTV is obviously grooming this guy for fame! Go check out his YouTube music vids!

Projects: Why RU, YYY The Series

Poppy Ratchapong (รัชพงศ์ อโนมกิติ) exudes that exciting, confident persona that gives him plenty of opportunities to do sexy and comedy (or both). As the scene-stealer in the upcoming YYY BL sitcom, Poppy gets to do it up in drag, as a woman. But don’t discount his capacity to be bold and daring, with only a sampling at WhyRU!

Zee Pruk Panich (พฤกษ์ พานิช) uses his beautiful eyes acting as much as body language in his portrayal of “P’Fighter” in WhyRU the Series. It takes real-life experiences for him to convey the different emotions of this character, and he has succeeded in many instances he’s required to. It’s the sheer physicality of Zee than makes him a standout.

Kaownah Kittipat (กิตติภัทร แก้วเจริญ) wreaks havoc to many Tharn Type series fans with his unrelenting portrayal of the scheming, spiteful character Lhong. His portrayal is nothing short of phenomenal, yet still garners sympathy for the twisted lad. The fact that he also recorded a video of the theme song for TharnType the Series adds another dimension to his universally hated character! His other show – That’s My Umbrella – has been getting pretty good feedback, but fans are getting impatient for its arrival for viewing!

Projects: Until We Meet Again

Ohm Thitiwat (ฐิติวัฒน์ ฤทธิ์ประเสริฐ) is also an eye-actor who conveys his emotions with his expressive eyes. For someone so young, it’s a gift! While portraying “P’Dean” in Until We Meet Again is his first BL role, his inexperience serves as an advantage for him, as it gives his performance an unadulterated, fresh approach.

Project: My Engineer, My Bromance: The Series

His tour de force performance in My Bromance: the Series paved the way for his rising star status. As he spearheads My Engineer, Cooper Patpasit (ภัทรพสิษฐ์ ณ สงขลา) is competing with the likes of Bright Vachirawit (2Gether) and Saint Suppapong (WhyRU) as this season’s top alpha male – which makes him a major force in the Thai BL scene.

Nont Sadanont (ศดานนท์ ดุรงคเวโรจน์) plays one of the main roles in the film Dew (Let’s Go Together), the latest project of dir. Chookiat Sakveerakul (famous for the hit The Love of Siam). It’s a big jump for a newcomer, yet it’s justified by his demonstrably superior performance. He’s already won acting awards in Thailand for his role as a repressed gay youth who suffers from a tyrannical father and a hostile society at that time.

Tommy Sittichok (สิทธิโชค เผือกพูลผล) is my MVP in the current WhyRU series. Further research of Tommy’s acting resume shows that he has played a previous gay character in Love Song: Love Series as Vlog. With an undeniable onscreen presence, Sittichok has shown his prowess in both comedy and drama. He is this year’s breakout actor, in as much as Nont Sadanont has conquered the movies, Tommy did the TV screens! We invite you to learn more – his Profile.

Projects: The KISS Franchise, Our Skyy

One of the GMM-tv veterans, Tay Tawan (ตะวัน วิหครัตน์) – 28 yrs old – has already secured an Economics degree, enjoys vlogging on the side and represents the Kiss Series to the BL universe. Talented and humble, Tawan will be a major BL fixture for years to come.

The taller half of one of the longest-tenured BL couples, Off Jumpol (จุมพล อดุลกิตติพร), is reported to be very talkative. Aside from his gift of gab, he has this amazing K-pop look that many fans can’t get enough of. Like Tawan, Off (at age 29) is a respected BL veteran.

All names of the actors on the list are based on their popular Nicknames, followed by their first name. Surnames have been excluded. Thai names follow their English counterparts.

Note: To YouTube BL vloggers, I’m flattered that you love my hitlist, but try to make your own and be original. I’d appreciate being given credit for the text since I wrote it anyway. Thank you.