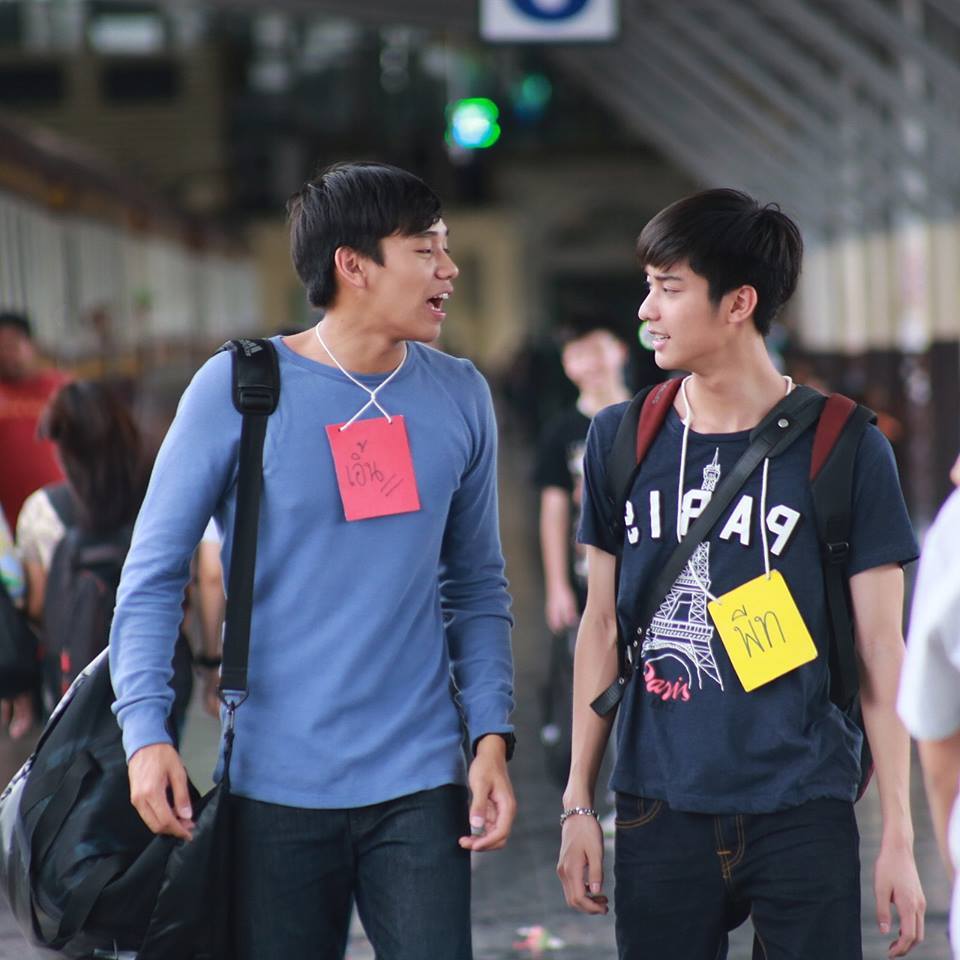 While Love Sick [season one] can be described as “up close and personal”, the second season is chaotic and complicated, but in a good way. Suffice to say, viewers have voluntarily made “emotional” investment on the characters and the series itself. I have to argue that yes, Season 1 is simple and engrossing – but Season 2 has something that the original series don’t have – Earn and Pete. I also like to think that Jeed, being the most villainous among the girls, has the potential for dramatic acting and so is Yuri, who gets more charming after each episode.

The acting from most of the cast is still tentative, as to be expected from inexperienced actors, yet even Kongyingyong Chonlathorn (Captain; ชลธร คงยิ่งยง) has improved.

The “teambuilding” arc, which began during the train ride is, definitely, one of the highlights of the entire series, and it explored so much – the characters have settled certain scores, foremost is the love game that became serious for Noh, Phun, Earn and Pete.

I suspect, even without reading the source, that Earn will become a major player come 2nd season and I was right. I mean, the guy has acting chops to boast, and his most endearing quality – his expressive eyes can compete with anyone in the cast and he’ll win hands down.

As of this writing, Ngern is the lead in the upcoming Waterboyy [ slated for 22 October release, 2 days from now ] so how’s that for impact!

Credit goes to the writer and certainly the director for figuring out what to do with certain crucial scenes – Earn’s ringtones and the message he wants to “shout” to Noh is one of the most endearing and the 3-way contest with the ping pong balls being one of the most intense and romantic of all. Jeed’s psychodramatic transformation from being a social climber to becoming a wild child + stalker is noteworthy while Yuri’s emotional response to Jeed’s taunts is very credible after the resounding slap on the face.

Honestly, I’m getting tired of Noh and Phun and their constant bickering. Their charm and novelty as a couple have already reached its peak after 4 episodes of Season 2 and it would have been entirely different and perhaps even more entertaining if the producers and the staff decided to focus on the other less explored characters. If they are going to be completely loyal to the source, then what’s the point of making changes/alterations in the first place?

It’s quite refreshing to watch Earn and Pete and some of the lesser known characters get screen time – Om and Mick (Napian Nanoob and Thitipat Min) and the other triangle featuring Per (Cheewagaroon Harit) and two other kids. Much screen time also went to Jeed and the girls, but we all know the stars of the series and they are all males.

Love Sick Season 2 – I don’t know about you but Earn Pete take the cake for a more intense relationship than the two main characters. I’d be happy to subscribe to a new season if they can explore these two guys more.

My favorite scene has to be when Earn explained to Pete how the body responds to a certain “stimulus” also known as love. That the heart has only one response – to beat faster. This scene was repeated during the final episode when Pete made his decision – the “he loves me, he loves me not” petal picking is one of the corniest romantic scenes ever, yet it feels so refreshing and for Pete to act as if it’s the most natural thing to do.

Love Sick, as I have mentioned already, is not “revolutionary” but I have to admit, it’s trendy in the way it promotes love being blind to gender or age or social status. I don’t know how people in Thailand reacted to the intimate scenes featuring boy + boy, but I know there are certain sectors in Thai society who must be proud of where they are – in terms of finding happiness within themselves and with the ones they truly love.

Much of the source of the episodes with English subs (Season 2) can be viewed via youtube, though KudaLakorn did an amazing job doing subs and much more for the series. The producers are certainly aware of what he did for the series so hopefully those videos stay for more people to see.