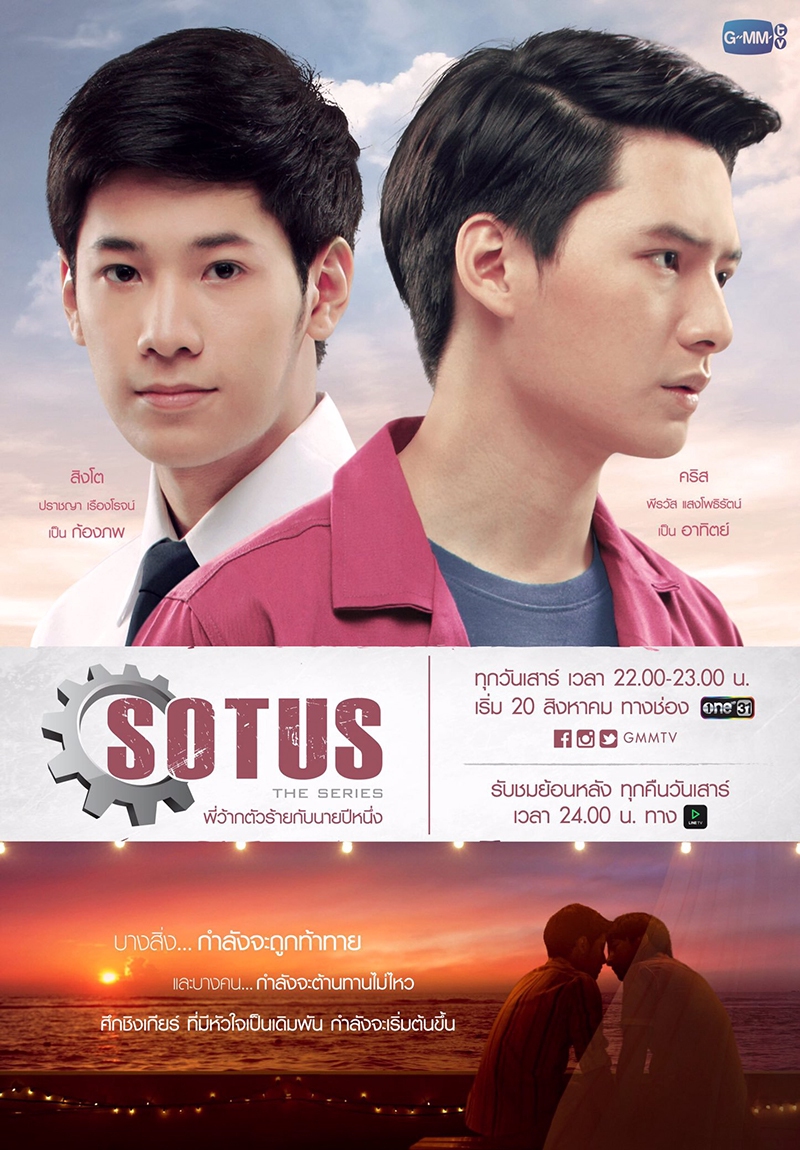 The series is based on an online novel, “SOTUS พี่ว้ากตัวร้ายกับนายปีหนึ่ง” by BitterSweet.

SOTUS: The Series (Thai: พี่ว้ากตัวร้ายกับนายปีหนึ่ง) is a 2016 Thai LGBT drama produced by GMMtv Ltd., and directed by Uphold Tradition, starring Prachaya Ruangroj and Perawat Sangpotirat. It was filmed primarily in Thailand.

The first 8 episodes aired between August 20th, 2016, and October 8th, 2016. After the passing of Thai King Bhumibol Adulyadej, the series was ordered to stop airing during the 30-day official mourning period. The remaining eight episodes were eventually shown between November 19th, 2016, and January 14th, 2017, effectively delaying the finale from its originally intended airdate of December 3rd, 2016. All episodes aired every Saturday on GMM Grammy – GMM One, with repeat episodes airing on Line TV

Plot: The “Gear” – or cogwheel – is the symbol of the Faculty of Engineering. It is part of a system of cogwheels that power and runs a device (e.g., a clock). If one gear fails, the device stops working. Wearing the “Gear” symbol signifies being a student of the Faculty of Engineering. However, in order to get one, all engineering freshmen must first undergo the S.O.T.U.S. (acronym for Seniority, Order, Tradition, Unity, and Spirit) system.

The third-year senior student Arthit (Krist Perawat Sangpotirat), is the head hazer and often abuses the power afforded to him by the S.O.T.U.S system, making the freshmen do things against the rules. Freshmen students are practically powerless to complain or resist any orders given to them by their seniors. Arthit was seemingly unstoppable until Kongpob (Singto Prachaya Ruangroj) stood up against the abuse. This initially resulted in a strained relationship between Kongpob and Arthit. However, continuous encounters between the two help transform their relationship into something much more than just affection.