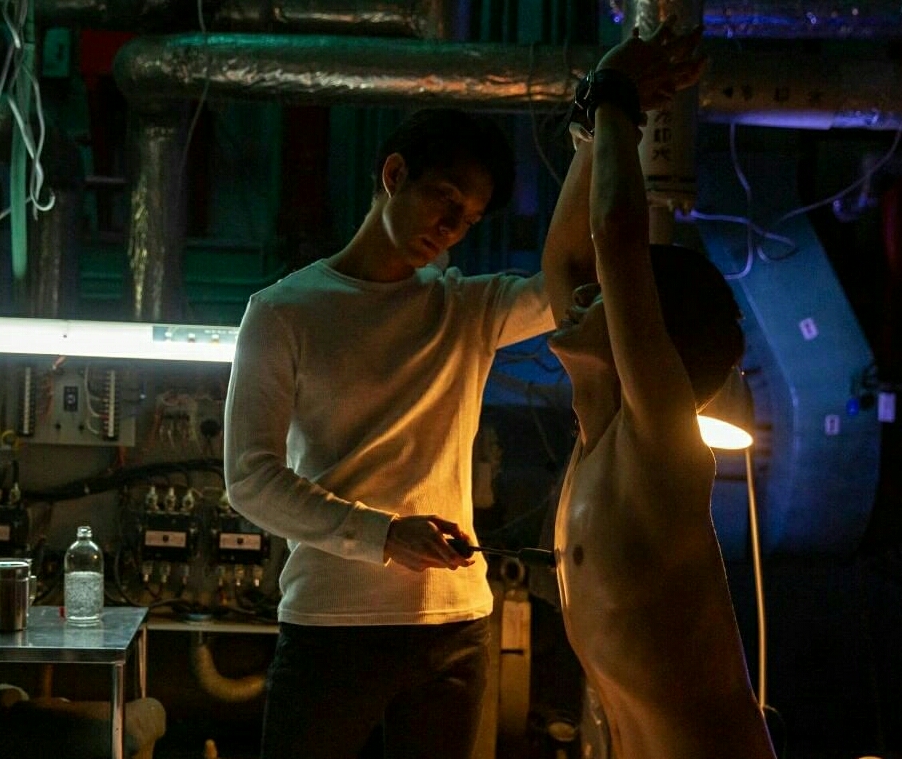 UPDATE: As of July 2020, NetFlix has made this movie available in Thailand for the viewing Audience

Translated in English as Sex and Dangerous Drugs, Sei no Gekiyaku is BL manga R-18 that has been downloaded more than a million copies as of this writing. According to Neko’s Daily Life, the printed version were all taken down due to the graphic nature of the manga.

Futekiya blog has the plot:

Sei no Gekiyaku narrates the story of Makoto Katsuragi, an elite office worker who fell from grace in his perfect life. In a drunken stupor, he attempts suicide via jumping off a building. He is saved by a mysterious man, Ryoji Yoda, who turns out to be more than what he seemed to be. Now, Katsuragi is under Yoda’s ‘confinement training’ and has to live the horrors of a dark, twisted love, which contributes to the film’s R-18 rating. Starring Sho Watanabe Sho and Takashi Kitadai, the film is sure to be a bold one. |source|

A series of making-of clips are also available in YouTube.

Here are stills from the movie.

Warning: Photos maybe disturbing and controversial to some viewers.

I saw an earlier film entitled Double Mints, but that movie cannot be compared to the intensity and provocative nature of this film.