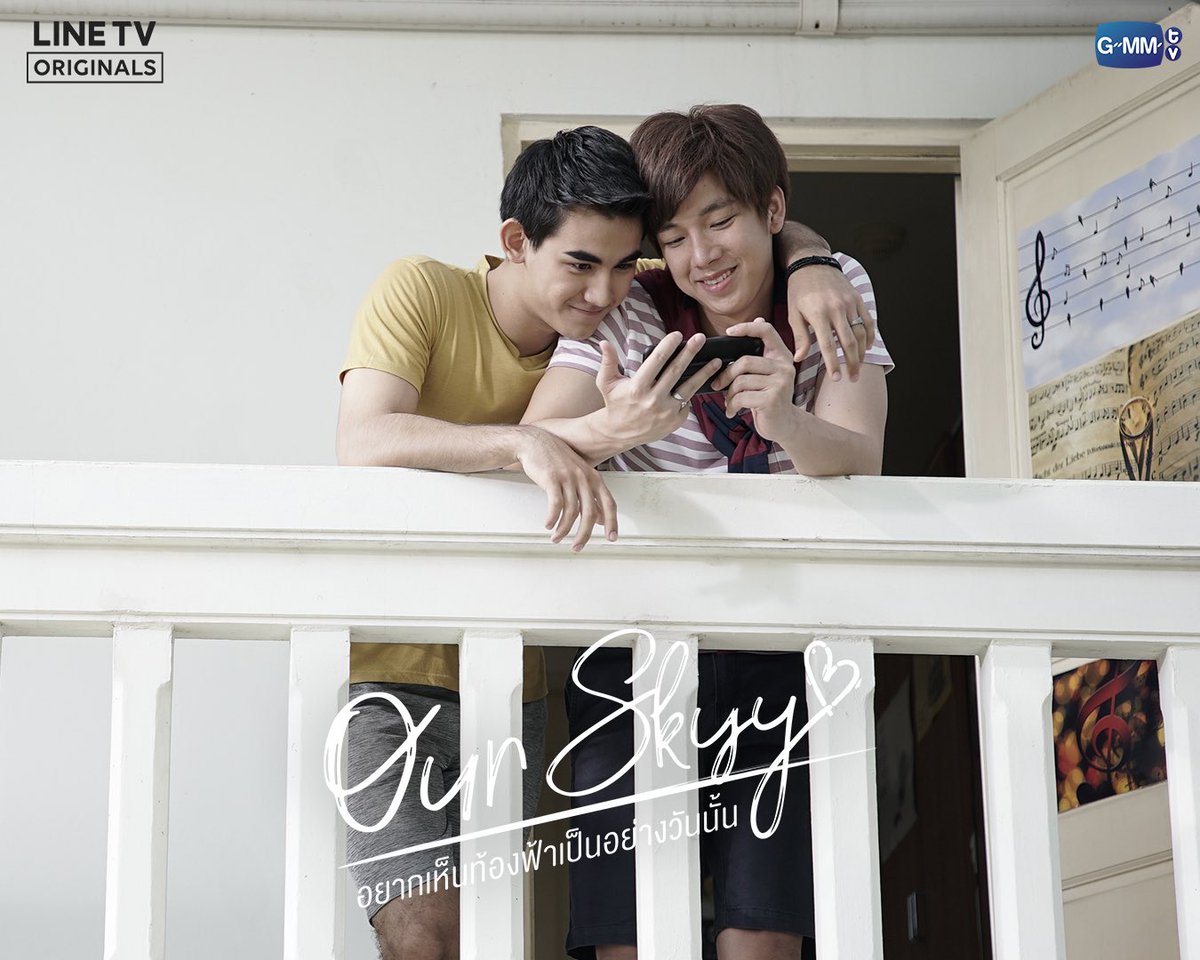 One of the biggest factors why some Thai BL dramas fail is the lack of focus. In the case of ‘Cause You’re my Boy, the production team’s biggest mistake – aside from lack of focus – is a lack of logic.

Boy A infuriates Boy B by giving him a bad haircut;

Boy B insists Boy A ‘pretends’ to be his boyfriend to get his girl back.

WTF! If he wants his girl back, I mean, he should do the opposite and prove his heteronormative position on the spectrum and not ‘pretend’ to be lovey-dovey with another boy. It only adds fuel to an already raging fire.

Well, to hell with logic! At least give us a reasonably straightforward (pun intended) story and put the couple on screen all the time. That’s what BL fans want and not wait for a week only to watch a supporting cast (Mom, dad, uncles, aunties) we don’t really care about.

For me, Cause You’re my Boy was already a losing battle, and then they announced Our Skyy, with Mork and Tee, as one of the handpicked couples.

One is testing the other, but got surprised instead. Both are now university students.

Our Skyy Episode 3 is a fast-forward look at Mork and Tee a few years later. This time, it’s all about the couple – no scheming Mom, no rich Auntie, and no annoying barber Dad.

The episode gave us its undivided attention on Tee (Frank Thanatsaran Samthonglai) and Mork (Drake Sattabut Laedeke) and whet our appetite by endorsing a very small amount of screen time for Gord and Morn.

While the premise of ‘testing’ the relationship is not new in BL, the chemistry between Drake (who stood out with his thick eyebrows!) and Frank is more pronounced than ever. Frank’s Tee switches roles with Drake’s Mork as he’s taken hostage by the green-eyed monster.

The ending ‘reveal’ can’t get any better.

The end result is that it salvages what’s left of ‘Cause You’re My Boy into something shiny and new and better.