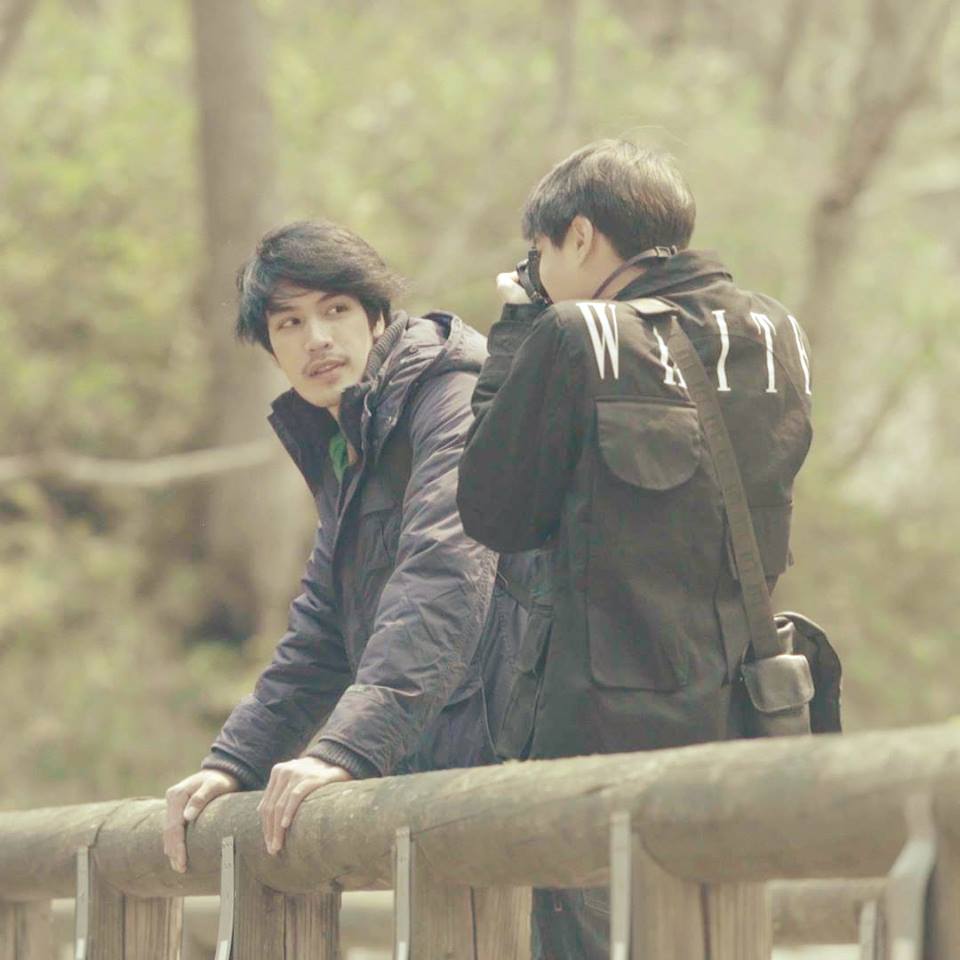 Toey (Adisorn Tonawanik ) is brokenhearted. His girlfriend of many years suddenly broke up with him. He goes on a trip to Higashikawa, in Hokkaido, to get away. Not that it’s famous like Osaka or Tokyo, but the small town is called a ‘photo town’ for its picturesque scenery. With its population of less than 9000, Higashikawa is the perfect escape for Toey.

A few uneventful days pass by when another young Thai knocks at his door.  Oat (Maroukasonti Kritsana), his new neighbor, asks to use the phone. What started as an initially unwelcome visitor becomes a friend.  After a night of heavy drinking, the two become intimate.

From their actions, it’s pretty apparent that Oat has gay experiences, but he’s getting married anyway in a few days. Confused by his newfound attraction for another man, Toey questions himself. With the help of his Japanese friend, Yumi, he begins to feel more secure about the new direction in his sexuality.

But before things can get even more serious, Oat changes his tune, much to Toey’s surprise…

The film’s production company has written quite an inviting intro to the film:

Join us for a heartwarming journey as we follow the simple pursuit of love. This is the simple story of Present Perfect.

Directed by Anusorn Soisa-Ngim, this tale of love, loss, and self-discovery is relaxed and slow-paced. This is much to my delight. At 1 hour and 42 minutes, the film mixes the dramatic Japanese setting with the growing intimacy between our two travelers.

Toey (portrayed by Adisorn Tonawanik ) is an emotionally intense young man. He has yet to explore many aspects of his sexuality. His emotional turmoil and self-doubt are a highlight of the film.  Adisorn offers a multi-faceted take on his character, making his acting look natural and effortless. It must be said that even in the face of despair and loneliness, Toey personifies a good-natured individual. He remains positive and hopeful.

Oat (played by Maroukasonti Kritsana) maintains a certain mystery throughout the film. Kritsana is quite a beguiling young man with his mischievous eyes and aggressive stance. We have yet to fully know him. While Toey is like an open book, Oat carries a lot of secrets. [His new look at the end of the film is a sight to behold!]

It is a novelty to watch Thai actors in a Japanese setting, much more if it features two attractive young men on the verge of love and romance.

Are we done with them yet? I definitely need some closure!