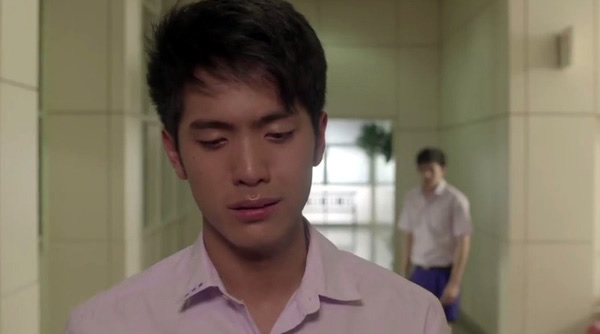 Beyond Fan Service: How Thai BL Actors are changing the landscape of shipping actors Part 1/3 [Opinion]

The definition of Fan service has changed quite a bit. If you google the term, you’ll be surprised to note that it has something to do with anime and Japanese at that!

However, we’re a Boys Love site, so we’re not actually stretching what Fan service really is, but here’s what I think it has become…

Fan service is an all-encompassing term that describes how couples (Thai BL love teams and now, Taiwanese) plan and strategize events before, during and after a particular movie or TV series. These events aim to promote the show by acting like a “real couple” outside the screen. This is where they act outside the script – being up close & personal toward each other – where various displays of affections are demonstrated publicly.

It is like somewhere between reality and fantasy. That’s what these Thai actors are doing. Note that most of them are straight, so all the fan service is just for ‘show’.

But who are they? Let’s see…

Sedthawut Anusit is Thee, while Chutavuth Pattarakampol portrays Phu. If you only entered the Thai BL scene after 2017, then you missed a slew of actors who have contributed to the rise of fan service, Thai style.

Sedthawut Anusit (popularly known as Tou) is dark (tan) complexion while March has a fair complexion and their skin tone complements each other. They are the exclusive BL couple in the Thai series, Hormones.

Hormones (Full title: Hormones: Wai Wawun, “Hormones: วัยว้าวุ่น”), promoted as Hormones: The Series, is a Thai teen drama television series produced by GTH and first broadcast in 2013. The show follows the lives and relationships of a group of secondary school students as they go through school and home life and face various issues. Breaking the mold of Thai television, which typically features Thai soap operas and sitcoms, Hormones was conceived with a style more commonly found in the U.S. and production values more usually associated with filmmaking. It also distinguished itself by featuring controversial issues such as teenage sex and pregnancy, homosexuality and school violence.

If reports are to be believed, the actor who plays Tou (Sedthawut Anusit) is taking up Law and at this time, maybe a lawyer already. 26-year old March Chutavuth continues to act and was part of Kiss Me Again, the series that features Tay-New. He was also cast as one of the leads in The Swimmers (2014), which also features Hormones co-star Thanapob Leeluttanakajorn.

Many International BL fans will tell you, its LoveSick that made them fans. However, the extent of the cast’s fan service is most felt by local audiences who were bombarded with events featuring the 4 lead stars of the 2-part series.

in 2018, the Bl team of Captain and White was ‘resurrected’ courtesy of Reminders, which is also reported to be a teaser for Season 3 of Love Sick. If reports are to be believed, then the original LoveSick cast is back!

We featured a separate piece on August and Ngern:

Here’s one of the many discussions we have there:

As for a hypothetical continuation of Lovesick with Earn and Pete as the main characters, I’d say my answer depends on how that would be executed. If that means more heavy censorship, excessive product placement, and an overall lack of interest in the story on the side of the creators – then I’d rather not see that come to light, to be honest. I’m still traumatized by the ending of their storyline in the series (in all of its fluorescent-lit, urine-filled glory. Yay). [read more]

In Part 2, we’ll feature the younger generation of BL actors!