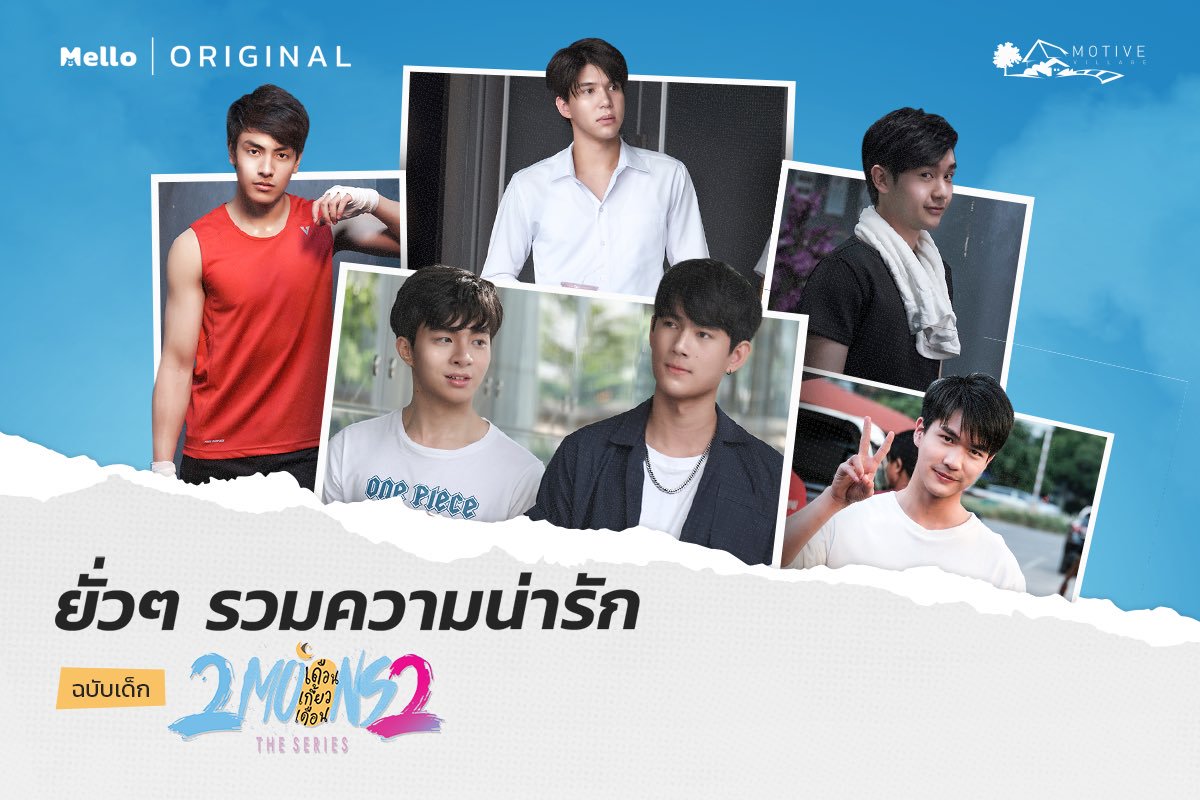 Episode 0 is a prelude to the much-awaited 2Moons2 the series. The new drama is to release its first episode on June 29. This so-called Episode 0 serves as an introduction and as a sort of guide for both old and new viewers of 2Moons.

Let me give you a recap.

There are 3 video clips. The first clip above features the series’ introduction of the 6 main characters. It’s like watching a beloved favorite comes back to life but with unfamiliar faces. While loyal, misguided and hard-headed fans of the old series ‘may’ boycott this release, it’s a pity because even Episode 0 brings so much to the table.

I like it that there is both romance and conflict. The flow of events and milestones are reasonable. My issue with plenty of Thai BL series is that there is much confusion. You may impress the new BL audience with hot scenes, but not me. I need to be satisfied with the flow of the story – there should be some semblance of logic and truth to it. Previous Thai BL dramas fail because – (1) they hired a completely incompetent director, (2) or the scriptwriter has no idea what the story is about and (3) the cast may be hot but has no acting ability at all.

Dir. Anusorn is an international film festival favorite and acclaimed filmmaker. He has nothing to prove because he already got what it takes. In this drama, he enters the Thai BL scene on local television. His film, Present Perfect won numerous awards. This gay-romantic film is set in Japan, featuring two young, attractive Thai men.

I have observed that Dir. Anusorn goes for both looks and talent. Perhaps there may be more attractive young aspirants than the chosen cast, but then again, he must have set his eyes on having his actors being good-looking and have acting potentials. Of course, this is what we have to wait and see.

Essentially, Episode 0 takes in the following:

Here are the 2 other clips to complete Episode 0.

I said this many times, I hate it when fans make it personal. The original cast is no more, they have been replaced. You either accept that and you move on or feel bitter for the rest of your life. I feel sad for this kind of mindset, I think it’s toxic and dangerous.

I always look up when Brasier tweets about how he feels, and this one is on target!

I think I just read all the tweets and wow… I’m so overwhelmed by all the positive comments. To be honest, when the episode 0 is aired. I didn’t touch my phone at all because I’m too scared. When they announced the cast on the first day, it was so hard to go on phone.

June 29 is the launch of the premiere episode of 2Moons2 the Series. I was looking forward to watching it already, but I appreciate how the producers decided to have Episode 0 first. I think it readies the audience for what’s about to come!