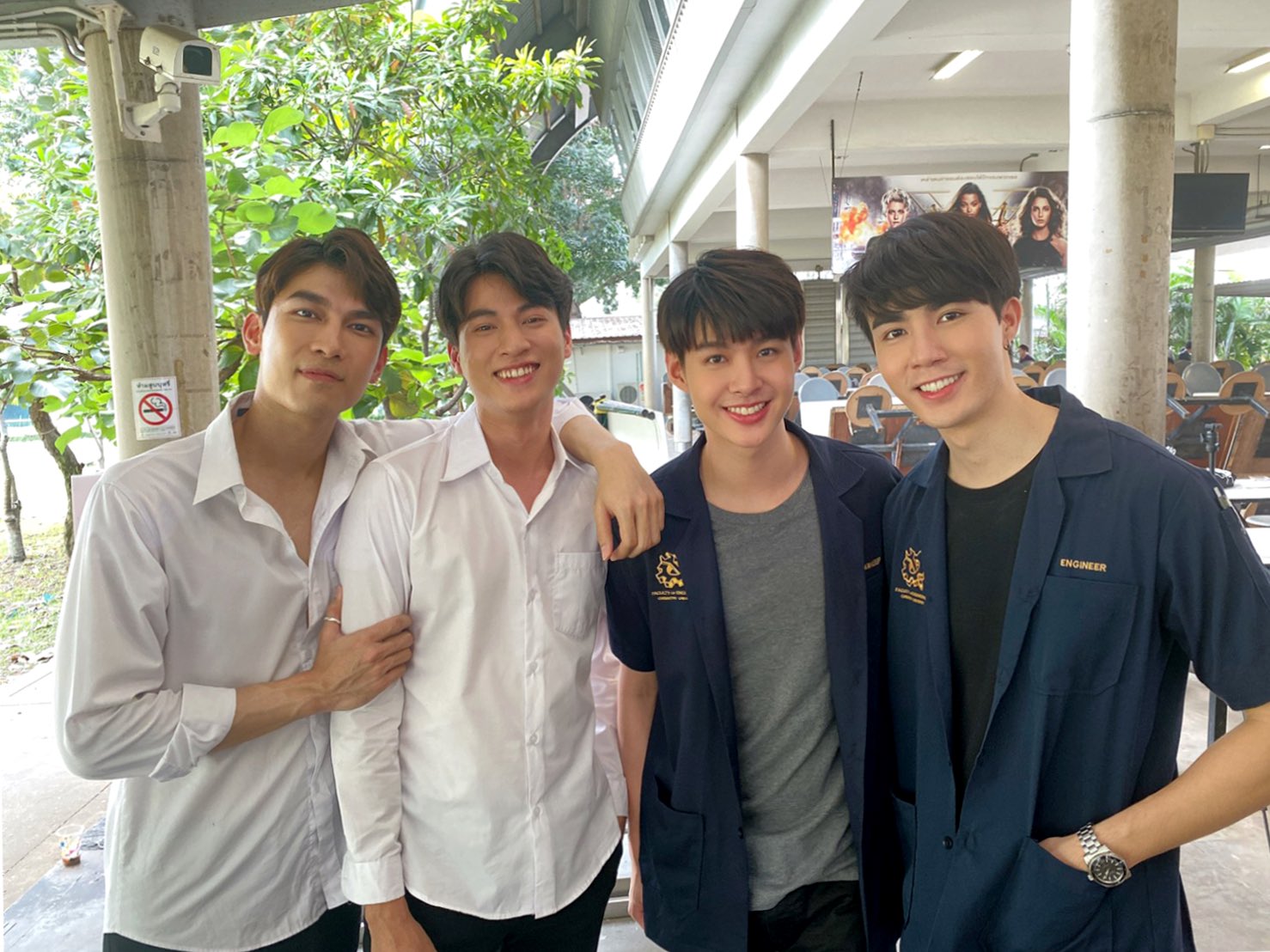 24 Dec 2019: The biggest buzz today and probably in the next few days is the crossover news of the WhyRU and TharnType cast.

As an intro, a Tweet by the author of TharnType shows the four major actors of the two series together. They are:

TharnType’s last full episode gained an impressive worldwide Twitter trend. It continues to garner huge playviews at LINETV despite the illegal uploading of the episodes at Youtube.

TharnType becomes popular to fans because of the realistic development of its characters and the competent acting. Under dir. Tee Sinta, it has a polished look and is technically superior compared to previous BL shows.

WhyRU has a similar theme – male students in various stages of romance with 2 major couples. But the comparison ends there – WhyRUSeries appears to be a bit lighter in terms of story vis a vis conflicts and confrontation. However, that remains to be seen. Due to the competitive nature of these indie production companies, each tries to present something unique to the hungry BL audience.

TharnType leads working for the cameras.

The crossover gives fans a chance to celebrate multiple BL couples who are popular and in-demand.