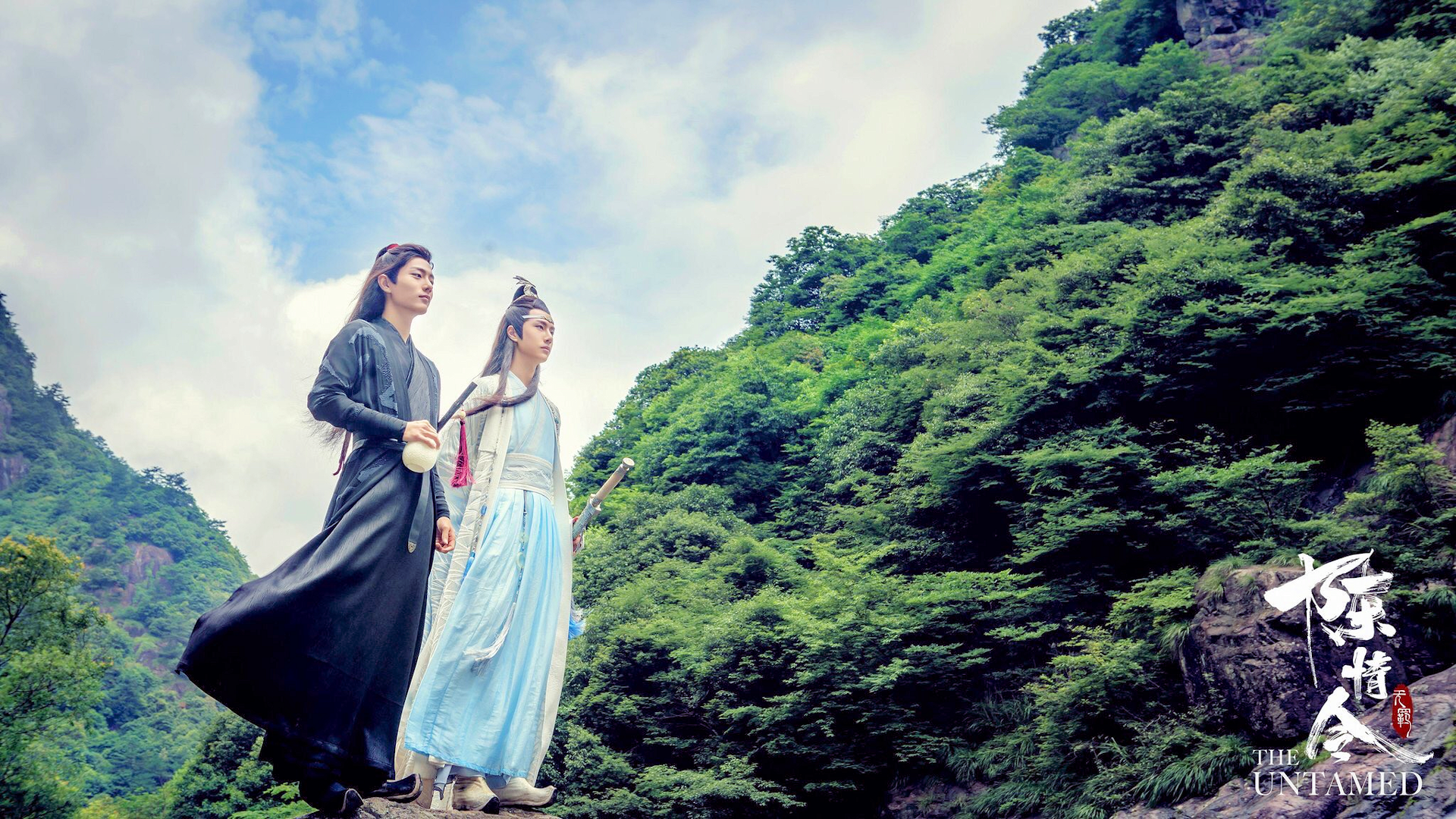 This is Part 3 of our review of the epic Chinese Bromance Series.

Acting and Chemistry Between the Main Leads

The Untamed could have been lackluster like most Chinese BL dramas are, but for the saving grace of the engaging storyline and the great chemistry between the main leads, LWJ (Lan Wang Ji) and (Wei Wuxian) WWX.

WWX, played by Xiao Chan, seems like a simple guy, but as the story proceeds, multiple dimensions of his personality become evident. Xiao Chan played WWX with a conviction that pleased audiences and fans, and made the character endearing. WWX laughs, fools around, shows remorse, grief, and rages when he loses control. Xiao executed each emotion so precisely – he bought WWX to life. Also, no one else could make “Lan Zhan” sound so adorable.

His better half, LWJ played by Wang Yibo however was a complicated character to play. Yibo needed to keep tight control over his expressions. Because until he met WWX, LWJ was stoic, and stone-faced. However, the changes in his persona become evident after meeting WWX. Getting closer to WWX draws LWJ out of his shell. Audiences even celebrated when LWJ smiled for the first time, after seeing WWX playing with rabbits. Yibo portrays LWJ’s feelings with the way his eyes always search for WWX and how smitten he looks when he gazes upon Wei Ying.

The great chemistry is due to the friendship and comfort that Xiao Zhan shares with his co-star Wang Yibo. Both of them are from the same music background, and they bonded over time because of their love for music. They even have nicknames, as Xiao being elder is called “Zhange” by Yibo while Zhan calls him “Didi.”
Watching both of them bicker and argue all the time in the BTS (behind the scenes) is hilarious. Yibo is the exact opposite of his character LWJ and loves to play pranks on Xiao, which causes Zhan to retaliate in kind.

However much they might argue, the fact remains that Xiao Zhan is always very protective of Yibo and would always guide him during some interviews. On the other hand, Yibo would be the support that the sensitive Zhan needs as well. During the last Untamed Concert, Xiao Zhan couldn’t control his tears, and Yibo stood beside his Zhange throughout the show. Their lovely chemistry stems from mutual respect and admiration.

The other main leads played by Song Ji Yang (Xiao Xing Chen), and Bowen Li (Song Lan) are great friends as they both are part of the popular boy band Untamed Boys (陈情少年) (TUBS), and always look good together.

However, my personal favorite is Wang Hao Xuan (Xue Yang) with Song Ji Yang (Xiao Xing Chen). Even though there are very slim chances of them Xing Chen ever falling for Yang, they looked good together on screen.

Another pair with the same slow-burn chemistry is Liu Hai Kuan (Lan Xi Chen) and Zhu Zan Jin (Jin Guang Yao). Kuan and Jin are great friends and can often be seen goofing around on the set as well as at events.

Another enchanting characteristic of The Untamed series is not just the storyline and actors, but also the beautiful music.

“Bu Wang,” sang by Wang Yibo, is a beautiful rendition describing LWJ’s longing as he searched for his lost lover after WWX fell off the cliff. This song manages to choke you on the offbeat emotions.

However, my favorite is “Wu Ji,” which is #WangXian couple’s song. The soothing music leaves you spellbound.

The soundtrack features 21 songs in total and is being marketed by QQ music. On August 19th, 2019 QQ Music announced that the sales for the soundtrack album had broken fifteen million copies, officially attaining Platinum certification. The album has been ranked as high as #15 on the list of the highest-selling digital album.