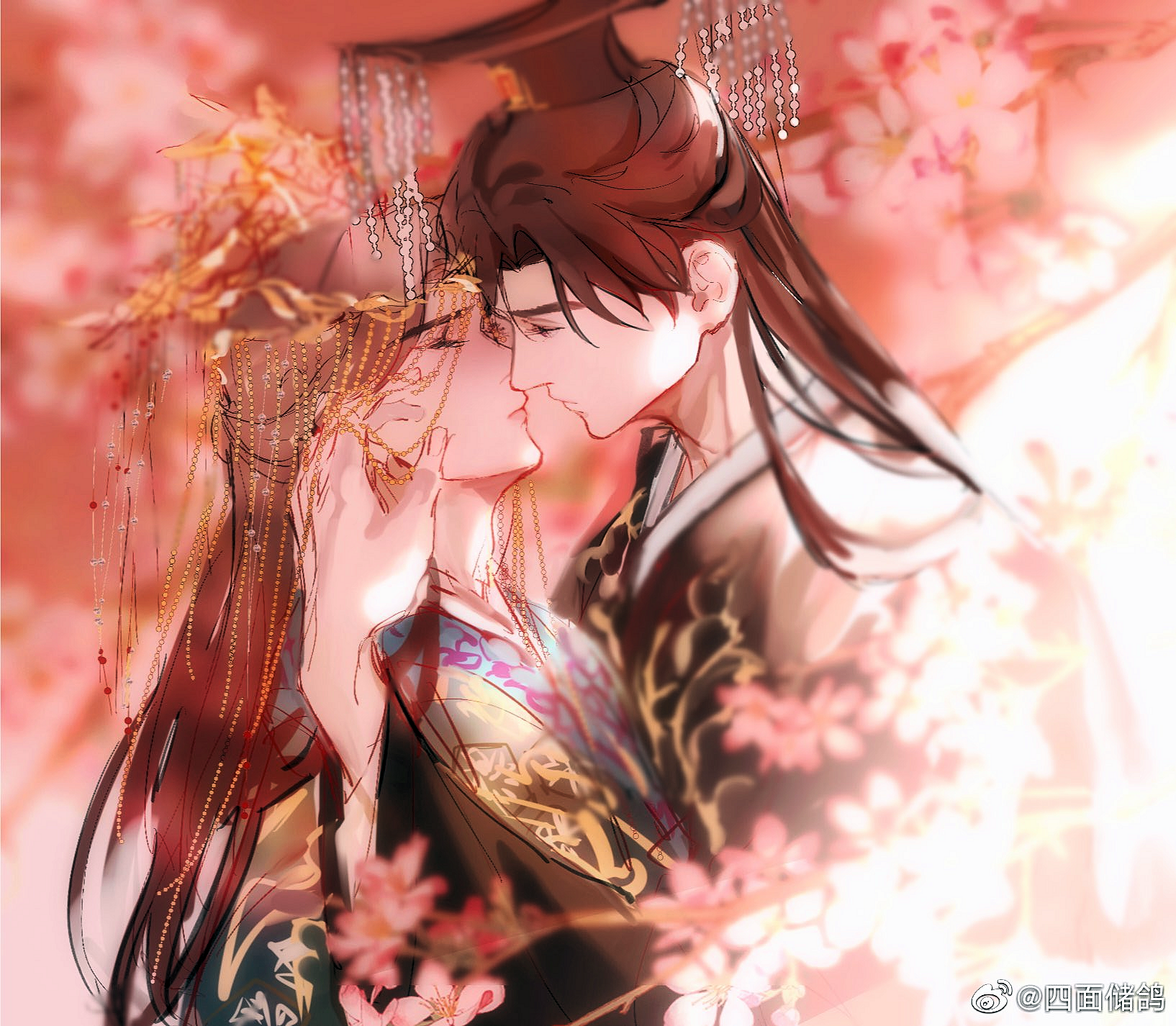 With the world coming to a standstill because of the Coronavirus quarantine, many shows have halted their shooting. However, for the most part, the lockdown has been lifted in China, and as such, one of the most anticipated dramas, Immortality officially began it’s shooting on April 24th, 2020.

Immortality (Chinese: 皓衣行) is based on the popular LGBTQ+ Xianxia novel “The Husky and His White Cat Shizun”(Chinese: 二哈和他的白猫师尊) by Meatbun Doesn’t Eat Meat (Chinese: 肉包不吃肉). Featuring two of the most popular Chinese actors Luo Yunxi and Chen Feiyu, this drama is already stirring up considerable interest not just in the locales but also on international shores. The drama series is expected to air on Tencent Video with 50 episodes, somewhere in 2021.

Storyline
Emperor of the cultivation world, Mo WeiYu deceived elders and slaughtered thousands around him, and committed all crimes and sins known to man. After ending his own life, he was reborn and transmigrated to the same year when he first became a disciple. Hidden in the shell of a boy resides an old and weary soul. Since coming back to life, truth after truth, hidden below the surface in the previous life experience, has floated to the top in the present and broken through the waters one after the other.

Of all these revelations, one stunned WeiYu the most – ShiZun, the one he hated to the bone in his previous life, had always been protecting him from the shadows. The heart of man can change; even demons and monsters can become compassionate and do good. However, WeiYu had sinned gravely; can the blood on his hands ever be cleaned? (Source: @rynnamonrolls on Twitter)

Chu Wanning is the cultivation master of the Sisheng Peak and has Mo Ran, Xue Meng, and Shi Meias as his disciples. He wears a snow-white satin with an outer drape of cloud-patterned silver silk, as he is the only person not required to wear the sect’s silver-trimmed blue uniform.

Chu Wanning is much feared because of his bad temper and is known for his heavy-handed punishments. However, despite acting cold-hearted, he silently watches after his disciples. Often mistaken, he always protects his disciples, often being injured himself for the effort. Considering his high levels of the Cultivation arts, he wields three holy weapons: the whip “Tianwen,” the guqin (a plucked seven-string Chinese musical instrument of the zither family ) “Jiugeand,” and the sword “Huaisha.” He has the power to create and mend barriers as he is responsible for maintaining the Ghost Realm Barrier (in this context, a virtual fence dividing the Mortal Realm from the Ghost Realm). He also possesses the wisdom to create mechanical devices like the Holy Night Guardian.

Luo Yunxi (Chinese: 罗云熙, born July 28th, 1988) portrays this complex character. Having played diverse roles in various drama series like My Sunshine, and A Lifetime of Love, Yunxi made his first breakthrough with an intense portrayal of “Run Yu-The Night Immortal / Heavenly Emperor.” I enjoyed watching him play such an extraordinary character with ease, along with a domineering presence.

I’m looking forward to watching his interpretation of Wanning.

Mo Ran is a disciple of Chu Wanning. Ironically he was the first Emperor of the cultivation world in his past life – Taxian Jun. Taxian becomes an immoral and murderous ruler after being influenced by the demon’s flower, which leads him to rebel against his own master. He leads a cruel, ruthless life and doesn’t hold back grudges.

After his death, Mo Ran is reborn and resurrects to the first year he’s a disciple of Sisheng Peak. Since he is haunted by the mistakes he made in his previous existence, he decides to be a better person. However, he is still utterly shameless, arrogant, confident, yet mischievous. He also cherishes the people he loves and likes to be spoiled by them. Mo Ran always feels guilty about the way he mistreated Wanning in his previous life and decides to pay more attention to Wanning in the present lifetime.

Arthur Chen (Chen Feiyu, Chinese: 陈飞宇, born April 9th, 2000), who became famous for his role in the 2018 fantasy epic Ever Night, will be portraying the dual-roles of Mo Ran and Emperor Taxian Jun.

Arthur is the son of famed director Chen Kaige who is well known for his epic storytelling and visual flair. Arthur has worked with his father prior as an Assistant Director.

Arthur Chen has a fresh outlook, and I’m interested in knowing how he will play the duel characters of a ruthless Emperor and a repentant disciple.

Shi Mei is also a disciple of Chu Wanning, and he specializes in healing and is close friends with Xue Meng. He was orphaned as a child, found in the wild and raised by the Sect Leader. Blessed with an almost feminine beauty as a boy, he was first named as Xue Ya (薛丫, Xuē Yā) which was later changed to Shi Mei.
Shi Mei is gentle, compassionate, and believes in solving problems with reasoned insight instead of fights. He is the only one who can control the situation when Mo Ran and Xue Meng get into an argument.

In the LGBTQ+ genre book, the character Shi Mei is male, and stands 183cm tall. When the drama was announced, there was speculation that the story would be watered down to suit the Chinese censors, or the gender of the characters would be changed. True to form, Shi Mei will be played by female Chinese actress Chen Yao (Chinese: 陈瑶; born October 31st, 1994), famous for her role as Yue Qiluo in Wu Xin: The Monster Killer (2015). It is a massive disappointment to the fans of the novel as such, but here’s hoping she does justice to the role.

Xue Meng is the young master of Sisheng Peak and is the son of Madam Wang and Xue Zhengyong. He is also one of the three disciples of Chu Wanning.

Xue Meng is often seen as arrogant and vain because of his rearing in an upper-class family. Inherently, he looks down on Mo Ran, his adoptive cousin. Despite this attitude, he is shown to take care of the sect matter professionally and can handle things effectively.

Chinese actor Zhou Qi (Chinese: 周奇; born October 10th, 2000), will be bringing Xue Meng to life in this adaptation. Zhou is famous for his supporting roles in drama series like Legend of Mi Yue, The Lover’s Lies, Fresh Teachers, and became hugely popular for his portrayal of Fang Yi Fan in the show A Little Reunion.

For those who of you who watched Ashes of Love and enjoyed the CGI effects, this drama series will feature the same effects team at the helm. Costumes are being designed by Huang Wei, who is famous for shows Tribes and Empire and Evernight.

The Tencent drama is slated to be one of the most expensive Chinese dramas ever, and the anticipation is building every day. Keep watching this space, as we provide you with more updates.