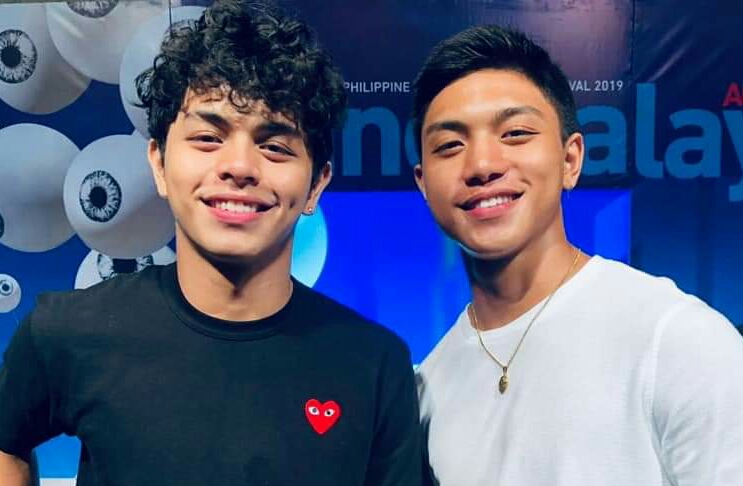 30 April 2020 updates: This acclaimed Filipino film is still not available online. The production team will announce when it can be seen via official streaming service.

Shown last August 2019 as part of the Cinemalaya film festival in the Philippines, “F#*@bois,” tells the tale of Ace (23) and Miko (17). Due to social media, they became famous with huge followings. But a video showing them in a compromising position could ruin their dreams of becoming actors.

Beyond the sex and controversy that is teased in the title and trailer of Eduardo Roy Jr.’s ‘F#*@BOIS’ is a gripping and suspenseful story of power struggles and the kind of oppression that pervades in male sex work. The film sheds light on how vulnerable male sex workers are, especially when they go up against powerful men, whose morals are corrupted by the authority they have because of their wealth. | source |

For “F#*@bois,” I watched the news one night and was disturbed by some of the events happening in Metro Manila and nearby towns, as reported by leading news agencies. I felt strongly about some of the characters and I needed to write about them. I did my own research and talked to several people to wrap my head around the story.

The short clip above is already filled with mystery, suspense, and the feeling of dread that the two boys are about to face. As sex workers, it is inferred that they are being blackmailed by a powerful individual.

One of the leads is Royce Cabrera. He plays Ace, the older of the two main characters. He is said to be quite enterprising and will use his body to get what he wants.

He only appeared in indie films but made headways on television via the ABS-CBN network.

Kokoy de Santos is the other lead actor. He is Miko, the younger among the two, and is not a full-blown hustler yet. He started a bit earlier than Cabrera but is seen at ABS-CBN too. He has this exuberant personality and it shows when he makes a music video.