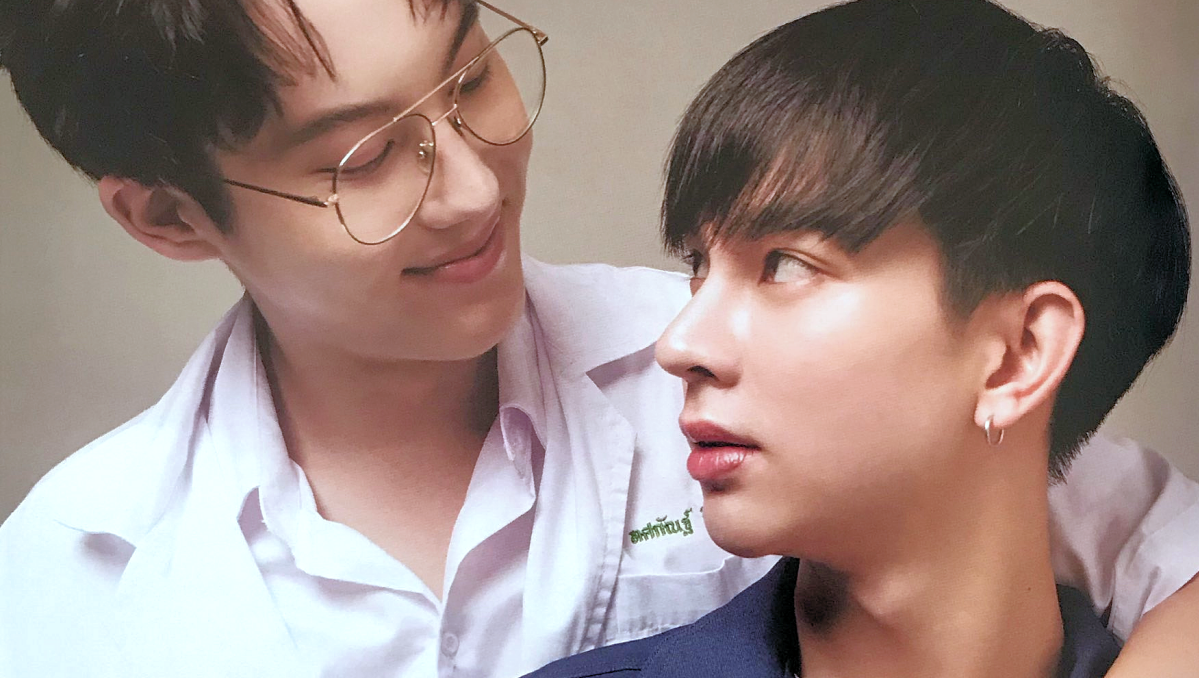 Every story, even the one that we love so dearly, must eventually come to an end. And it’s about time to say goodbye to Gun and Bar as they conclude their love story in the final episode of TOSSARA. Previously, the doctor and the head hazer have come clean about their relationship by announcing their status as boyfriends to the whole university. With them being a couple and no further obstacles coming to their relationship, it seems that they have gotten their perfect ending already. Thus, I can’t help but ask: is it even necessary to add another episode to the series?

The finale starts with an intimate conversation between Gun (played by Win Achawin) and Bar (played by Folks Thithipat), who are clearly enjoying their honeymoon phase as a couple. However, it doesn’t last long because Beam (played by Donut Patipat) suddenly interrupts their lovely moment and turns it into a comedy scene. Feeling annoyed, the doctor rudely chases his best friend away, to which the latter responds by exposing Gun’s obsession with the head hazer. After hearing the sudden revelation, Bar can’t help himself but tease his boyfriend, who makes him blush from embarrassment.

Fast forward to a few days later where Gun has just finished his examinations. The doctor and his boyfriend are enjoying their lunch together when they abruptly get involved in an argument. Bar is telling Gun about his future plans to join an internship program and the gear giving ceremony for the Engineering freshmen. Being a possessive boyfriend, Gun quickly objects to the idea and forces Bar to cancel his plans. The head hazer tries to talk some sense into the doctor by explaining the importance of both programs. However, Gun seems too blinded by his obsession with Bar as he keeps on asking his boyfriend to allow him to tag along.

Unaffected by his boyfriend’s whining, Bar stands by his decision not to let Gun participate in the programs. He makes it clear that begging in a relationship doesn’t mean that they have to always spend time together; it’s okay to be separated some times because both of them are grown-ups that must fulfill their duties. With a heavy heart, Gun tries to understand his boyfriend’s perspective and finally accept the circumstances.

“You can like me; you can love me. That’s alright. I like you too, and I’m okay with that. But if you’re going to spend all of your time on me, I’m not okay with that.”

Later that night, the two love birds alternately convey their feelings for each other, leading them to a passionate make-out session. Overwhelmed with desire, both agree to strengthen their special bond by bringing their relationship to the next level. The finale ends up with an endearing forehead kiss as they promise to spend the rest of their lives together.

My Thoughts Of The Series

I watched this finale of TOSSARA three times. At first, I thought that the ending was kind of sweet as we can see the other side of Bar; his gentle and caring personality that can only be seen by his closest friends. However, after rewatching the episode, I found this episode a bit confusing. I can’t stop asking myself: what’s the purpose of this episode? Is it to give a different perspective of the couple’s dynamic or to fulfill a predetermined broadcasting commitment?

Honestly, I think the second option best describes the finale of TOSSARA. While I do agree that we can see a different side of both main leads as they move forward with their relationship, somehow, I feel that the scriptwriters only cherry-picked their favorite parts from the novel and put them together without further adjustment. It feels like I’m watching a compilation of scenes from movies, disjointed and scattered.

On top of that, I think that the story itself actually came to its conclusion with the previous episode. The main questions of the series have been answered – whether Gun and Bar will end up together or not – and all problems that hinder their relationship have been resolved. So, what else do they need to explain? If they want to give a glimpse of their relationship after becoming a couple, I think they can add on the scenes after the conflict resolution; make some judicious cuts from the third episode and go straight into Gun and Bar’s confession. After that, end it with them having their first date as a real couple. I think that story flow would have served the narrative nicely, with no important content missing.

Despite my dissatisfaction with the scripts that have persistently let the series down from the beginning, I would like to appreciate their effort to educate viewers about healthy relationships. The conversation between the main leads about Gun’s possessive attitude shows that open communication plays an important role in any relationship. When there are issues, we should be able to discuss it with our partners to find the best solution for both parties.

Moreover, the series also gives a powerful message about consent in sexual relationships. There’s a scene when Gun leaves a kiss mark on Bar’s neck when they’re cuddling. Feeling uncomfortable with it, Bar confronts his boyfriend. He clearly states that Gun needs to ask his permission first before doing something like this, especially since Gun is not the primary individual that could be affected by such a move. The doctor then asks for Bar’s permission, and they end up sleeping together. This scene amazed me as I rarely see this kind of bravery shown by characters in a series or even people in real life; usually, they will remain silent even though they don’t like it, and it is wrong. So, I’m pleased to see that Bar is courageous enough to address the issue.

All things considered, I feel fairly delighted with TOSSARA. It is indeed Folk’s prominent performance as Bar that saves the entire series from failure. I can’t wait to see more from him in the near future.

Rating for the Series: 3 out of 5 stars [See our Review Guide]