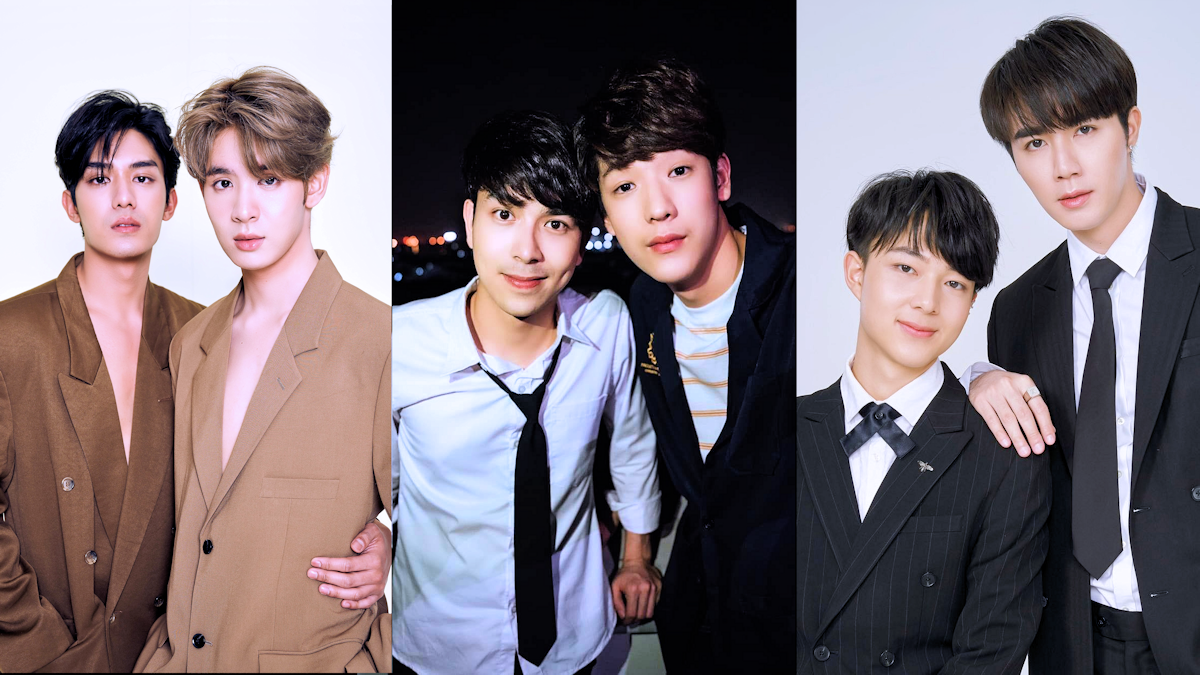 I’ve been waiting for more promo info on these new series from Aof, and haven’t received any. However, that won’t stop us from teasing these new series. The first is Cutie Pie. While it’s the newest to be promo’d, it’s had the MOST promos so far. Bed Friend is a close second, with Middleman’s Love pulling up the rear. Its Teaser came out months ago, but as it features one of my favorite BL couples, Jimmy and Tommy, Mii2, I didn’t want to leave it out.

(Source: BL UPDATE on Twitter) In the future, the sons of two companies are engaged to each other before birth. One of them doesn’t want an arranged marriage while the other wants to win the first over! The series will star Domundi newcomer New Chawarin Perdpiriyawong playing character Kuea Keerati, and Domundi senior veteran member Zee Pruk Panich as Hia Lian Kilen Wang. No information on shooting or a premiere date.

(Paraphrased) In addition to worrying about work, he has a headache from dealing with his fiancé again. Seeing his naive face, how can he be so naughty. From Hia’s anger and coldness it’s hard to adjust to Noo Kua who surprises Hia.

(Paraphrased)Kua was engaged to Hia Lian since before he was born. When the engagement causes him to change, will he be able to accept his new identity and role?

North will come to create a turning point in the story.

He’s a university friend of Kuea. His personality and behavior suit his name. It means ‘religious always’. A kind hearted guy.

Uea is a very private person who dislikes those men who portray themselves as Casanovas, while King is smart and is a Casanova. King and Uea work in the same office and both are best friends with Jade. They don’t like each other but begin to develop a rather peculiar relationship for some reason. Domundi boy James Supamongkon Wongwisut will play Uea, along with peer Net Siraphop Manithikhun portraying King. No information on shooting or a premiere date.

Last but not least, Jimmy Karn Kritsanaphan and Tommy Sittichok Pueakpoolpol, Mii2, star in another vehicle for this ship.

Source Deep Publishing says: Jade works as a graphic designer. He is always the one in the middle. Middle child. He has got an average grade in school. People around him either his siblings or his friends are so good-looking that he has always been overlooked or becomes just a middleman for those who want to know his siblings and friends personally. Jade has been in this situation for years and has to accept it unwillingly. He has built a high wall in his heart. He does not expect a romantic relationship since he has learned that whoever comes to him just wants to get close to the people around him. One day, his office welcomes an intern called Mai. Mai is an attractive student who is popular among the girls in the office. Jade notices that Mai often stares at him and his friend, Uea. He thinks Mai is interested in Uea, and yes – he will become a middleman for this again. But, he does not know that the one Who actually catches Mai’s eye is him. Let’s see what will happen when the middleman will not be overlooked as before! This promo shot was released in December of 2020, probably shot months prior, so all done before their Korea work – both of them look so different now. Below is the trailer, with both playing cuties that they do so well. No information on shooting or a premiere date.

We look forward to these series coming to life. Can’t wait for Mii2.