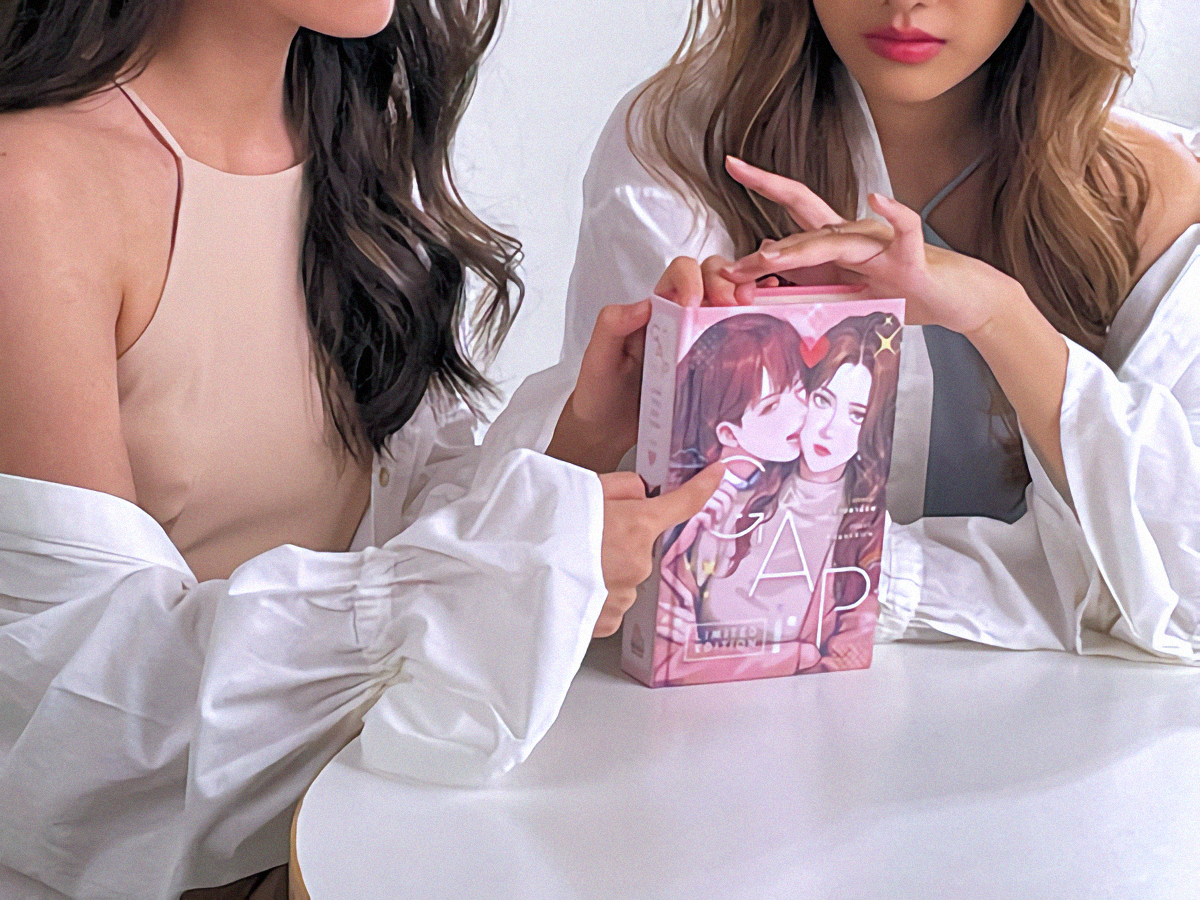 It’s been a while since we’ve done an update, and we are long overdue. We aren’t going backward but rather catching you up on the latest information put out in the last few weeks at the end of July and beginning of August. Many series have been put on hold, canceled, or pushed to release next year. Amidst the growing COVID-19 pandemic, many Asian countries have had rising case numbers, restrictions, and lockdowns. Of course, this has affected the studios and channels that produce & air them. So we wanted to try to put the information here in case you’ve missed anything.

Exciting news for those of us craving more diversity in our Asian media. There are 2 GL or Girls Love Series announced to release this year or perhaps next year, depending on the COVID-19 situation.

This project stars members of the Thai girls group BNK48. This band is progressive in acknowledging its strong lesbian fanbase. The three couples will be Jennis Oprasert (Jennis) and Punsikorn Tiyakorn (Pun), Natticha Chantaravareelekha (Fond) and Weeraya Zhang (Wee), and the last couple will be Milin Dokthian (Namneung) and Kanteera Wadcharathadsanakul (Noey).

It will be directed by Jojo Tichakorn, whose previous works include Gay OK Bangkok, Friend Zone, and 3 Will Be Free.

We will keep you informed as we find out further information.

A newly graduated student from university starts working in a big company because she has admired the super-rich chairwoman from a young age. However, when she meets the chairwoman again, her image completely crashes since she is totally unlike how the media shows her.

The lead actresses have been cast for this series, but identities have not been revealed yet. These are pictures taken from the author’s Twitter account for the series fitting day. Interesting quote as this is an 18+ yuri novel. “I asked him if it was really kissing. The organizer said all kisses are now real. Wow, wow wow”.

Current speculation is this title will be produced by Idol Factory as their next work. When looking for their next project, Chen Sodpho, manager of Saint Suppapong and Idol Factory talent, was seen holding a copy of the novel.

The current work of Idol Factory, Secret Crush on You, will also feature a GL pair played by Becky Armstrong & Freen Sarocha. The current theory is these two will also star as the leads in Gap.

We will keep you informed as we learn more information.

Turbulence the Series, written and directed by LWG’s own Louis Perez, is set to air on August 20th. It will be available on PaukKenTV YouTube Channel.

A chaotic story of love, compassion, honesty, lies, and the intertwined lives of young men, and the secrets hidden in the shadows of eyes too young to lie! A young man on the run, another who questions, a cousin with a secret, an ex-lover who can’t move on, and a brother who’s longing for answers. Who are they in this series?

IAMRAD.APP is a multi-streaming service platform that included games, shows, music, movies, and merchandise. Interested in finding out more details about this collaboration.

“Even if it’s not real, please say you love me.”

Light was sexually assaulted by his stepfather and always lacked love in his childhood. After his mother was killed— his only blood relative, he could no longer escape and was forced into prostitution. One day, he meets a new client who beats him up on the street. Shuo is an undercover cop trying to reach the drug cartel’s boss by working at a tailor shop. During a mission, Light catches his eye. He brings the unconscious Light and to the shop and shelters him. However, can Light really face his trauma and live with it? Or will he eventually go back to the streets and keep pursuing false love from clients? (Source – MyDramaList)

Their YouTube channel was hacked on July 28th and recovered on August 1st.

There will be a Fish Upon The Sky online fan meeting upcoming on September 4th.

They have also released the following statements in regards to delays for shipping of fan merchandise caused by COVID-19 .

They have also stopped accepting fan gifts at this time due to current conditions in Thailand.

If I am that right person for you, then from now on, you can’t say no to me.”

From friends to lovers. How will this relationship go when one is a good guy but the other one is a bad boy? Is it possible to turn a bad boy into a lover?

In Production: Secret Crush on You

Promotional material, including behind-the-scenes looks, interviews, and character bios, is available on the IdolFactory YouTube channel.

Current work for Cutie Pie the Series is on hold due to current COVID-19 restrictions in Thailand. Both solo and in pairs, cover songs from the Mandee artists have been released and will continue on the Mandee Works YouTube Channel.

There are also skits released on the YouTube and TikTok channels.

There will be a birthday fan meeting for Park Anomakiti.

There is a possible upcoming fan meeting for Zee Pruk and Tommy Sittichok during their birthday months.

It’s about Match, who’s looking for a roommate to share a big room in a new condominium. However, two guys contact him at the same time. Match has three weeks to decide which one he will choose to be his roommate. So Match starts a YouTube VLOG called #MateMatch #HelpMeChooseRoommate and asks the audience to vote for whom he should choose. So this is the story of what happens during those three weeks. (Source – MyDramaList)

Light On Me (South Korean BL)

Tae Kyung is an 18-year-old high school student. He is also a lifelong loner. One day, Tae Kyung starts questioning his own judgment and tells a teacher that he no longer wishes to be alone. The problem is, he has no idea how to start going about making new friends. So the teacher advises him to join the school’s Student Council. He agrees but then discovers that making friends may be harder than it seems.

Tae Kyung meets the Vice President of the council, Shin Woo, who is cool, level-headed, and somewhat cold toward him and also reluctant to accept Tae Kyung. However, he also meets the super-attractive President of the council: Da-On, who appears to take an instant shine to him. The beginnings of a romance appear to be in the cards for Da-On and Tae Kyung, but Shin Woo does not seem to approve. Matters are further complicated because Da-On’s close female friend – who secretly loves Da On – is jealous of their closeness and attempts to drive a wedge between them. (Source – MyDramaList)

A Man Who Defies the World of BL (Japanese BL)

It suddenly dawns on Mob that he lives in a BL world! He likes girls, so he must turn down any hot guys who approach him. But since it is their world, there’s just no escaping the public displays of affection around every corner.

Due to COVID-19 restrictions, they are unable to accept gifts at this time.

They are currently releasing a musical project collaboration from all their artists titled 7 Project.

The MV’s include some BL pairings and a GL pairing with Sammy Coates pairing with Pineare Pannin. The songs are available on YouTube Music, Apple Music, JOOX, and Spotify. In addition, the music videos are available for streaming on Studio Wabi Sabi’s YouTube channel.

Currently Airing on WeTV and Channel3

This show is the love story between a strict protector and a rebellious boss. Sky is a young master and the son of a mafia boss. Sun is the bodyguard who was sent by Sky’s father to protect him. But in the end, they fall in love with each other. How will they face Sky’s father? (Source – MyDramaList)

Check Out the series has been rescheduled for early 2022. However, episode 0 is set to air on the WeTV YouTube channel on August 22nd at 19:30 Bangkok time.