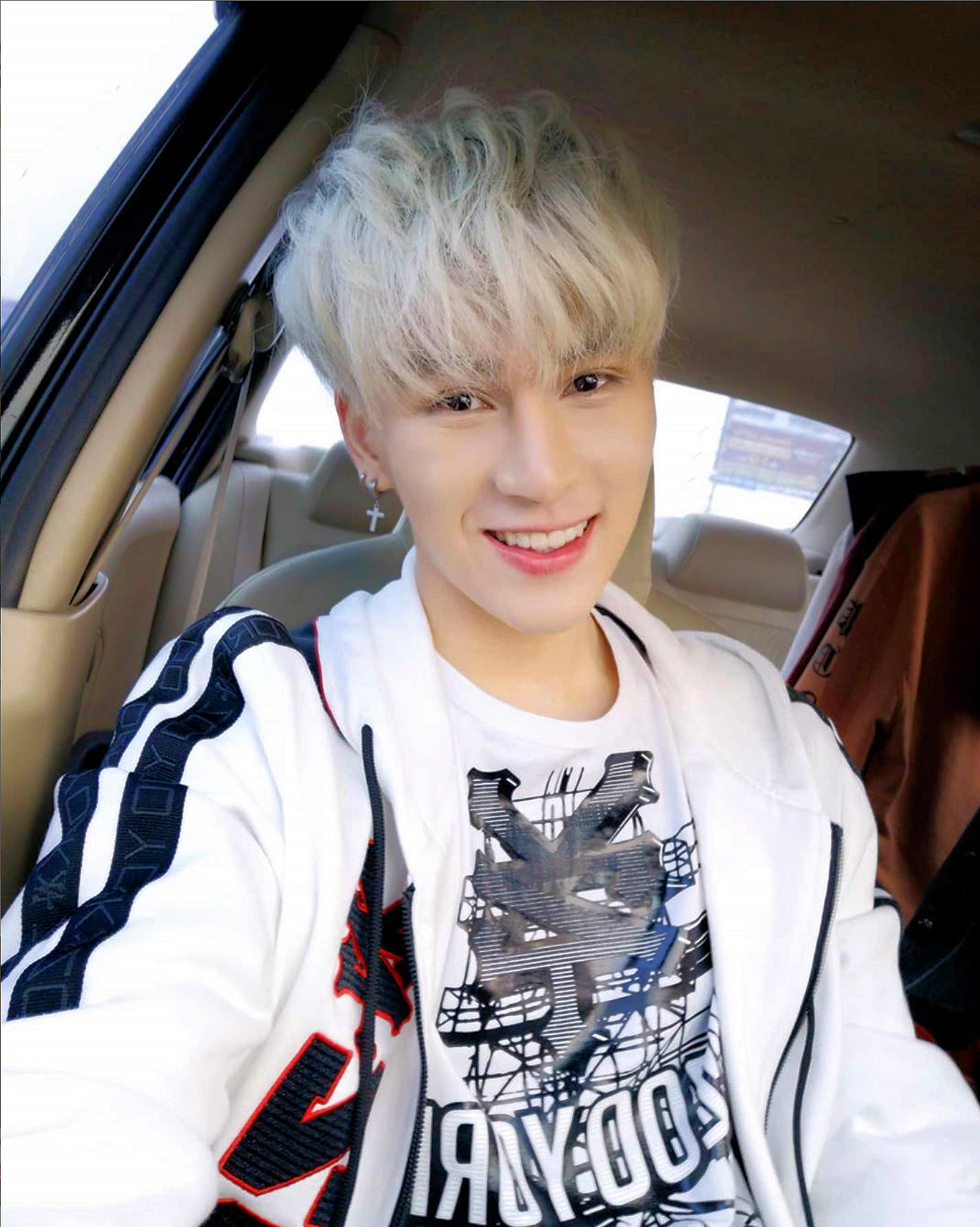 Hiter Natthad Kunakornkiat first appeared in The Best Twins with his co- stars in the current TharnType series, Mild and Kokliang.

As Tum in TharnType, he is still a fresh face in the Thai BL universe.

But the 21 year old handsome actor already has a degree in University. He took up a BBA with a concentration in Real Estate.

Further, he is also a model and has a talent for playing the guitar and singing.

What made you become an actor? Who discovered you?

Actually, it was since I graduated in high school. I started to go and try casting by myself because I wanted to do something to earn money when I had free time. It was around 1 year that I didn’t got any job.

After that I started to be chosen to work as a model for clothing brands and a participation in The Best Twin the series. Until I was in the third year at the university I go to audition for the role P’ Tum in TharnType the series and I was chosen.

What do you like your fans to know about you?

I love you all so much.

You are my energy to do my work. All of you are very important to me.

Do you have a dream role. If there is a chance for you to play a certain role, what kind of role will you choose?

I want to try a role that is adventurous. For example, action movie, getting stuck on an island. I find that challenging.

I have 3 hobbies that I usually do when I have free time.

In addition, I also love to read.

My fav song is 40km/hour – TerraCotta. My fav singer is Bowkeylion.

Are you a coffee guy or what drink do you enjoy most? What’s your favorite food?

I am a coffee lover. What I enjoy drinking the most is coffee, tea, and all kinds of juice.

Tell us about your favorite places. Is there any place you want to visit someday?

It is Lipe island at Stoon, Thailand. It is the most wonderful sea that I have ever visited. If I have time I would like to go there again.

Note: Ko Lipe is a Thai island in the Andaman Sea, near Malaysia’s border. It’s part of Tarutao National Marine Park, which is populated with small islands and known for its coral-rich waters. The island has sandy beaches, including Pattaya and Hat Chao Le.

Who are you close among the cast of TharnType?

It’s P’ Kok because we have a lot of scenes together. That is why we have to be close. More than that’ he usually pranks me. So, we are alose.

If there is a role for you – leading role in a BL drama in the future – is kissing another guy ok with you in acting?

Once I called it acting. I love being an actor. I will not discriminate any role. In my opinion, every opportunity is a chance for me to develop and improve myself. So, it will not be my problem.

Note: As Tum in TharnType, his character is supposedly involved with Tar (his step-sibling). We are not yet privy to what extent their story is to be revealed in the series. But taking cue from the source, it is a relationship bordering on incest.  Keep in mind that the brothers are not related by blood.

Please can you send out a message to your fans?

Thank you for supporting me and loving me. I don’t know what I can say and do to thank all of you enough.

For someone, even we have never met before, you always send me encouraging words, your love, and every other cute messages to me. All of you are my source of energy to do my work and to chase my dream. I love all of you from the bottom of my heart.

And, you are not only my fans, but you are my FAMILY.

You can reach out to Hiter via his Instagram and get updates on what’s happening. He is also active on Twitter.

As a reviewer and blogger through the years, I have the luck to interview actors on the verge of becoming big stars. Previously, I had the opportunity to talk to Nicholas Hoult and Robert Pattinson. They were not yet the big stars that you know them now.

I do hope Hiter also makes it in the big league. The guy is so sweet and friendly and he knows how to act too!