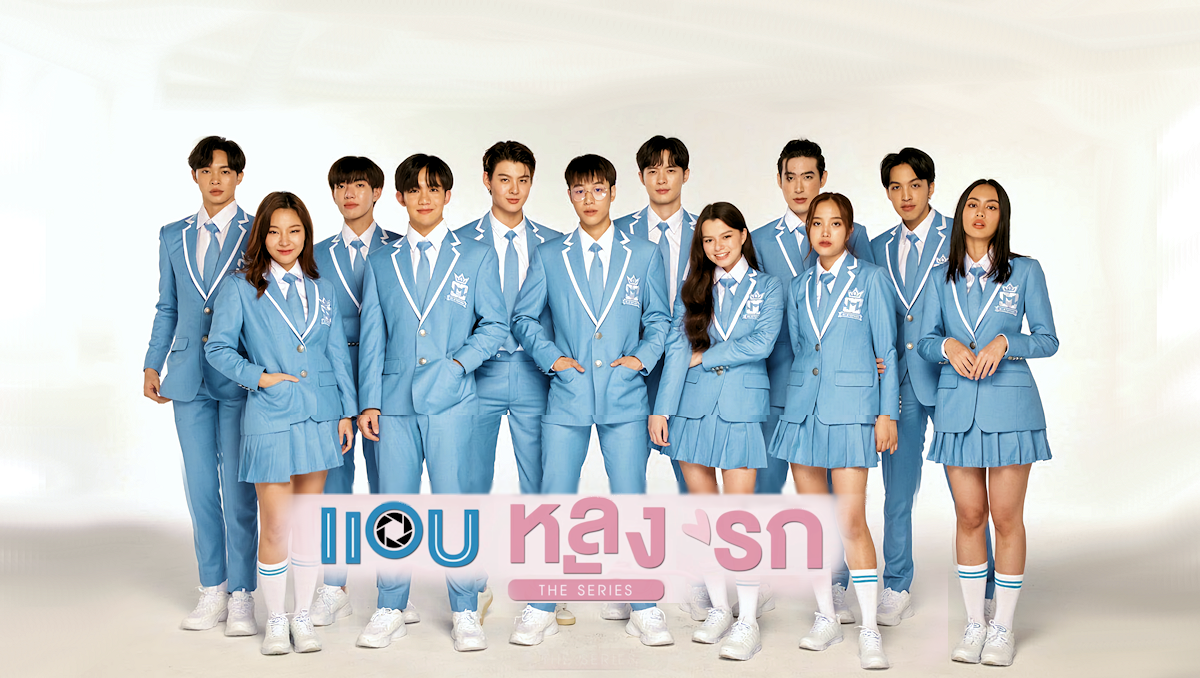 This piece isn’t a critique or Impression but is a commentary on what makes me eager to watch it each week.  I will start by saying there are flaws. I have yet to watch a series that doesn’t have them.  But the strengths outweigh the weakness, in my opinion. And I know I am not alone. Consistently it has gotten good reviews on MyDramaList, and each week the show’s ratings among Thai viewers remain steady. The YouTube Idol Factory versions are around 1 million per part of each episode. So what is it that makes me love it?

I love the character Toh. He is flawed, over the top, dorky, cute, and a bit of a collector of items from his fantasy secret crush Nuea.  I won’t get into the collecting part here. Maybe in a different review, I will do the good, the bad, and the meh. Back to Toh, he is happy doing what he loves, photographing and collecting, plus being with his friends. His friends don’t put him down but accept him, bad habits and all. That kind of acceptance is a plus for me. I have never been one to fit in, and I have a terrible habit of throwing myself into whatever interests me. My husband & friends also accept me.  I know that I’m fortunate.  Not everyone has accepting friends, but I was happy to see Toh had a tremendously supportive gang.  Also, this is his love story.  It’s lovely that the weird, quirky, and charming kid can be the main character, not a side character played for laughs.

Women: We have a supportive best friend, Som, who fits in with the group of gay men. She’s the lone female of the pack.  She’s treated equally among them. We have a very kind mother and sister of Nuea. Women aren’t all evil.  It’s refreshing to see them fill different roles. It’s almost as if they are just people.  Prao’s gang is the exception, but they are ruled by the queen mean girl herself.

Lesbian: We have the lesbian couple in Nuea’s squad, Kongkwan and Fon.  They are very playful and are great friends to everyone in both gangs. Lesbians.  Treated as normal.  Nothing strange or weird about the two of them loving each other. I can’t wait to see how they treat Gap! 💕

Bisexual: Nuea appears bisexual as he’s dated women before this current relationship. But not everyone needs a classification. We have another bisexual, Sky, who also has his first male + male relationship after dating women in the past. Dating a man is not a hangup for either man. There is no “Oh, but I don’t like men, I only like you” trope.  Both men accept they have feelings and attraction to another guy, even though it’s the first experience for both. It’s a rarity to see in a BL two bisexual men without hangups.

Gay: We have soft gay men like Toh and Jao. They are sweet and kind but definitely gay. No one brings this up; it’s just understood to be true.

Trans: We have WaiWai, who is Prao’s friend. And we have Hippo, Sky’s friend. An interesting note is that Hippo seems to be shocked that Sky is interested in a man since he only brought girls to meet them before.  She puts Jao on the hook by asking about his feelings for Sky.  This question helps` Jao feel brave enough to confess his feelings to Sky.  There is also a noodle vendor we meet when Daisy and Touch grab some food together, like a first date.  She isn’t mocked or made fun of for being transgender. Daisy calls her sis. It’s sweet.

Gender Fluid: We have Daisy/Day.  Daisy is a trans woman, in touch with her feminine side and very happy to present as a feminine guy, who loves clothes, makeup, boys, and her friends. I’m using her because, at one point in the dialog, Som says she is a transgender woman, but I asked my Thai friend if Daisy went by he/him or she/her.  We’ve learned pronouns are important to people. I was told that Daisy went by he/him.  As Daisy explores being Day, I feel they introduce a gender-fluid person in this show.  It is rarely seen in the media.  A gender fluid person does not feel tied down by gender, so they can be free to be he/him when they feel like he/him and she/her when they feel like, or they could go by they/them.  All the members of both groups support daisy/Day. No matter what, Daisy/Day is loved.

I love that they tackle many issues that affect the current generation.  We have Nuea and Toh teaching us this truth. Everyone deserves to have love. Toh is gorgeous and sexy to Nuea. That’s lovely. There doesn’t need to be a glow-up or a personal transformation to be beautiful. Nuea loves him for who he is.

The show also discusses body image issues, self-esteem issues, cyberbullying, and bullying in general. The cruel remarks about Toh’s appearance, the way that Touch’s friend calls Daisy too girly, the anonymous photos posted with nasty comments about Jao’s weight; all these are issues that many people struggle with. It’s not ok, says Sky to Jao. And I agree. It’s not.  We have yet to see how things are resolved, but I’m happy to see them brought up. They even subtly bring up the political protest movement from the LGBTQ+ community by having two trans women walk off their noodle stand to join the protests.

That’s why I look forward to the show every week. Shewin’s shows always have heart. It’s the best way I know to describe it. I fall in love with the characters and the struggles they go through. I cheer for them to overcome the obstacles in their path and learn from their mistakes. Above all, I root for their happy ending because we all deserve one.

BL YAOI Tropes? Not with Fighter and Tutor!