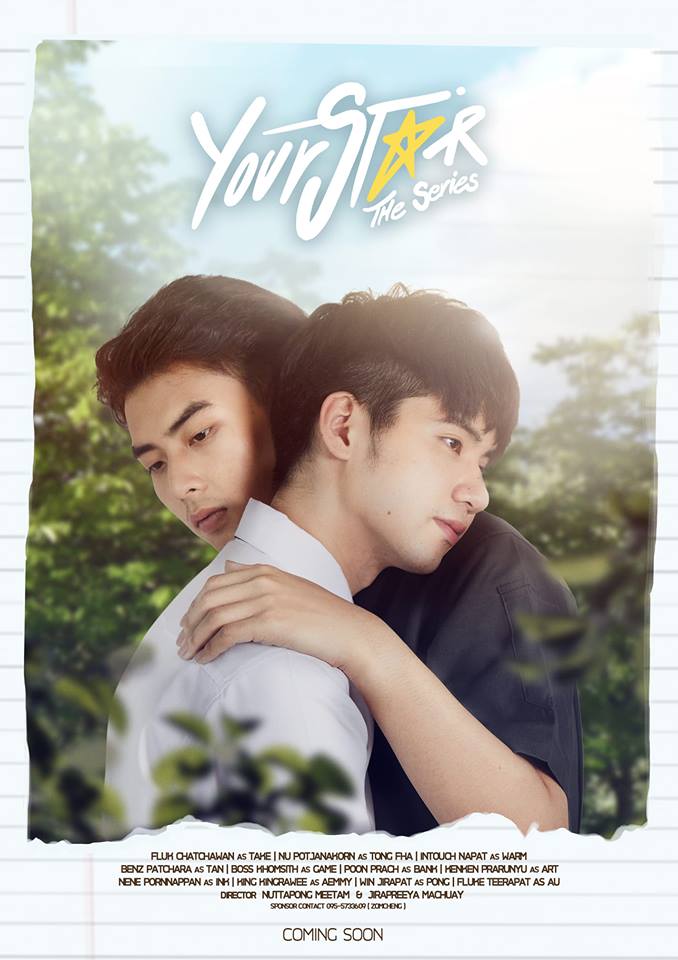 Your Star: the Series is one of the latest Thai BL to watch out for! I became quite excited when Fluke Teerapat Lohanan is selected to be one of the supporting cast.

What is it all about? Here’s the storyline:

Entitled Your Star: the Series, it revolves around a young man who is known to hate homosexuals. He wants gays to leave the world and simply disappear. But here’s the rub – he soon discovers that his younger brother is into a gay relationship. Is he going to do an about-face or prevent his brother from this ‘seemingly’ forbidden relationship?

To add more spice here’s a comment worth a read:

You can probably digress more by watching the video clip:

Here is the cast of the series. [courtesy of the drama’s official Twitter]

Taking the lead roles are Fluk Chatchawan Jitraxtham as Take and Nu Apipatcharapokee as Tongfah.

Come to think of it, the other cast is Benz Patchara, who is part of Bromance, The Series. Fluke Lohanan is the lead in Bromance, the movie.