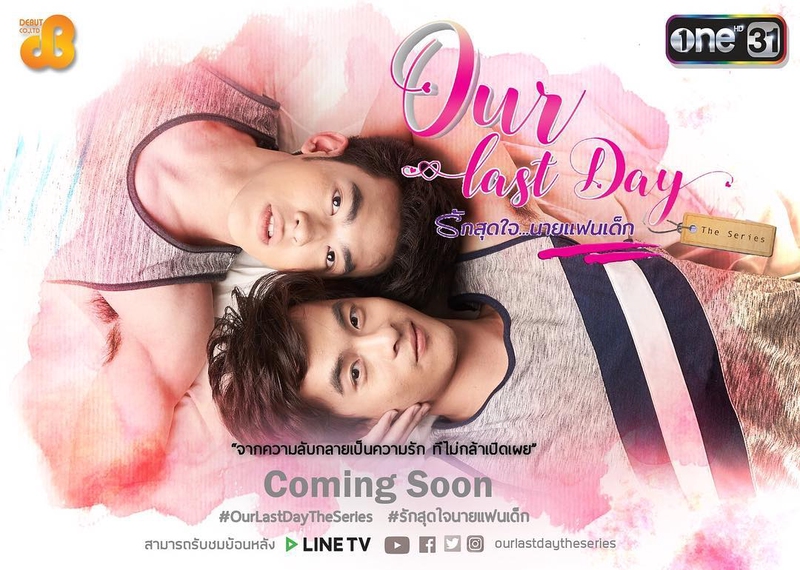 Our Last Day has the ‘misfortune’ of being a Thai BL managed by one corrupt production management. Without any confirmation of when it will be released, the new series has a controversial, notorious, naughty storyline that goes something like this…

A handsome playboy named Ark (Pleum Nachkun) is played by Fayai (Green Pongsatorn), a Uni student with a bad reputation. You see, Ark, woke up after a night of wild sex with a bad feeling. He’s been made to act as the submissive partner in the game concocted by Fayai where he is helpless and has no control. Revealing part of his scheme, Fayai orders Arc to continue being the submissive partner, who has to follow his whims and wishes. Otherwise, uncompromising photos of them will be circulated!

He has to endure being Fayai’s ”maid” doing everything from cleaning to cooking. And Fayai even prevents him to meet up with the girls in his stock. Fayai is the destroyer of his happiness. Ark doesn’t understand why Fayai is doing this. What is his reason?  Being close to each other makes Fayai develops a special feeling to Ark, and vice versa. Hatred turned into love with(out) them realizing it. [source]

Here are samplings of the two leads with some clips!

There are other actors playing supporting parts. I will try to post more details as soon as I get them from the series’ official Facebook page.