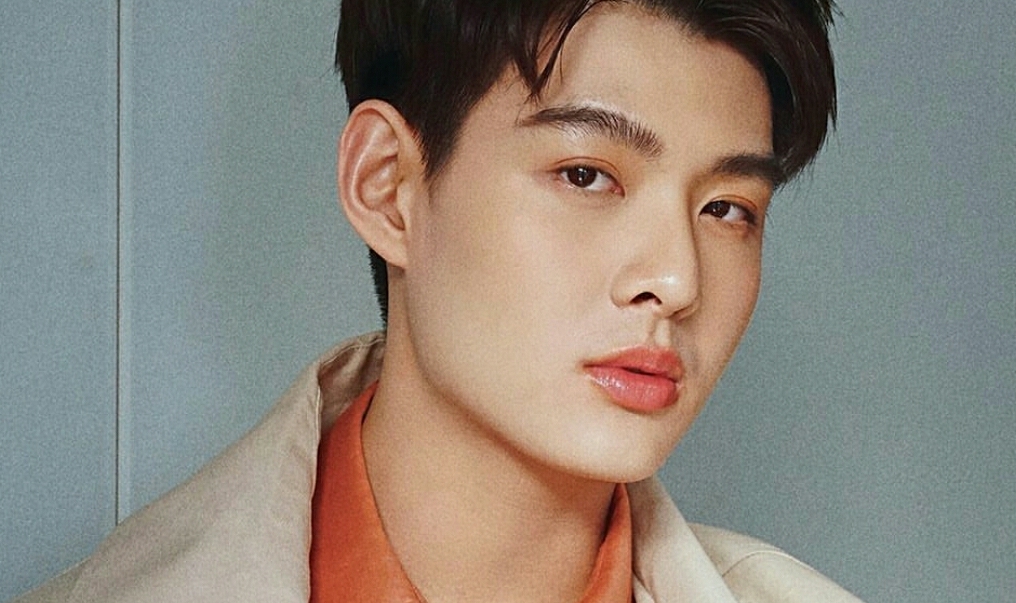 While being nicknamed “Saint” appears to have been out of a simple adaptation of a movie title, some romanticize that there is more to it than meets the eye.

For someone born in a country dominated by Buddhism, a Catholic name can raise eyebrows. That is why Saint Suppapong differs from everyone else.

For Catholics in the Philippines and South America and many locations in the USA, a Saint is a venerable figure that is identified with being pious and heavenly. It also evokes beauty and spirituality. No wonder, Saint_sup has thousands of Filipino and American fans.

Movies amass a history of celebrating male beauty. Clàssical, award-winning films feature hard to find young, fresh faces that epitomize our collective desire to showcase young men at their most beautiful. Let’s have a look at some of them:

Bjorn Andresen plays Tadzio in the classic Death in Venice, all rights reserved.

Swedish Bjorn Andresen plays Tadzio in the award-winning Luchino Visconti film “Death In Venice”. Released in 1971, it tells the story of an artist at the twilight of his years who saw (and became infatuated with) a beautiful boy during his stay in Venice. This video alone features Andresen flirting with the older man (Dirk Bogart).

Ryuhei Matsuda was only 17 when cast in Gohatto, released in 1999, all rights reserved.

Japanese Ryuhei Matsuda was handpicked to play a young samurai in Nagisa Oshima’s controversial film about homosexuality in the Shinsengumi at the end of the samurai era in the mid-19th century Japan. Entitled Gohatto, it was released in 1999. Chuck Stephens in Film Comments wrote:

Lips pinched tight, bangs like fangs, his body slight as a girl’s, Kano—played by 17-year-old newcomer Ryuhei Matsuda—is some sort of teenage daydream: a pale and lethal alien from the glitter side of the moon. | source |

A few generations after, it was fellow Japanese actor Kyosuke Hamao who followed in this tradition by playing the lead in Takumi Kun series, about high school boys falling in love.

Amsterdam based Gijs Blom rose to fame via the 2014 film Jongens. He plays Sieger, a conflicted young runner who has fallen in love with fellow athletes, Mark (Ko Zandviliet).

Others worth mentioning are the late River Phoenix (My Own Private Idaho) and Leo DiCaprio (Total Eclipse).

And who can forget Mario Maurer and Pchy Witwisit in Love of Siam? The critically important film became a precursor of how Thai BL series has developed through the years.

Playing a gay or BL character: Privacy and the lack of it

Before we get to Saint. Below interview with Witwisit seems to resonate with Saint’s current status as an Asian idol:

Witwisit has an army of fans in China who would take a bus ride for three days just to meet him on his frequent visits. Although Witwisit says he adores and appreciates his fans as they’ve been instrumental in getting him where he is today, he also guards his privacy as much as he can. | source |

The debate rages to this day about an actor’s sexuality, especially so when he plays a gay character.

One side argues about personal privacy while another assumes that a public figure is fair game, therefore anything can be speculated.

The Turn of Saint

Saint Suppapong in one of his Instagram posts, all rights reserved.

Why the popularity? Why the loyalty of fans and why the notoriety of his rivals (and their agents)?

Says an Asian reviewer and blogger, The Problematic of the Unproblematic:

Saint Suppapong Udomkaekanjana, who plays Pete, has the most luminous skin I have ever seen on any man, woman, child, or newborn babe. | source |

The writer adds that perhaps Saint was cast partly due to the “luminosity” of his skin and is the reason why Ae wants to touch his face.

Those commentaries, in itself, are indicative of Saint’s beauty.

But is that all? Another respected blogger, Pumpkincrash, has this to say:

Currently he set to act as Tutor in the 2020 BL series Why R U?, a series I’m looking forward to dearly. Different from a lot of actors on this list, he has almost only been acting in shows and no big movie projects. He did do some short movies/music videos that can be found on Youtube but otherwise he has taken to shows on television. I’m really curious what is coming for this young boy in the future, especially since he is only 21 this year.| source |

How is the term phenomenon applies? To speculate or discuss Saint is two-fold – his persona and his work as an actor.

Saint Suppapong appears in Barong Tagalog in a concert in the Philippines. Photo taken from Twitter, all rights reserved.

One special quality he possesses is his ability to adapt and impress his fans. In a recent fan meet in the Philippines, Saint went on stage wearing a barong Tagalog. That kind of dedication endears him to fans.

As a greenhorn, he’s coming out scene in Love By Chance evokes memories of personal revelation. While others insist that Ohm Pawat’s coming out in He’s Coming to Me, is superior to Saint’s, the fact remains it is a much talk about debate.

The actor went on to play characters that are more aggressive.

Since most Thai actors playing BL roles are either a “top” or a “bottom”, people are now confused how to classify Suppapong. The projection of musculinity becomes blurry. If that is a career move, then it certainly works.

Here is a rather bittersweet testimonial from a fan. I have been reading it for quite sometime and it remains such a powerful reaction to how Saint differs from others:

Saint still has no jobs till then & organized a free handshake event to thanks his fans were he shook hands with almost 800 fans. That was the day, March ’19, I decided to dedicate myself to Saint because he won my heart with his kind & beautiful heart. He taught me the importance of forgiveness, never give up spirit, helping people in need, keeping a smile & staying calm even between storms. | Tweet source |

It’s going the extra mile that gives people that massive dose of loyalty to defend him against the onslaught of malicious gossip coming from – not surprisingly – fellow cast and managers from his series, Love by Chance.

Why is that? We’ll be covering more about rivalries and competition in Part 2.