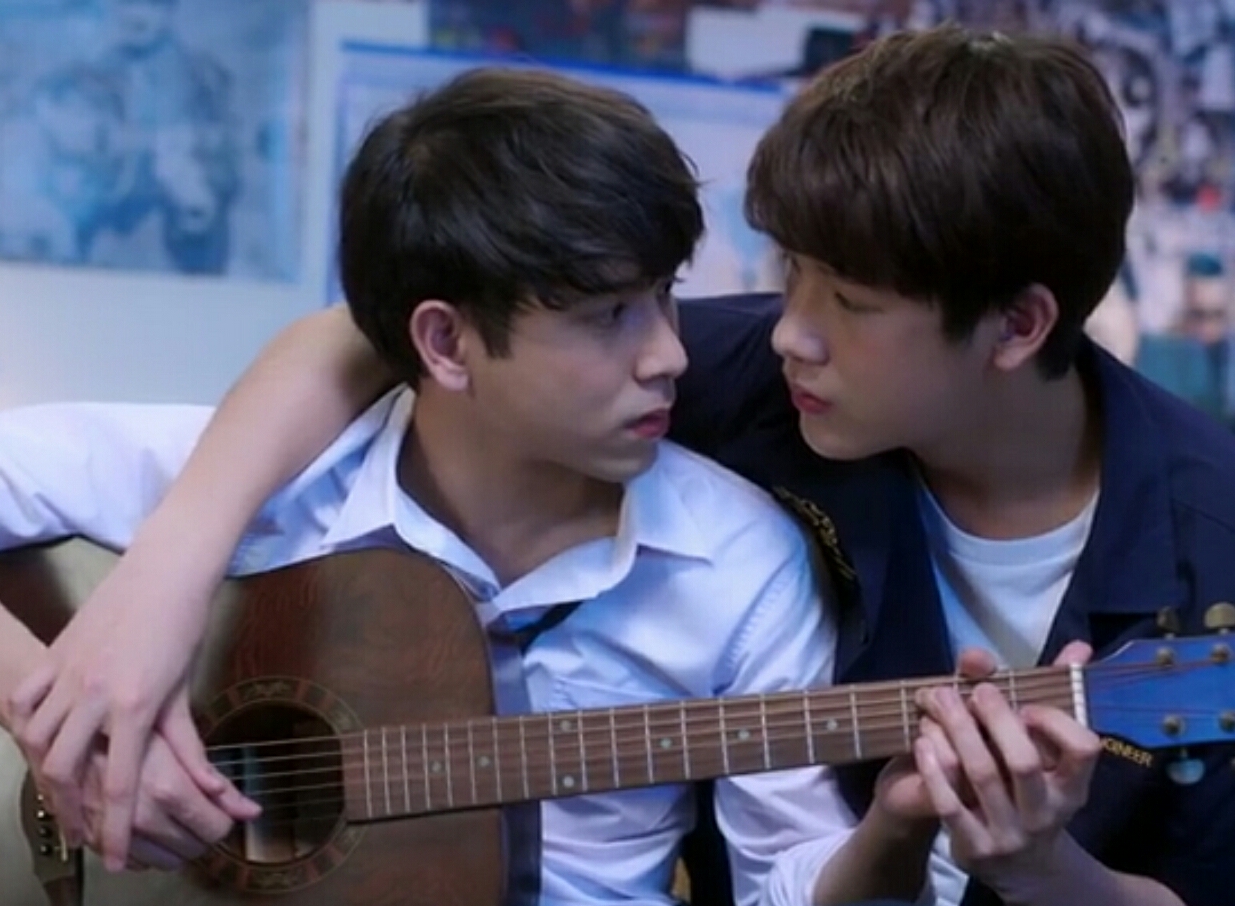 Episode 4 of WhyRU The Series represents one-third of the whole, which means we have 8 more episodes to go. Episode 1 is not to my liking, yet I immediately sense a transition and the original intent of the filmmakers to offer something unique and unpredictable yet in a way – relatable. I’m in the opinion that the remaining episodes will feature delectable, juicy, intense and revealing details that will define this BL drama.

Here are the most observable aspects that make WhyRU unique and therefore, worth it:

By now, we should be aware that the production crew always have a certain logic in the arrangement of scenes – editing and mixing it, using certain shades of colors since there are situations that may be imaginary (or from a universe within a universe) giving us hints of what’s to come, and creating an environment that is rife for speculative delights.

Saint and Zee as Tutor and Fighter in WhyRU the Series.

Tommy and Jimmy as Zon and Saifah in WhyRU the Series

It was the wacky and spontaneous comedic interaction between Tommy’s Zon and Jimmy’s Saifah that provided the opportunity to get into the series’ comfort zone. I enjoyed these scenes together so much that I often replay it.

They make the heroes look good. In this case, I’m still tentative when it comes to their overall impact but there is that welcome departure from over-the-top to normalizing scenes, therefore making it more effective and believable.

Things have begun to clear up. We know that Zol created several characters based on both imagination and real-life situations, but highlighting romance as her ultimate destination. In Episode 4, Zon and Saifah upped the ante by leveling up their wacky interaction into something more intense, while the progression with Tutor and Fighter is now beyond hints and shades.

Hwahwa (Janistar) looks lost, dazed and confused by the way Zee leaves too much for speculation. I find her scenes difficult to watch because she is being played (made a fool). Fighter has a different attitude with her while Tutor serves as a spectator. But when Fighter is with Tutor alone, the attitude changes so abruptly. The pretense is gone and you see him for what he really is.

By far, this is the most progressive episode in that it gives viewers a solid direction and what it can expect in the succeeding ones. Special mention to the mall scene between Tommy and Jimmy – where the tall guy guided the short one in a foretelling mode.

I have to credit Tommy Sittichok for being the most consistent. I find him to be a natural. While Saint and Zee interaction is most-talked-about, I maintain that Sittichok gives me the feels why I patronize BL series from the beginning. He has entered into an acting comfort zone where viewers are wrapped up into the WhyRU fantasy like a flock of sheep, with him leading the way.