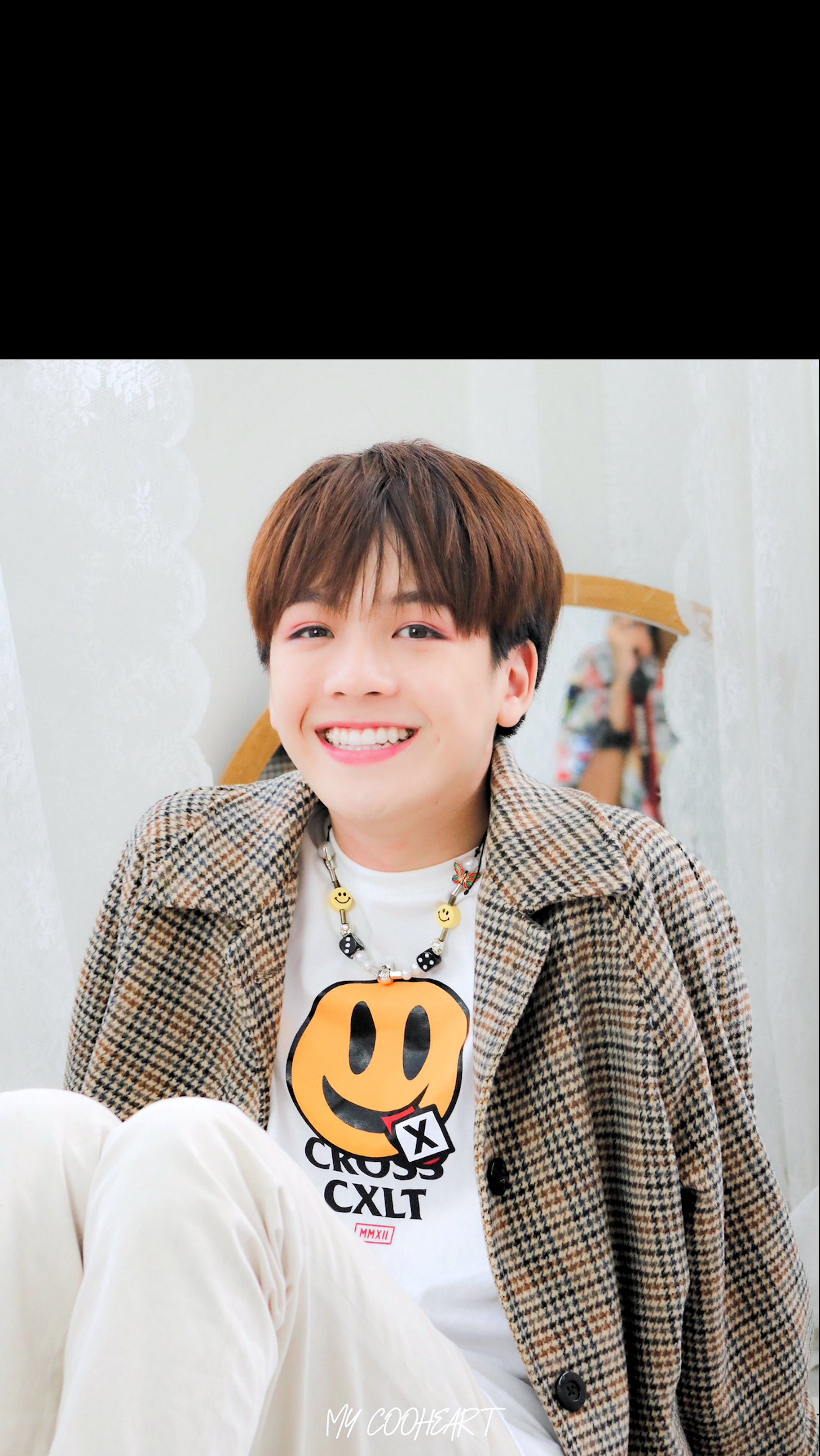 Earth Katsamonnat Namwirote, (กัษมนณัฏฐ์นามวิโรจน์) was born November 1st, 1996, in Thailand, and is a Thai actor, known for his portrayal of the character Tar in Love by Chance Season 1 and his moving performance as Intouch in the series Until We Meet Again.

Earth As An Actor
Earth started his journey by taking on the role of Tar in Season 1 of the popular drama series Love by Chance.

In it, he plays a victimized teenager who has survived being drugged and gang-raped in a situation set by a stalker of his former boyfriend Tharn. The role is multi-layered, with Tar continually battling his feelings of guilt, fear, and his inner-demons. He is unable to share these truths with his stepbrother, Tum, whose strong romantic feelings Tar knowingly ignores.

Earth embodies Tar’s pain and humiliation and makes you feel the isolation in which he is surrounded. The scene where Tar finally breaks down and shares his past with his ½-brother Tum elicited an emotional response from viewers and gained Earth the reputation of being a serious actor. Even though Tar was his first role, Earth portrayed the emotional dismay that Tar endured to the level of a seasoned professional actor. He was so good at it that audiences sympathized with his character and hoped that Tar would find his happy ending with Tum.

Earth’s moving performance in Love By Chance that he made a good enough impression on Dir. P’New that he was invited to audition for a lead character role of Intouch in the reincarnation drama, Until We Meet Again.

Playing an openly gay character in an era where it was forbidden isn’t an easy task, but that didn’t deter Earth from putting his heart and soul into his character Intouch and forever etching him into the memories of fans.

Earth impressed audiences with his performance as In, being bold and flirtatious, with just a bit of a naughty side. The period in which Intouch was growing up was set in the late ’80s, a time in Thailand where homosexuality was forbidden. But he was daring enough to not only approach Korn, an infamous mafia’s boss son but also openly declare his feelings for him; the translation boldly saying, “Can I hit on you?” The fact that Earth’s personality is quite similar to Intouch was a huge plus point for him, and a sign of good casting.

Intouch is bright, vivacious, and stubborn. These qualities slowly but surely broke down the pseudo barriers of the cold-hearted Korn and caused him to eventually fall for In romantically. Who else, but Earth could have played Intouch with openness, and honesty that made the character so endearing. Take a look at some of the videos posted online with his co-star Fluke.

Another praiseworthy scene was one involving a confrontation with his father regarding his relationship with Korn. The betrayal that In feels at being let down by his father was well-played by Earth. The audiences connected with him when In voiced the issues that LGBTQ kids face after they come out to their parents and don’t receive the support they expect or need.

Earth received praise for his performance where the characters Korn and In are confronted by their respective fathers, which drives Korn to suicide and ultimately In’s. The betrayal and feelings of utter loss that In feels expressed here, along with a level of overwrought grief and that was heartwrenching and raw. Earth’s performance connected with viewers, leaving them bereft of feeling and as helpless as In, in the face of Korn’s death. This scene will forever be etched in my memory—an actor par excellence.
My favorite scene is still in the Finale, near the show’s end, in Pharm’s vision of Korn and Intouch bickering, talking of making plans, and the way In turns to Pharm and says “Thank You” was surreal. Intouch was expressing his gratitude to Pharm and signaling that now both he and Korn are at peace. Earth made that moment special.

Earth’s Chemistry With His Co-Stars

Tum and Tar necessarily don’t have any kind of relationship in the Season 1 of Love by Chance. Despite being aware of Tum’s feelings, Tar has a massive amount of self-guilt and recrimination. As such, when the first season ended, there still weren’t together, despite Tum’s heartfelt confession.

Earth and his co-star Title Kirati Puangmalee have a great camaraderie off-screen and are good friends. How this friendship transforms on-screen is yet to be seen.

Earth’s on, and off-screen chemistry with his latest co-star in UWMA Nine Noppakao Dechaphatthanakun is a good example of fantasy transcending to real life.

Earth’s tenacious energy is the counterpunch to the shy and introverted Kao, who is new to the industry and, despite being Earth’s senior, looks up to Earth. There have been many instances at various fan events, where Earth can be seen patiently explaining to Kao on how to interact with their fans.

They are sweet and salty. Earth has a knack of hitting Kao playfully, which Kao endures and still looks at Earth in an entirely smitten way. Kao has expressed on various occasions that- “Earth bought colors in my life and has taught me a lot of things. My life before I knew Earth was quite dull.”. By mere observation, we see that this is true because Earth is thrilled whenever in the company of his Uncle Kao, and the #NineHeart fan base ships them wholeheartedly.

They look like they belong together as a couple and, as such, receive many product endorsements as a couple. Their popularity is evident from the fact that #KaoEarth seems to be in talks for another significant project again. Their fans are happy and looking forward to an official announcement. If they do act together, I’m sure their chemistry will be as good as Korn-In was, and we as fans will be thoroughly entertained.

Earth as a Person

Talkative – a word that comes to mind whenever I think about Earth. This guy can talk, like for hours and still not get tired. Earth loves making friends, is easily approachable and quite humble. He is bubbly, has a great sense of humor, and always greets everyone with a smile on his face, which is one of his best traits.

Earth is currently in his final year of studies from the Faculty of Architecture, Chiang Mai University. He has often talked about how, despite his Mother’s wishes to have him study Medicine or Pharmacy, he pursued Architecture because he is passionate about drawing. He is currently working on his thesis and often shares titbits with his fans about his working schedule. He is a multi-tasker and manages to balance his studies quite well with his acting career.

Earth has always been very open about his sexuality. Earth had a boyfriend for three years, Jay Chaiwat, but they broke up. Earth’s fans followed the couple diligently and were equally disappointed hearing about their break up.

In his recent YouTube video, Earth admitted that he likes someone but did not disclose who the lucky guy is. Earth’s “type” is someone who understands him well and will support him.

Earth is exceptionally close to his UWMA co-stars, especially Fluke Natouch Siripongthon. He can often be seen running around with them. Earth and Fluke often team up to prank their respective partners Kao and Ohm Thitiwat.

I’m always impressed by Earth’s acting skills as well as his dedication to his architectural studies. All in all, Earth is talented, honest, and most kind.  I’m looking forward to watching him reprise his role of Tar in Love By Chance Season 2 and many more future projects.