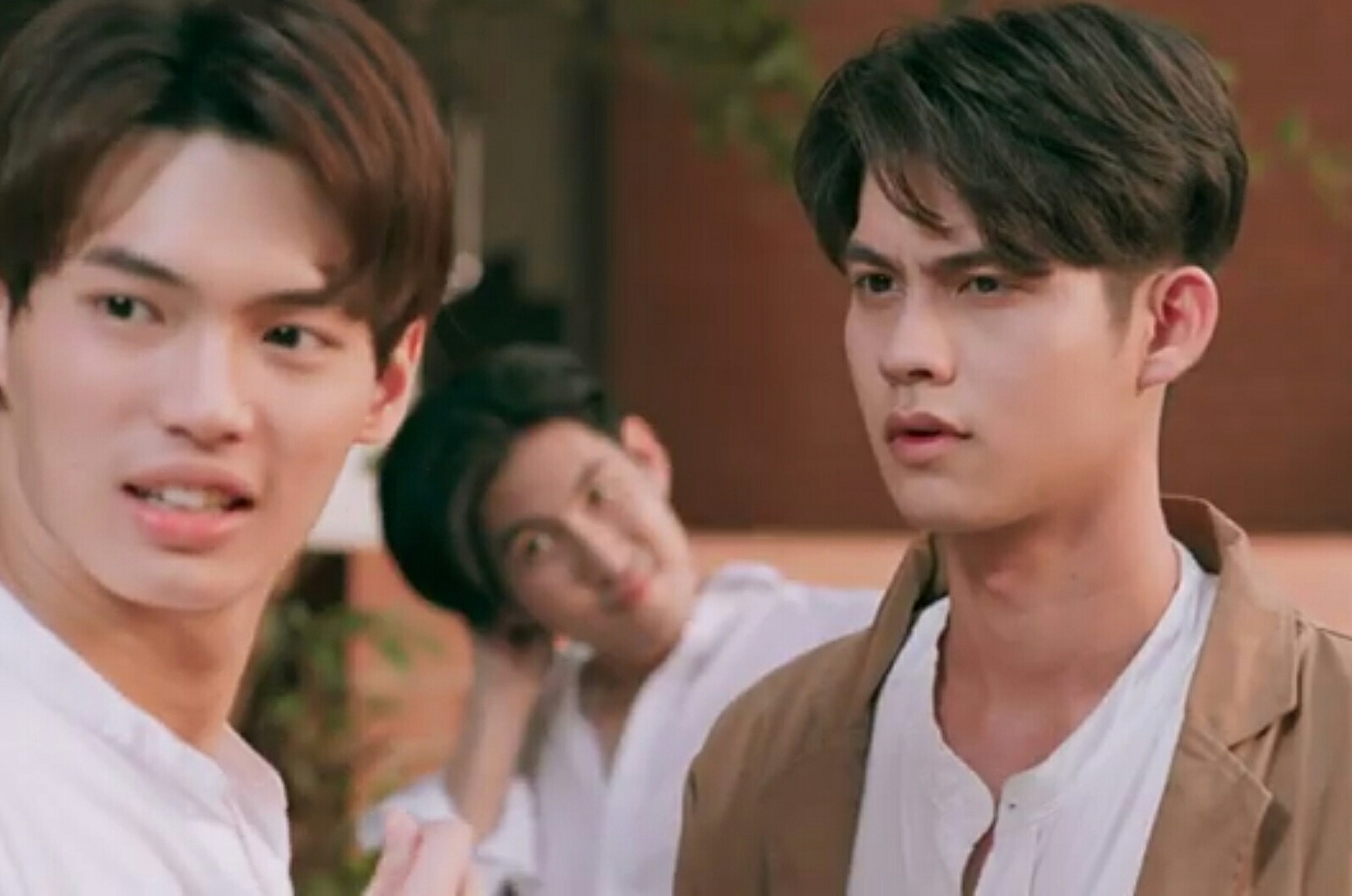 The premise behind 2Gether the Series is quite flimsy- imagine a handsome young Thai named Tine (Win Metawin). He can’t seem to find the right girl and in his pursuit of love, he was taken seriously by a gay guy.

Green (Gun Korawit) is loud and proud. He can’t contain his enthusiasm and genuine affection for Tine – who remains lukewarm to his intent. However, declaring his sexuality as “straight”, he devices a plan to get rid of Green.

Enters Sarawat (Bright Wachiravit) who plays the guitar and like American idol hopefuls (white guys with guitars) they always win the popular vote. In this Thai drama, tbe voters are the same and the outcome:  the good-looking guitar player is thrown into the limelight where he has little to say but to be an unwilling participant.

Sounds good so far? While the storyline maybe so predictable, I rely heavily on the actors to make the show worthwhile. It’s not meant to be heavy drama but a light romance between two boys (and other boy couples) who want to promote another BL saga from GMMtv.

But here’s the rub, a few scenes really scream “no logic” to me:

While this is only the initial episode, it is supposed to offer a look and feel for the audience to get comfy with. Imagine having multiple directors and coming up with something generic?

The acting is not cohesive and there is obviously the lack of control, yet Bright and Win manage to establish an initial manner/style to bring their characters to life, but barely.

Metawin is an awesome newcomer who requires a bit polishing. He’s very photogenic and the camera loves his every angle. He fits the role of a young charmer with a bit of issue on confidence.

Wachiravit is a sort of veteran yet he offers a fresh take on the anti-social guy who is thrown into the limelight. While valuing his privacy, he has a naughty side that screams for attention.

Korawit saves the series with his antics. While on the verge of becoming a caricature, the actor turned his performance into something sympathetic amidst the clumsy devices of Tine and his equally inept gang. Gun knows how to act!

Series is worth a watch, for the eyecandy alone. With plenty of potential romantic and comedic moments.