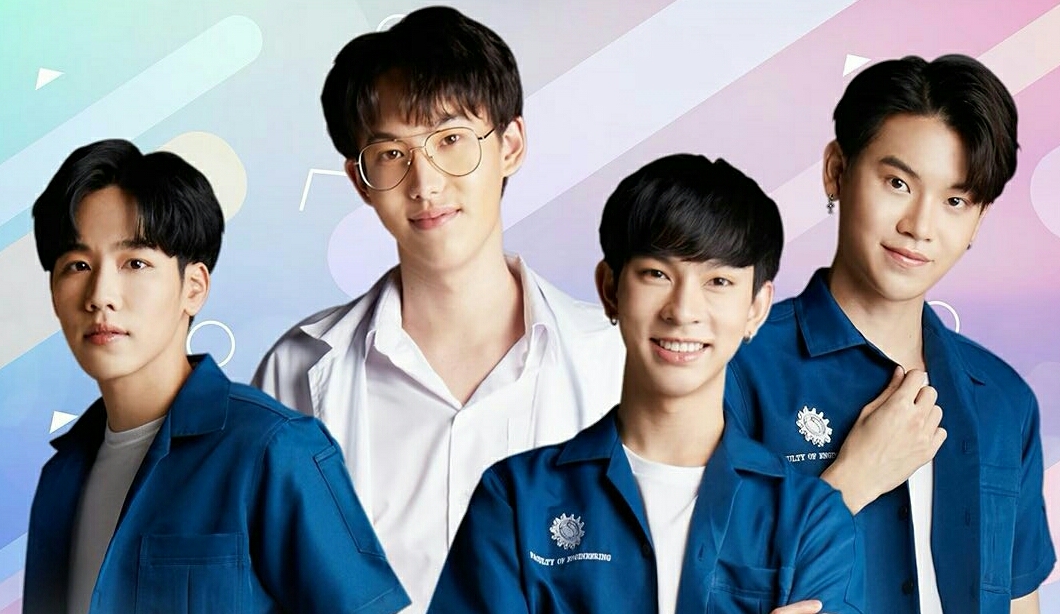 I have no idea how many Engineers there are in Thailand. But it seems to me, BL storytellers are besotted with the very occupation itself. Why does it almost always seem to be “Engineers” serving as the object-of-affection for the main series protagonists?

22 March 2020 updates: Since there are three story arcs, each is reported to composed of 4 episodes with TOSSARA – วิศวะมีเกียร์น่ะเมียหมอ – having a first go.

This series is set for a March 14, 2020 premier. It’s every Saturday at 10pm BKK time or 3pm GMT. You can watch it at LINEtv or the YouTube page of Studio Wabi Sabi.

Aside from SOTUS, there is a new BL series with a somewhat ‘similar’ inclination towards Engineers (and even doctors! – 2 Moons The Series? hello!)

There are 3 story arcs, here is the latest of the 3 – complete with a clip and teaser posters.

Latest poster teaser of EN of Love as of 7 January 2020. Sources point out that this poster replaces one of the original stories.

Update: 8 January 2020. It is hard to “speculate” but there is some news about casting changes. I am particularly curious about Boun Noppanut and whether the production team is aiming for some other project for him.

This series is under the helm of P’New who is also busy with Until We Meet Again, thus the scheduling.

Entitled EN of Love, the series’ official Twitter account reports that the cast is being selected as we speak.

Update: Apparently, this drama is postponed to 2020 due to some of the cast performing for other series this year. In particular is Boun Noppanut who is also main character in Until We Meet Again (UWMA) scheduled for release in a few days.

Here’s what we know so far.

There are 3 love teams with their own stories to tell:

Casting details! The actors and their characters:

This couple is Bar and Gun. According to Lazy Subber’s description, Bar is a swimmer while Gun has a ‘warm’ personality who likes to be cuddled. Cast as Bar is Joey Anavin and Gun is Prin Chatchawit.

This couple is Night and Mine. Night is the son of a businessman, while Mine is the geek type – he who loves to study hard. Cast as Mine is Bon Pongsakorn, Night is Boun Noppanut.

Boun is my personal bias in the cast. He has the looks of a bonafide movie star! Above are some select photos of Boun (from his Instagram account).

The final team up is Wee and Mark. Mark is a swimmer and is a rich kid, while Wee is a soccer player and is totally devoted to Mark. Cast as Wee is Yin Anan and Mark is War Wananrat.