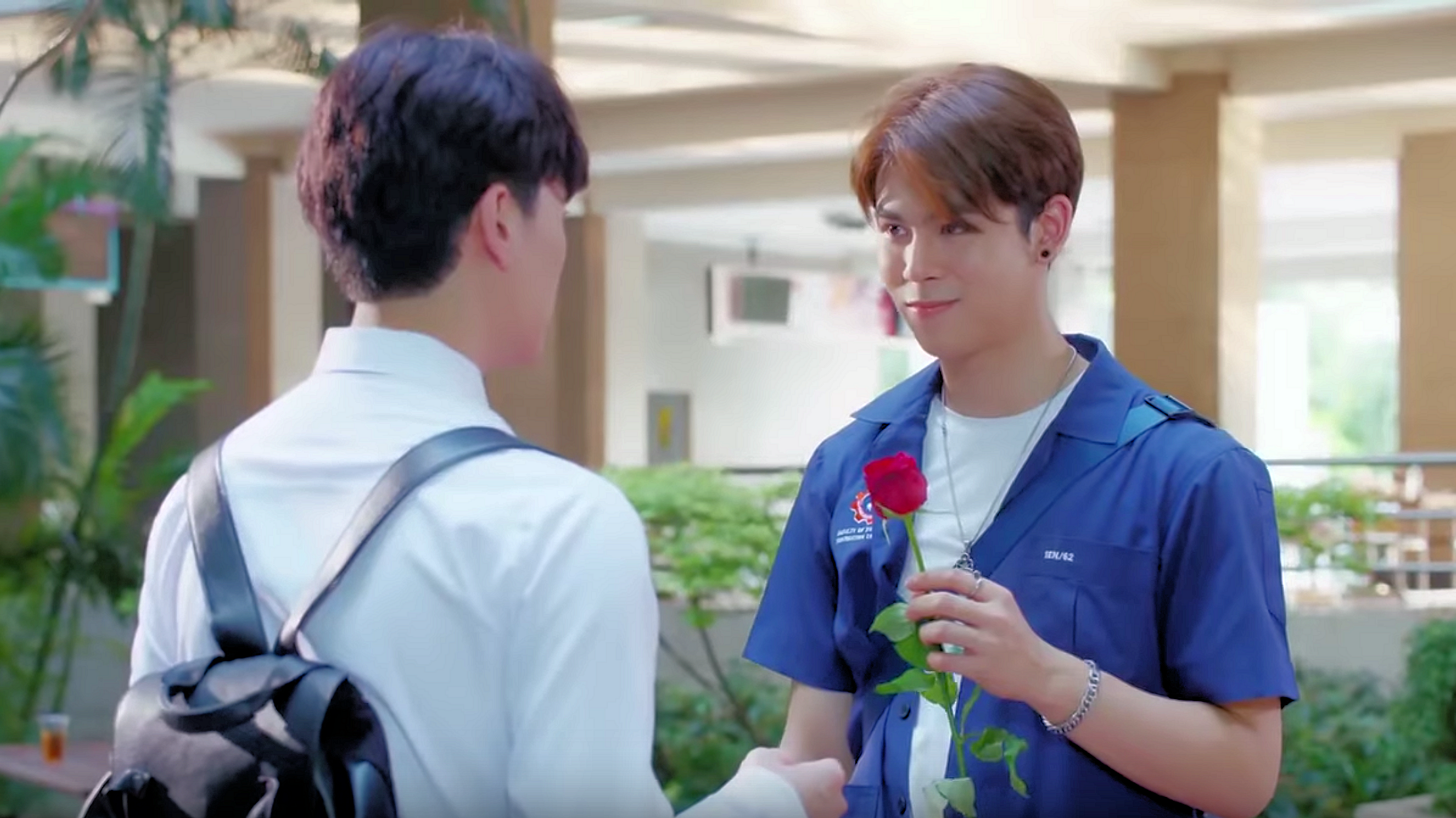 After a rough start – with the cast having been altered a few times – My Engineer is finally on air!

I made an effort to watch it via WEtv app and grabbed a VIP access to watch the 3 available episodes. This coming Saturday, it will feature the 4th episode and I will update everyone with any development.

I have explained in the profile page of My Engineer that there are 4 couples – 3 have been defined by the series’ official social media accounts, while the other couple is implied.

Episodes 1-3 explore these 3 couples with strong emphasis on Bohn and Duen – portrayed by Cooper Patpasit (who was also lead in My Bromance series shown in 2018) and newcomer Poy Kritsanapong.

Bohn (Cooper) is a popular Engineering student. On his way from a modeling shoot, he saw a freshman (Poy) sleeping in the park. The place is notorious for reptiles so he decided to wake the young boy. However, Duen (the sleepy, snoring freshie) thought Bohn is about to kiss him so he punched him in the face. Bohn’s seemingly innocent gesture turned in a series of events where he demanded Duen to buy roses for him everyday for a month. It’s implied that Bohn likes Duen, thus the blackmail.

As lead BL couple, there is so much at stake for Cooper and Poy to succeed. They will set the mood for the other couples to follow and make sure audiences are captivated. At this point, Mr. Patpasit relies on his charm to get our attention and he did so with plenty of appeal and aplomb.

Boss and Maek are classmates and are buddies of Bohn. Boss (Inntouch) has a bit of confidence issue with the opposite sex, and he is easily fooled by them. Maek (Junjie) feels protective of Boss. It’s obvious he likes him more than a friend. The dynamics between Inntouch and Junjie appear tentative at first but they have some on-screen chemistry that excites me. I will need further convincing though. I hope they got enough screen time to fully explore their relationship. They’ve got so much potential.

The third couple belongs to King and Ram. Perth Stewart plays Ram and is the silent guy type but can be assertive when provoked. Talay is King and is buddies with Bohn. He is afraid of dogs and there’s a hilarious scene featuring the actors. It was a bit overdone but I look forward to seeing what sort of interactions they have for us.

So, there are evidently a lot of flaws – not so technical but more about the story’s logic and the characters’ dynamics and sensibilities.

Some scenes appear forced and the acting is on par. I always get criticized on Twitter that I have to “give the boys a chance, they worked so hard.” But the thing is – I expect to be entertained, at least to become curious to what the series is all about. Hard work is to be expected from the cast. They auditioned for and won the roles, so studying the roles to become their characters convincingly is their job, and that of the director.

So far, I’m not entirely convinced but I do see some potential. If you want a light drama with plenty of cute moments, then this is a nice addition to your watch list, but don’t expect too much.