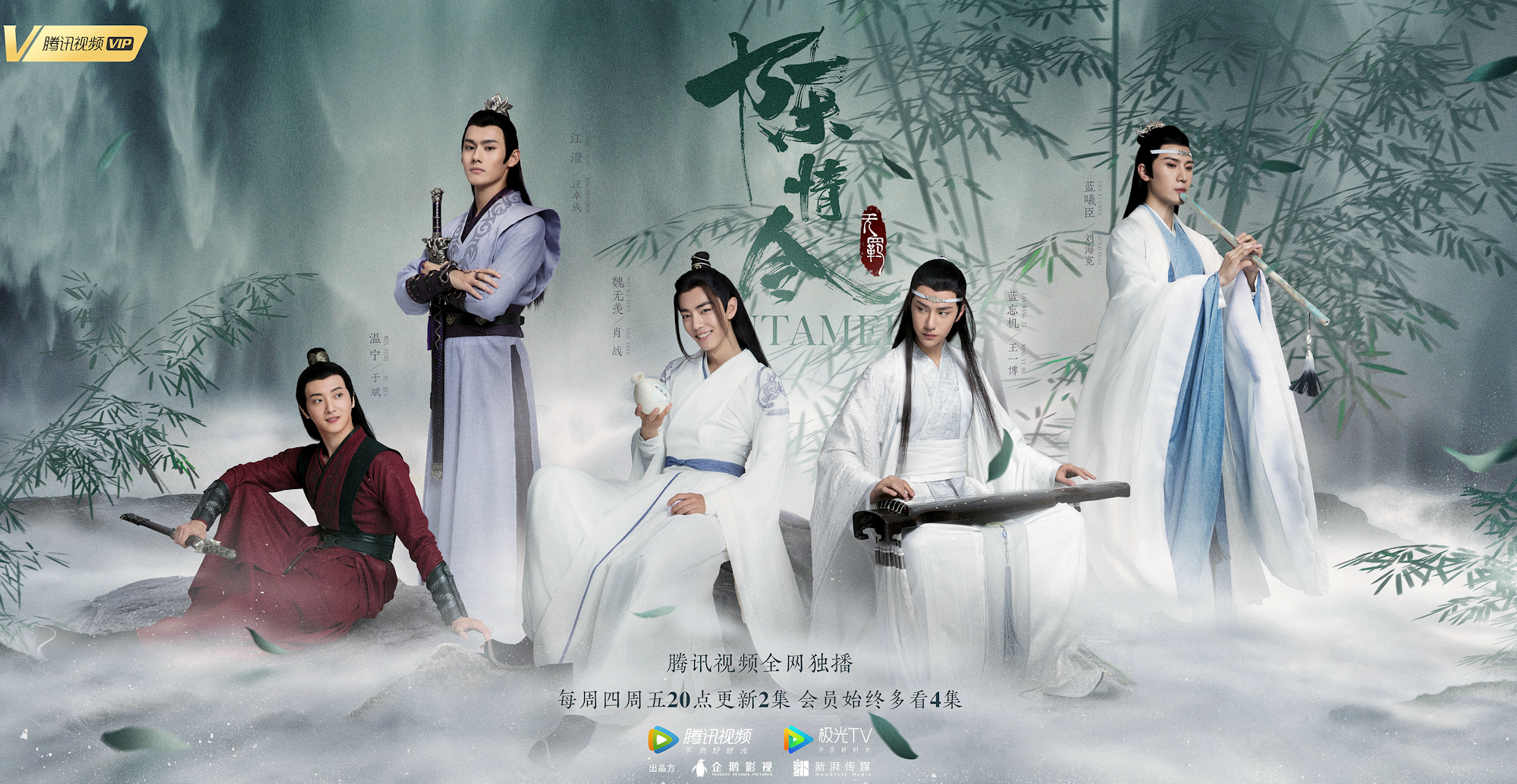 Digging For Romance In Bromance

What makes The Untamed different from other Chinese BL dramas is the slow-burn chemistry between LWJ and WWX. With the strict regulations for television required by the Chinese Government, the show’s directors were still able to spin a love story that could be marketed as “Bromance.” However, the heartfelt connections and the lingering glances that the main leads share can be nothing else but romance in the purest form. Unhindered and Innocent. You feel the love they have for each other; the subtlety draws you in and entrances you.

Wei Wuxian (played by Xiao Chan) is an enigma. He is playful, mischievous, courageous, loyal to his siblings, loving, curious about everything, and yet still capable of evil deeds. In short, WWX is human as you can be, has flaws, and is depicted with a familiarity that makes the viewers relate to him. He is also the polar opposite of our other lead LWJ.

Lan Wanji is self-righteous, angry, calm, and expressionless. The character has shades of complexity, driven by pain he experienced as a child. He is entirely aloof, a strict disciplinarian, and hence his love story with WWX begins with severe clashes. LWJ simply fails to understand how anyone can be as careless and irresponsible as WWX is – WWX perplexes him to no end.

This scene is significant because LWJ doesn’t like anyone touching his headband. He even states it is against one of the 3000 or so rules that must be observed by their Sect. According to LWJ, only his significant other or children have the right to do so. Yet, when WWX uses the band to tie their hands together, the two of them are able to approach the sect’s late Master’s magical zither, without WWX being killed as a sect non-member.  LWJ is surprised by this, because the Guso Lan Sect zither accepts WWX’s presence outright, with no repercussions – it’s like they are official. How’s that for an approval?

And thus begins their journey, where they partner together to stop the Wen Clan leader from assembling the Yin Metal pieces. Without realizing it, LWJ starts to appreciate WWX’s quick wit and intelligence. They make a formidable pair, LWJ’s strength along with WWX’s knowledge makes them a virtually indestructible team. WWX learns more of the truth behind LWJ’s tough exterior, and they get to be closer. They are united in adverse situations and protect each other.

It’s LWJ who tries to stop him when WWX starts summoning the dark forces, instead of fighting with his sword. WWX pays little heed to LWJ’s words, though, because he can’t disclose the fact that he has lost his golden core. Everyone turn against WWX but not LWJ. You can see in those moments, how helpless he is and can feel his love for WWX.

Sixteen years later, when WWX returns as Mo Xuanyu, LWJ still recognizes him by the tune Mo (WWX) plays on his flute. Similarly, as soon as WWX wakes up with no recollections of the past, the only person he still remembers is his “Lan Zhan.” I’m sure the scenes in the novel are more explicit, but the creators did not try to degrade this relationship into a ‘brotherhood,’ as evidenced by the fact that both WWX and LWJ refer to each other as Soulmates, which they are.

Time and tide make no difference, soon LWJ and WWX are back to bickering like a married couple. Although WWX was presumed dead, LWJ never stopped searching for him. When WWX returns, LWJ stations him in LWJ’s mother’s quarters. WWX learns about this when Lan Xichen tells him the truth and reiterates that his brother truly considers WWX as his confidant and life partner.

After WWX disappeared, LWJ searched the Burial Mounds, where WWX lived with the Wen Clan members. As the entire clan had been executed by the Jin Clan members, LWJ saves Wen Yuan, whom WWX cherished and had adopted him. He renames him to Lan Sizhui. The scene where both WWX and Yuan finally realize the truth about each other made me so emotional. LWJ held onto the hope of seeing WWX someday again, and that’s what makes their love story so very different from others.

The love story between Song Lan and Xiao Xing Chen is an ill-fated one. The culprit remains the same – Xue Yang. Although Song Lan and Xing Chen are depicted as close friends, it’s quite clear that their relationship is much more.

Both are searching for Xue Yang because of the numerous heinous crimes Yang has committed. When Song Lan finally catches up to Xue Yang, he is attacked and blinded by Yang. When Xing Chen learns of this tragedy, he donates his eyes secretly to Song Lan. If this is not love, then I don’t know the definition.

However, as fate might have it, Yang, while still working for Wen Ruohan, is severely injured and is saved by Xing Chen, who fails to recognize him. Yang recovers and cleverly manipulates Xing Chen into killing innocent villagers whom he turns into zombies. Yang also fights with Song Lan when he comes searching for Xing Chen. Xing Chen unknowingly hurts Lan, and on learning the truth commits suicide.

It is only after Xing Chen’s death that Xue Yang realizes his true feelings for Chen and goes berserk. One man’s anguish and temper destroys everything.

In an alternate reality, Xichen and Yao would have been the perfect couple. The calm and understanding Xichen is just the kind of person the emotionally abused Yao needed in his life because Xichen was the only one who showed him genuine affection.

That was until Meng Yao decided that he wanted to take revenge on his womanizer father, kill his stepbrothers, marry his own stepsister, and plot Nie Mingjue’s untimely demise so that he would be able to rule the Jin sect. It is quite clear from their interactions that Xichen trusted Yao blindly, and even Yao looked up to Xichen with adoration.

In his dying moments, Yao accepts that he might have killed a lot of people, but not once did he think about harming Xichen. The remorseful declaration struck a chord with the audience despite Yao being an evil monster. It remains to be said that the bad experiences in a person’s life should never define his character. Yao is the prime example of that.