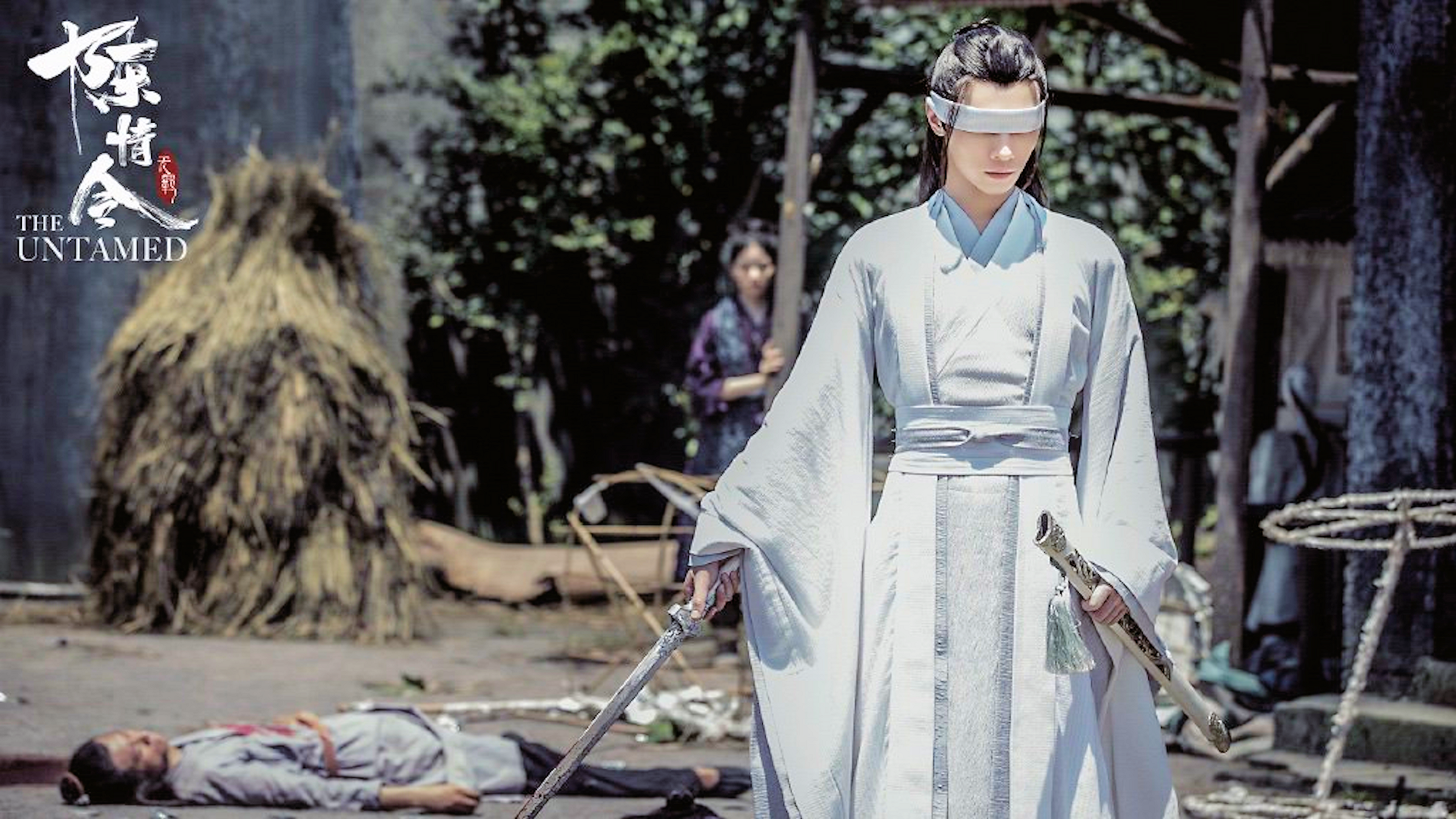 This is Part 4 of our review of the epic Chinese Bromance Series.

The Untamed series was very well received and achieved significant ratings along with winning a host of awards. The drama alone won the:

….and more for the popular Drama category.

Xiao Zhan received acting awards from numerous events like the “Golden Tower Award,” “Sofa Film Festival,” “3rd Yinchuan Internet Film Festival”. Wang Yibo was acknowledged as a Youth Icon and received widespread admiration for his portrayal of LWJ. He was bestowed with “GQ 2019 Men of the Year”, “26th Huading Awards,” and more.

My Opinion
The Untamed is a fantasy drama interspersed with relatable characters who are either hellbent on making sacrifices or trying to kill each other. At the center, however, is our rebellious Hero, who comes back from the dead to right the wrongs, avenge the do-gooders, and unite with the only True Love of his Life.

Chinese Period dramas are mostly known for their extravagant budgets, starting from the magnificent sets to the detailed, nuanced costumes. The Untamed carried on with that tradition in spades. I just wish that the show’s main leads LWJ and WWX had a little more variability in their costumes like Jiang Cheng had. I mean, they are the heroes, shouldn’t they be wearing something else other than the monotones?

For those who haven’t read the novel, the first few episodes can be a bit confusing. One reason is that there is no rational explanation for how WWX’s spirit resurrects in Mo Xuanyu’s body. We do not know who did the resurrection and how he ended up in the Xuanyu’s family home. From there, we suddenly plunge into flashback, and although the show sets a precedent in the following episodes, there are still some parts that make no apparent sense.

Like there is no explanation about the great and powerful flute that WWX yields.  Also, his Stygian Tiger Seal is actually forged from the sword found inside the giant tortoise he slaughtered while trapped in a cave with Wangji 16 years earlier. The question remains, where was the sword before the events when WWX fell into the Burial Mounds.
Despite all the confusing plots and scheming, what makes “The Untamed” memorable are the scintillating main leads Zhan and Wibo. You watch the show because you fall for the mischievous WWX, trying so hard to gain the stone-cold LWJ’s trust, but then in no time, you grow to love the other characters as well and want to follow their journey.

One of the major highlights in this drama is the familial relationships. WWX found a new family in Jiang Sect; even though Fengmian’s wife hated him, Yanli and Cheng wholeheartedly accepted him. Even in her dying moments, Yanli was more worried about her Wei Ying and didn’t even think about blaming him for her husband’s death.

Cheng, on the other hand, sacrificed himself to save WWX from the Wen Clan soldiers and lost his core. WWX, in return, gave him his own golden core. This drama taught us what true love and affection look like.
We can also never forget WWX’s courageous decision to save the innocent Wen Clan members from the Jin sect atrocities and to give them a safe haven, becoming the Yiling Patriach.

Towards the end of the drama, it is revealed that Sizhui is actually a Yuan-a Wen clan member whom WWX adored. LWJ not only saved him from death but also adopted him, give him a new name, and bought him up to be a capable and rational Lan Sect disciple. The familial relationships in this drama are not only connected by blood but by emotions.

Why is The Untamed different as compared to the other BL adaptations?
The honesty with which they attempted to portray the storyline and keeping it as close to the novel as possible. All that, despite the Chinese Govt censorship, the creators managed to produce a sophisticated world with an intricate matrix of characters and themes. Each character have a narrative of their own. You want to learn more about them, and each of them shines in their own ways.

My favorite part, however, will always be the interaction between #WangXian. As someone who enjoys watching intense BL romances, I wasn’t expecting much in the sense of intimacy before I started watching The Untamed. But #WangXian taught me that love could be expressed in other ways besides physical contact.
Even after 16 years, WWX had the same smile on his face, as he always did before while staring at LWJ. On the other hand, LWJ would look at WWX like he hung the moon. The complete trust and affection they have for each other remains unwavering. I’ve yet to see a couple who could portray emotions with the same intensity as Xiao Zhan and Wang Yibo did.

The finale of the show, however, left the fanbase disappointed with the open ending, and as such, it was changed in the newly released “The Untamed Special Edition.” The Special Edition delighted the fans with even more homoerotic extended scenes of LWJ and WWX’s loving glances, staring and the enhanced edits that did not make the first cut.
You can either stream the full 50-episode series on Netflix or watch them for free on WeTV app with English subtitles. As for the Special Edition Episodes, you can stream them on WeTv English YouTube channel.

For those who suffer from withdrawal symptoms after watching the show’s finale, the franchise has three movie spin-offs, of which two have already been premiered.
“The Living Dead” released on iQiYi on November 7th, 2019 follows Wen Ning as he investigates the mystery behind “The Lit Lamp Murderer” in a small town Fu Feng. Joining him is Lan Sizhui, as they try to figure out the reason behind the mysterious deaths marking the town.

Fatal Journey focuses on the story of the Nie brothers and Jin Guangyao. It was released on March 26, 2020 and showcases their childhood as well as how Guangyao slowly killed Nie Huaisang. This film describes Nie Mingjue’s journey from a innocent do-gooder to the mastermind who cleverly avenges his brother’s death.

Undoubtedly, The Untamed is one of the better dramas in 2019. It is heartwarming and faithful to the variant characters who leave a strong mark. The music draws you in as you lose yourself in this alternate universe where even though evil seems to win at all times, we have an intelligent WWX to tide things over, with lots of help from his confidant LWJ and protector, Wen Ning. You just need to have the patience for the story to unravel and it will be worth your while. Watch it for the amazing chemistry between the two main leads and because it is the only Chinese adaptation truthful to the original.