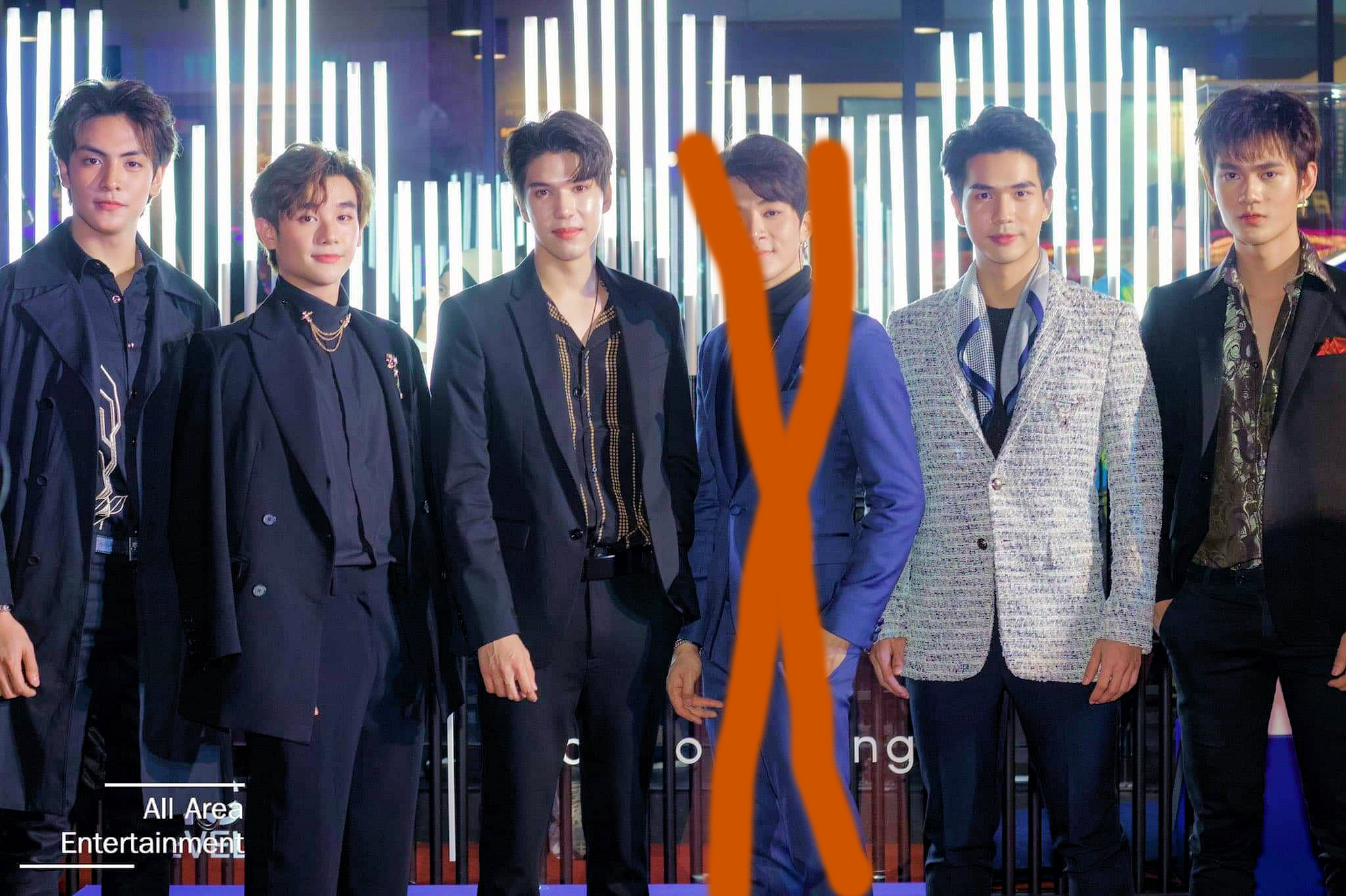 On April 4th, 2020 Motive Village officials made an announcement of New Project with their “Wash Your Hands Challenge.” The announcement was however met with uproar by the fandom inquiring about the absence of one of the leads Earth Teerapat Ruangritkul.

For months, Earth had been missing from the practice sessions since their last major event in Indonesia and as such there was much speculation surrounding his absence. Fans were upset and kept questioning the reasons behind Earth’s disappearance.
The announcement of a new Boy Band constituting “Benjamin Brasier, Joong Archen Aydin, Nine Kornchid Boonsathitpakdee, Pavel Naret Promphaopun, and Dome Woranart Ratthanaphast,” with the exclusion of Earth Teerapat, on the heels of the on-going protest made the sensitive topic worse than ever.

The issue became even more serious when Earth’s official fandom #Earthlings stood against this decision and started the #IStandWithEarth movement on Twitter to support him and bring attention to the issue. In response, Motive Village’s Executive Producer, Mr. Mhee released an official statement attempting to explain their decision to exclude Earth from the boy band project, and to announce a new single being released through the following tweet.

However, the tweet only worked to add fuel to the fire, as the fans became even more enraged. They questioned Motive Village’s decision to not include Earth based on this analysis expressed in the tweet.

On April 15th, 2020, Motive Village published another tweet explaining the apparent reasons for Earth’s exclusion from the new project.

The statement caused widespread protests from not just the #Earthlings but the entire #SixMoons fandom. The fans raised the following questions.

After listening to this clip, taped in their own studio, you can draw the obvious conclusion to this statement. Also, the entire fandom has seen Earth perform on various events with no issues. To say that he can’t dance or doesn’t have the necessary skill sets is highly questionable.

He made it clear that as an instructor, he has seen Earth grow as an individual and provided valuable insights about Earth’s training sessions. He also made it quite clear that Earth showed demonstrable improvement in all relevant skills, and should definitely be provided the right opportunity to prove his worth.

On April, 21st, 2020, a press release announcing the formation of the band OXQ, along with the roles of the band’s members. Pavel Phoom as the Leader/Rap/Main Dancer, Nine as the Main Vocal/Main Dancer/Center, Dome as the Vocal/Main Interview, Joong as Lead Vocal/Main Dancer/Centre and Ben as Vocal/Visual.
Earth retweeted the official tweet from MV, and it’s remarkable that his retweet drew more likes and retweets than the original. This is a testament to his growing popularity and Motive Village’s declining followers every day.

On April 24th, 2020, Motive Village released a short video explaining the meaning of the name OXQ, which according to them means a group of Ordinary Men who are creating apparent Quake (Shock) with their passion and talents. The name itself drew flak, along with the accompanying photoshoot being criticized for being too similar to an old #SbFive photoshoot. Motive Village was ridiculed for their lack of creativity and for rank similarities to the popular Korean Boy Band Exo’s logo as well.

Again, Earth retweeted this post and drew a greater amount of likes and retweets than the original.

Earth Teerapat has maintained a very dignified stand against the allegations by Motive Village. He is still interacting with his fans, informing them about how he is trying to improve his talents. Surprisingly, his parents are reaching out to his fans personally on a daily basis, thanking them for the love and support that the young star is receiving.

In an interview with Kazz Interview, Earth’s positive outlook shines out, when he quotes that “It’s New Day and Do Your best Today. Because we have to harmonize with our body and mind. Telling yourself this all the time will make you move forward.”
Talking about the Fan Meets, he thanked the Fan Club who set up the arrangements for the events. Earth said that he never expected to be a part of so many events and the admiration from the fans truly makes him happy.

Solemnly talking about himself, Earth is very honest when he says that the rest of the five boys don’t know that he is trying hard to adapt to this new lifestyle. He acknowledges that he is not good at talking and that it is his first time working with so many people. He discloses that he is trying hard to improve himself so that he can chat with everyone. He emphasizes that working in this industry requires a lot of courage but he is trying to enjoy every work that he does.
Fans continue to be amazed by his ability to be so positive despite everything that is happening.

Red, publisher of Psycho Milk wished to raise some questions as well:

Psycho Milk will keep reporting on this issue as we come across more details. Keep watching this space to learn new facets pertaining to this controversy.