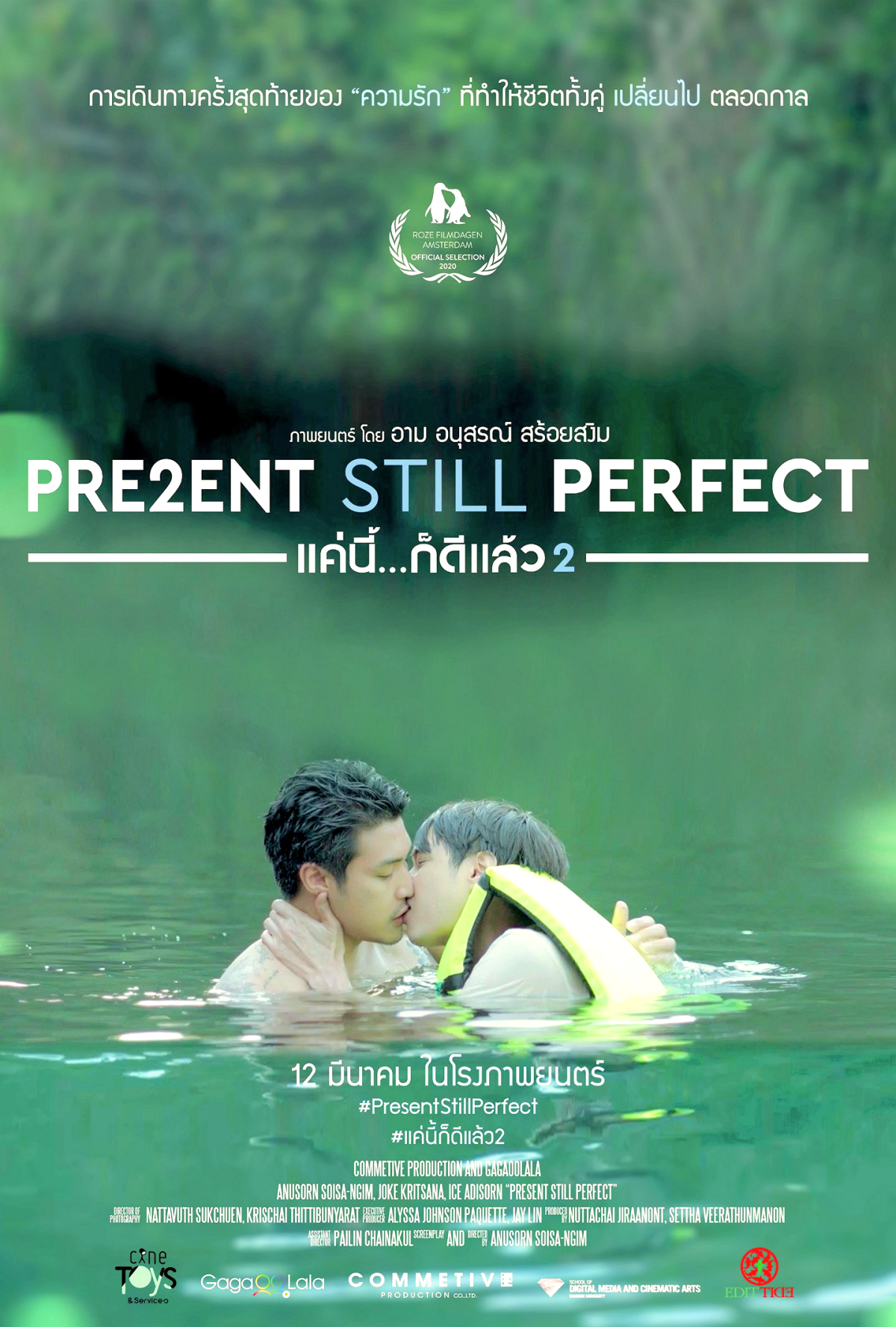 The sequel to the Thai BL phenomenon Present Perfect is now available to stream on GagaOOLala.

Four years after the events in the original film, Present Still Perfect (2020), dir. Anusorn Soisa-Ngim, reunites lovers Oat and Toey once again, this time, on a tropical Thai island. Oat is now a married man with a son, while Toey has never forgotten their brief love story in Hokkaido back in 2016. The film marks the first GagaOOLala original production set in Thailand.

The BL (Boys Love) genre has become a global phenomenon in recent years, especially in Asia. Originally from Japan as YAOI, but popularized thanks to Thai films and series, the stories of young men falling in love have become part of the mainstream in many countries in the region, with more and more in Europe and America. Among the first BL titles to earn a global reputation was the feature film Present Perfect (2016), with dir. Anusorn Soisa-Ngim at the helm. It’s the story of two Thai men that meet each other while traveling in Hokkaido (Japan) that became a festival darling that year, and was crowned Best Film at the LGBTQ Amsterdam Film Festival.

The highly anticipated sequel (the trailer quickly hit more than 1 million views on YouTube) was released in theaters in Thailand back in March. However, due to the global COVID-19 outbreak, venues in the country closed down after the film had been showing for only three days. Like so many other filmmakers in a similar situation, director Anusorn Soisa-Ngim quickly prepared for an online release of the film on the streaming platform GagaOOLala, which recently launched its service globally in May of 2020.

Anusorn also gave some clues on the direction of this sequel: “The first film had an open ending, I wanted to leave audiences with some hope that these two loners would meet again. Now, times have changed, and I can finally provide Toey and Oat the ending I always had in mind.”

Without giving away too much information, Anusorn also explained he wanted to bring more adult elements into the BL genre. While Boys’ Love is characterized for its vanilla and juvenile approach to relationships, Present Still Perfect features more mature and realistic content, and deals with topics such as LGBTQ+ rights and the possibility of same-sex marriage in Thailand. While the country is one of the most accepting in Asia, the LGBTQ+ community does not enjoy many of the rights straights take for granted yet.

Present Still Perfect was also preparing for its festival run before the COVID-19 outbreaking, with the film being selected for Amsterdam’s Roze Filmdagen Film Festival and boyOhboy Film Marathon in Paris.

For those interested in exploring more about BL content, GagaOOLala currently hosts an extensive collection of titles from South Korea, Taiwan, Thailand, and many others. In addition, the platform will have a specialized focus on specific countries in June and July, for Japanese and Chinese BL, respectively.

Four years after his trip to Hokkaido, Toey goes on holiday to the island of Koh Kood. Gone during all this time, Oat comes back into Toey’s life, now married and with a son. A strong desire brings them together once again, and Toey has to decide whether to follow his heart about Oat or accept the truth and let him go.