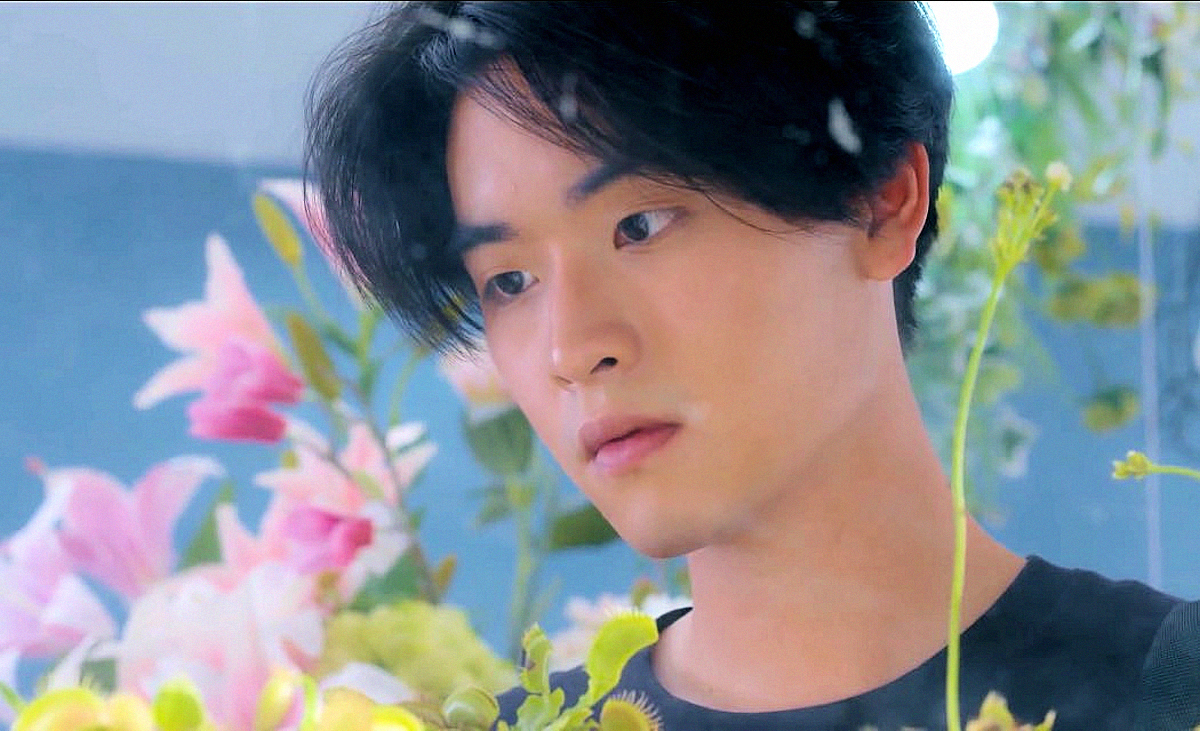 The characters and their stories have a smooth transition from Episode 7 onwards. When I say it’s smooth, it doesn’t mean that they don’t have problems anymore. Nope, it’s quite the opposite. I just want to point out the fact that four different couples have been settled, and each story progresses on its own. The true beauty of this drama series is that each couple has an individual storyline that doesn’t overlap.

The BL couples get their own screen time and are treated as important. There are no second or third leads. All four love stories exist in perfect symbiosis. Let’s review Episodes 7 to 9.

Bohn-Duen
Bohn has real issues with anger management. He tends to say hurtful things without giving much thought to the other person’s feelings. Things get difficult when he sees a girl flirting with Duen on their date. While they both argue, Duen’s sister falls into the river. Problems don’t end where these two are concerned. Bohn makes a heartfelt confession and asks Duen to give him an honest reply.

Duen decides to express his feelings via flowers. But the matter gets out of hand when Tee misunderstands and thinks that Duen is dating the florist. Bohn makes a huge issue of this, and Duen yet again reproaches Bohn for his distrust. Bohn accepts his mistake and apologizes to Duen with the same rosemary bouquet that Duen had ordered for him.

Bohn requests Duen for another date, and they meet up the next day. However, Bohn spends most time being sulky. Dates between Bohn & Duen seem forever doomed. Bohn catches a school kid flirting with Duen and yet loses his cool. Duen, however, gives him a sound lecture for being so unruly.

Problems ensue when Duen discloses the truth about their relationship to his close friends. None of them accept and hence decide on putting Bohn through different tasks to prove his love for Bohn. They trick Bohn and get him scolded by their Professor. Things get even more complicated when Ram challenges Bohn to a boxing contest.

Duen rushes to the spot and breaks up the fight. He shouts at Bohn and is utterly terrified. Later, they have a heart to heart conversation coupled with a cute peck on the cheek.

But since our main couple is prone to disasters, we have another one in waiting. Duen’s friends try to categorize him as a “Bottom,” which he vehemently denies. This sets off a chain reaction where Duen attempts to be the ‘alpha’ and acts rude to Bohn, who doesn’t understand what is wrong with his normally affable boyfriend. Bohn is so disturbed that he gets drunk, and Bohn’s friends have to call Duen for help. Bohn begs Duen to become adorable and caring like before. The next day, Bohn wakes up with unbearable pain in his backside.

Bohn & Duen’s relationship graph has a lot of ups and downs. But somehow, they are learning to transcend major issues. I love how Duen never lets Bohn boss him around and has a strong demeanor even while he can appear weak. Bohn, on the other hand, has a major temper and trust issues. But he is also ready to accept and rectify them. While Cooper relies on his sensual charm to carry off the role, Poy is cute enough to make Duen utterly believable.

Mek-Boss
Mek and Boss’s nonexistent love story, on the other hand, seems to be bordering on a dead end. Boss finally admits that he is dating Fon when Mek confronts him. He makes Mek promise to keep it a secret. Things seem even more abysmal when Boss enlists Mek’s help to get Fon selected in a contest. Mek might feel hurt, but he is moved by Boss’s earnest words and nevertheless helps Boss out.

Mek and Boss’s relationship is forever in a downward spiral. It’s painful to watch Boss dump his problems on Mek and then watch a hapless Mek help solve them. At times, Mek seems to love Boss too much; I would never put up with the crap that comes out of that young man’s mouth. Boss is really oblivious to the gem he has right in front of him.

Having a love interest like Boss is a test of patience. Because you never know what new tricks he’s going to dream up. Boss suddenly decides that the right way to win Fon’s heart is to participate and win in a talent hunt arranged by Fon’s management company. He actually turns up at Mek’s dorm with his luggage and proceeds to blackmail Mek emotionally, using their friendship as barter until Mek agrees to Tutor him. However, the situation certainly looks quite different in Episode 9. There were several times, where we see Boss gazing lovingly at Mek. Does this mean that he knows about Mek’s feelings? Could attempts to win Fon are more of an indirect approach to be closer to Mek? Only time will tell.

Despite the controversy surrounding him, Ryan does a pleasantly surprising job of portraying Mek. Mek’s emotions are always on the surface yet subtle. But I was really shocked by the sudden changes in Boss’s character sketch. Intouch’s Boss might seem oblivious, but he isn’t, and future episodes might bring these two adorable characters closer together.

Ram-King
Ram’s brother is a sleuth. He follows King trying to figure out more about the guy who makes Ram smile. King and Ram figure out what he’s doing, and King has a conversation with little brother and learns more about the stoic faced Ram.

We also get a romantic bike ride where fujoshis follow them. King takes Ram to his dorm to give him study notes, but King’s BL maniac sister turns up and starts imagining their BL relationship. Damn hilarious.

King doesn’t want his sister to irritate Ram, so he lies that Ram has a high pitched voice and doesn’t talk much. However, that’s the wrong approach when your sibling is an utter blabbermouth. Ram savages the situation but yet texts King later, asking him about the lie.

Episode 9 brings our silent couple more closer. King apologizes to Ram about lying to his sister and brings him a Venus Fly Trap plant as a gift. We get more romantic moments when Ram can’t find the lucky pencil that his mother had gifted him. King’s afraid that Ram might be late for his exam, lends him his own pencil. Despite getting his pencil back, Ram, however, uses King’s pencil to write his exam. For a silent character like Ram, that’s spelling out his feelings in a thousand words.

Perth and Talay are actually my second favorite couple. Perth has a serious demeanor as Ram, but that’s an essential part of the character. As an audience, we want to know more about him, learn what ticks him off, and be the reason behind him smiling. Perth indeed has a lovely smile, and it’s contagious.

Talay is like a dream. In certain shots, the camera focuses on him in closeup and you can’t help but be enchanted. He has an angelic profile – beautiful yet untouchable. Yet, he is likable as King, and his efforts to get closer to a distant Ram make him a fan favorite.

Thara-Frong
For some reason, Frong doesn’t like Thara. He seems to be in denial because when he’s around Thara, and Thara checks his heartbeat, it shoots up real fast. I guess he is afraid of getting his feelings hurt a second time.

There’s not much progress in their relationship in Episode 8, either. But we do see a different side of Frong when he bets on Bohn during his boxing contest with Ram. Frong mostly comes across as a rude character, but he just hides his kind nature quite well.

We finally make some progress when it comes to Thara & Frong. Frong meets up with his senior for a night party, and by fate, Thara is at the same party. While walking out, Frong gets hit on the head. This scene here is their first time having a real conversation. Thara loves taking care of others; it doesn’t matter who the person is. He takes his profession very seriously, while Frong is an introvert and utterly independent. However, even the fiercest spirit needs TLC. You can literally see the hearts in Frong’s eyes when Thara takes care of him.

Actor MD Nutthapong has his work cut out portraying Thara. Thara is a normally affable character like his cousin Duen. He is kind and affectionate. Shane’s Frong is, however, on the opposite side of the spectrum. To watch how these two fall in love and become a couple will certainly be worthwhile.

I’m enjoying the character development as well as the joyride this drama provides. It is not without flaws, but the light-hearted comedy, coupled with the realistic depiction of romance, makes the show distinctly flamboyant. Give it some time to grow on you and enjoy it with popcorn.