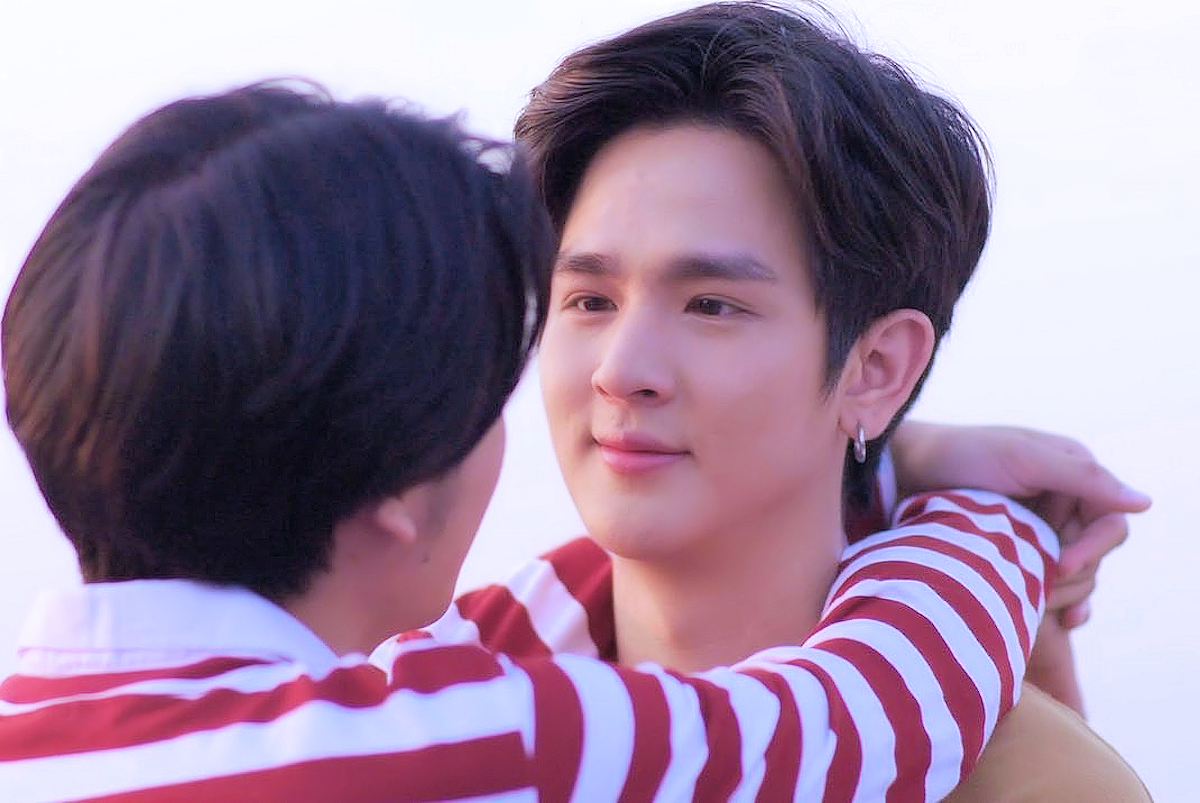 Episode 5 of YYY The Series is my favorite so far. While not without glitches, it is the most ‘serious’ among the five installments of the show. If you recall the warning at the beginning of each episodes, we were told not to take the show seriously, yet it has become rather serious – in a good way. This review is a joint effort with Jen’s BL Views and Reviews!

Before the review, let’s get back to the sitcom’s storyline shall we?

A high-rise apartment houses young boys of different lifestyle and upbringing. Owned and maintained by a crazy and easily-fooled Yaoi fanatic named Porpla (Poppy Ratchapong), the all-male occupants are in various stages of interaction. Porpla’s cross-dressing antics and imagination pushes reality out of the equation and renders the occupants to become more than ‘roommates’ and into something that ranges from ‘bromance’ to boys’ love.

Reported to be streaming for a final episode next week, here’s the rub:

Nott and Pun Relationship. The roommate status between Nott and Pun has been elevated into something romantic but not yet intimate. It’s just a matter of time before both realize that they need each other on a completely different level – the mere physicality as roommates appears to be both an opportunity (to explore the relationship further) or an obstacle since – right now – it’s just a matter of admission. And that’s where this sitcom proves its strength. A particular ability to heighten audience expectations. Both Talay and Yoon have been convincing so far, yet this episode is special because it pushes their relationship up a notch.

Arm’s Confession. Now here’s the thing. Scott Sattapong who portrays Arm is not someone to turn down lightly in terms of a serious relationship offer. The rich guy turned apartment dweller is nice, decent, and quite frankly excellent boyfriend material. Anyone who rejects him must be blind or madly in love with someone else. It’s quite obvious that he likes Nott – giving the guy an expensive toolbox speaks volumes for his affection. In a thoughtful, and surprisingly touching scene, Nott rejects him kindly, but in full-frontal fashion that must have hurt since Arm has harbored those feelings for a long time.

Setting the Apartment on Fire. The “fake” Chinese duo setting the high-rise aflame gave the production crew another opportunity to go wacky on the viewers once again. Poppy Ratchapong looks ravishing!

I don’t know where (and how) the sitcom ends, but it has been such a rollercoaster ride already – while I’m not 100% sold on the comedy and antics, the BL scenes were great and the acting from the whole cast is also noteworthy.