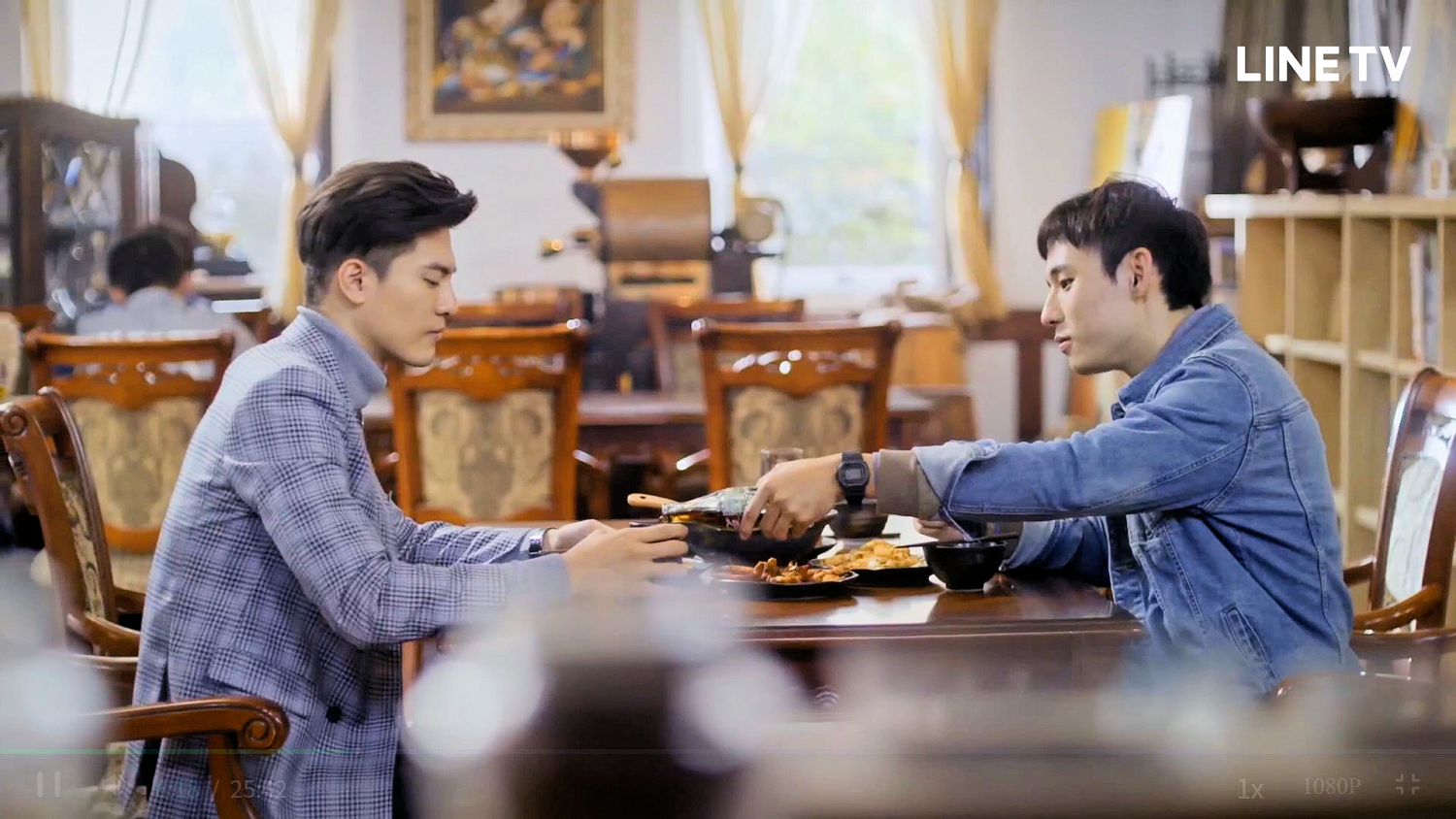 You called me 59 times and left 15 voicemails.

You were really worried about me…..

If you can match this dialogue with the exact scene and expressions of Shao Fei’s and Tang Yi’s faces, then Congratulations! You have watched one of the best BL stories from the much-acclaimed Taiwanese BL series HIStory.

Love is a game of cat & mouse.

A cat & mouse game between a Mob boss and a police officer for truth or love or perhaps both? There is no way this story will not capture your interest, especially being one of the few stories that have such interesting & hot characters played by amazing actors.

HIStory is a web drama anthology created by Chang Ting-fei. It has three seasons and a total of seven stories –  three in season 1, two each in consecutive seasons. Trapped is the sixth story from the anthology and one of the most loved stories from this series. Trapped first aired in April 2019 and can be streamed on the VIKI platform.

The story for Trapped starts with Shao Fei (portrayed by Jake Hsu), a police officer who’s raiding a place where he is expecting to find Tang Yi (played by Chris Wu), and catch him finally. Tang Yi is the current mob boss, who Shao Fei thinks is hiding the answer to a case that is dear to Shao Fei’s heart. Tang Yi not only proves to have nothing to do with the meeting but also warns Shao Fei to stop harassing him and violating his personal space by asking the same questions over and over. This scene was enough to set the tone of their relationship and also to showcase their respective characters. Shao Fei is stubborn, impulsive, and determined in pursuit of justice. Tang Yi, who is working to clean his syndicate of all illegal business activities with help from his adoptive sister & uncle, is smart and calculative. He knows how to control the situations presented to him and always stays calm unless trying to keep Shao Fei away.

Tang Yi was the sole witness of a mysterious shooting four years earlier which killed his adoptive father and Shao Fei’s mentor in the police department. This shooting led to some bad rumors about the mentor, which has Shao Fei making it his lifetime goal to clear her name. The only person who can lead him to the truth is Tang Yi. Though Tang Yi gave a statement at the time that he was shot and down before he could see the face of the killer, Shao Fei doesn’t believe this. He starts tracking Tang Yi to be able to arrest him on some charge or annoy him, to tell the truth about the shooting.

In betwixt the games being played by these two, eventually, one can sense the interest between them turning into a possible attraction and even a little jealousy.  Watching the interactions with this pair concerning other people’s closeness speaks volumes about the game, turning into a love trap.

The progression of these characters from hate and indifference to being partners in crime and later lovers takes its sweet time. Through jealousy, concern, and attempt to break up the friendship, their true feelings for each other come out as feeling completely natural. The confession and the kisses in response have so much emotion and chemistry. Not only are their happy kisses and intimate scenes a treat to watch, I think this show had one of the best ‘angry kiss’ scenes attempting to forget the anger and hurt by making out. The raw emotions portrayed in that scene by the actors are performed brilliantly.

My favorite scene is at Tang Yi’s birthday celebration by Shao Fei, and Tang Yi’s voice mails when Shao Fei goes missing for all of a day. The warmth and feeling of total dedication that these characters show for each other in these scenes always make my heart flutter even after multiple viewings. The reason for this is the absolute honest conversations these guys have, even if it is in the form of screaming at each other. To be honest, they communicate with each other like any normal couple would.

Along with the events in the present time, we are also witness to flashbacks to Tang Yi’s childhood and his relationship with the ex-mob boss, his adoptive father. We see how Tang Yi was taught and how those experiences have shaped his character and understanding of life. His love for his people, for Shao Fei, and his loyalty to these relationships are such a contrast to his rage and pain about the shooting. Shao Fei, providing his love and support, becomes the only reason that Tang Yi doesn’t destroy himself with this rage and can keep his promises to stay clean and leave the path of violence behind.

Trapped is one of the few BL stories where the second BL couple was as interesting and sweet together as the first. Even though we do not see much about their relationship development, Jack, played by the always gorgeous Andy Bian and the character, Zhao Li, here played by the adorable Kenny Chen, both had a good storyline to themselves and make for a loveable couple. They have some of the cutest scenes that make one smile at Jack’s pursuit of Zhao Li through various meals and being around him any time he can.

Acting-wise, every character was perfectly cast, and each did an amazing job in bringing the true emotions of the characters to the story with their performances. Jack Hsu & Chris Wu were perfect for the roles they played. Chris Wu displayed such a wide range of emotions that left me impressed by his acting. Jack Hsu, as Shao Fei, has a charming smile and infectious positive vibes that balanced the dark moods of Tang Yi in every frame.

If I had to pick some faults in the show, I would probably say that many story threads and arcs in the story needed a little more exposition. I would also not have minded more time spent on showing the progression of both the relationships in the story. For a 20 episode show (each episode about 25 min), a lot was going on that might sometimes take attention away from the romance. However, I will not fault the ending at all. No matter how open-ended or sad it might feel to many viewers, I appreciated the very realistic approach to the series end, and It was very apt and meaningful to what each character had wanted to do at the beginning of the story.

I will recommend History: Trapped to everyone who likes to watch a good BL drama. This show is an absolutely engaging emotional drama that will stay in your heart and mind for a long time.