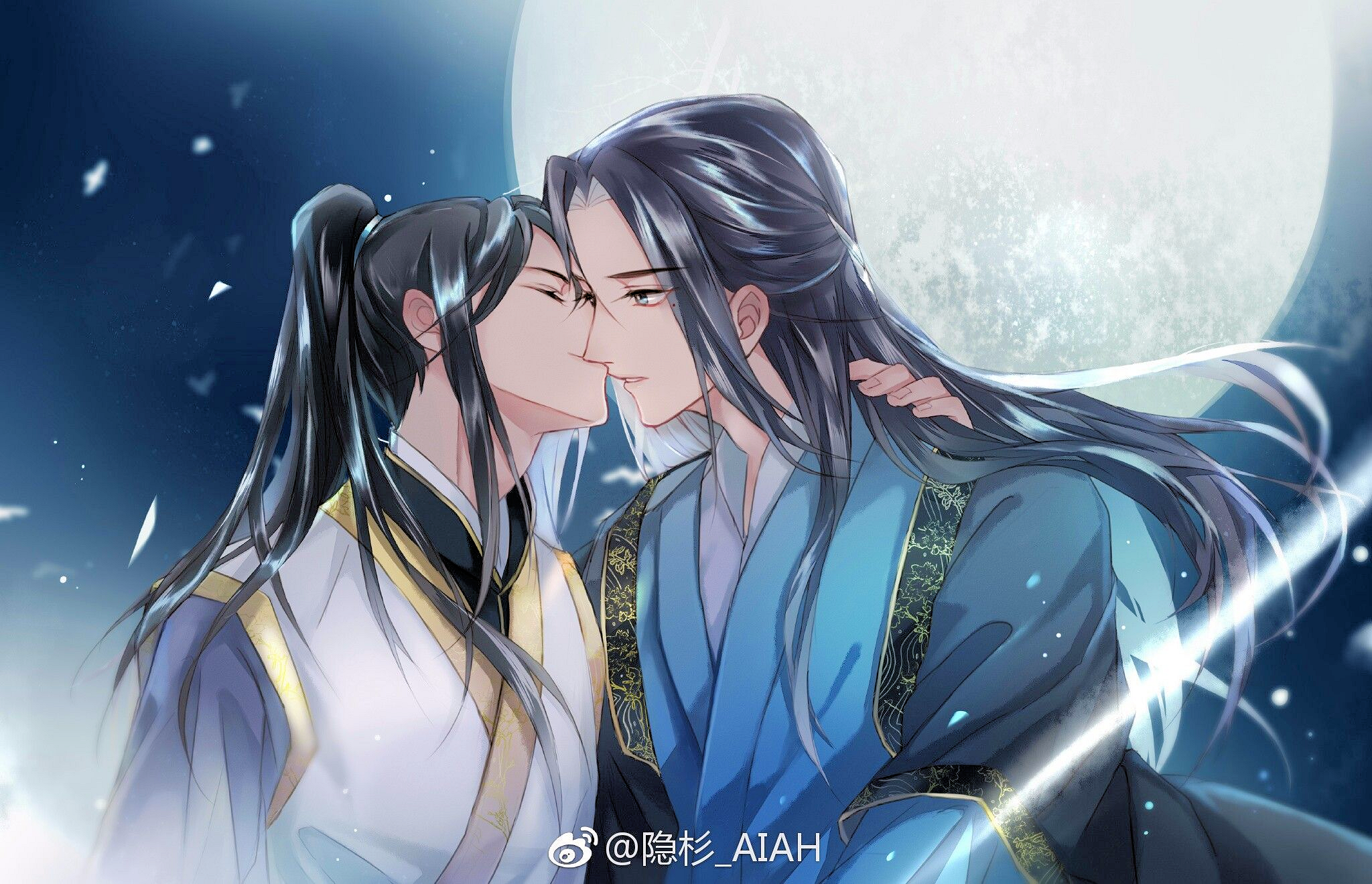 Following into the footsteps of popular Chinese shows like “The Untamed,” “Winter Begonia,” and “The Sleuth of Ming Dynasty,” we have a slew of popular Gay Novels being converted into drama series. There is already a great amount of anticipation surrounding the drama adaptations “Immortality/ Haoyixing” by Author Meatbun Doesn’t Eat Meat and “Faraway Wanderers /Tian YaKe (天涯客)” by Priest.

Riding high on the waves of success gifted by “The Untamed” worldwide reception, Tencent Video has officially announced the adaptation of yet another BL Novel “ShaPoLang” by Priest. The show named “Winner is King” starts shooting on 2nd July 2020, and is scheduled to premiere in 2021, with 45 episodes.

In the age of the Great Liang Dynasty, the Kingdom of Northern Xuan gained a short reprieve after a war. Chang Geng, who resides in a small town, was attacked by a pack of wolves during an outing but was saved by Shen Shiliu. To repay his kindness, Chang Geng now acknowledges him as his foster-father. The enemy forces, the Heavenly Wolf tribe, waited for an opportunity to invade and set off a war. In a critical moment, Chang Geng discovers that he is the fourth prince of Northern Xuan, and Shen Shiliu is Gu Yun, the commander of the Xuan Tie army. Gu Yun defeated the Heavenly Wolf tribe and escorted Chang Geng to the capital city.

The current Emperor of Northern Xuan passes away, and Li Feng ascended the throne as the new Emperor. However, his foundation is not yet stable. The ambitious Prince of Wei is eyeing his throne and saw this as an opportunity to create a crisis. Li Feng, wary of Gu Yun’s military powers, sends Gu Yun to guard the borders. Chang Geng also chooses to join the Linzhou Court and follow the experts of the court around the world to travel and experience life. After several years, he grows up into a talented person with ambition and a talent for governing. At this time, Northern Xuan faces both internal and external problems. Chang Geng returns to the capital and uses his knowledge and new-found skills to assist the Emperor in securing his reign. However, problems continuously pour in, such as rebellion by the inner court officials, the assassination of Li Feng and Jiang Nan being attacked by external forces. At last, Chang Geng manages to ascend the throne and resurrect Northern Bei, fulfilling his vision of world peace.

Chen Zhe Yuan portrays the role of Chang Geng. Zhe Yuan is already popular for playing Main Roles in “All About Secrets,” “The Legend of Yu2”, “Hello Dear Ancestors,” and “Handsome Siblings.”

Chang Geng (长庚) is the Fourth Prince of Great Liang. His childhood name was given to him by his ‘mother’ Hu Ge Er, after the evening Venus, sometimes called Lucifer, which is believed to be an unlucky star. Chang Geng is often likened to have the appearance of jade. He is calm, composed, intelligent, and very thoughtful, especially of Gu Yun. From a young age, he is good at martial arts.
When he was very young, Chang Geng grew up with the bandits that kept Hu Ge Er. Even during those times, he had been physically abused and was almost killed repeatedly. After Hu Ge Er escaped from the bandits by killing them, she and Chang Geng found a settlement in Yanhui, a small town on the Northern Frontier. Xu Baihu, the town’s governor, was fond of Hu Ge Er, and he became Chang Geng’s stepfather.
Once, Chang Geng tried to escape from Hu Ge Er but was met with a group of wolves. Fortunately, he was saved by Gu Yun at that time. Gu Yun took care of him from then on and became his ‘yifu.’
After the attack of the Northern Barbarians in Yanhui, Chang Geng was informed that he was the lost prince, and they went back to the capital to meet the dying Emperor. Emperor Yuan. He then assigned Gu Yun to be his official adoptive father until he came of age and was crowned. For about two years, Chang Geng lived in the Marquis’ Manor with Gu Yun, Cao Niangzi, and Ge Banxiao.
Upon Gu Yun’s departure for the Western Borders, Chang Geng, together with Cao Niangzi and Ge Banxiao, joined Liao Ran in traveling. After the incident in Jiangnan, Chang Geng leaves the manor to learn about the jianghu, where he meets Gu Yun again after four years.

The character Gu Yun (顾昀) is the leader of the Black Iron Camp. His childhood name is Shiliu because he was born on the sixteenth of the first lunar month. Gu Yun is half-deaf, half-blind due to an incident when he was still a child. Two cinnabar-colored beauty marks could be found under the corner of his eye and on his earlobe. He is seven to eight years older than Chang Geng. He has good looks and is often shown to be very confident about it.
Gu Yun was sent by Emperor Yuan to the Northern Frontier to look for the missing Fourth Prince and also secretly to look into the information about black markets. There, he chanced upon Chang Geng, who was surrounded by wolves and saved him. From that point, he became Chang Geng’s unofficial ‘yifu.’ While staying in Yanhui, he hid his identity under the name ‘Shen Shiliu.’
After the attack of the Northern Barbarians in Yanhui, they went back to the capital to meet with the dying Emperor Yuan He. The Emperor then made him the official ‘yifu’ of Chang Geng, leaving Chang Geng to his care.

Song Ji Yang, who became a fan favorite for playing the character role of Xiao Xing Chen in “The Untamed,” will play the role of Li Feng.
Li Feng becomes the next Emperor of Great Liang of Northern Xuan after the current Emperor’s death. There is a lot of friction between him and the protagonists because of the plenty of disagreements they have about how to handle the nation and its people. Li Feng is an extremely paranoid man. He’s mostly correct that traitors are hiding and plotting both in and out of his court. The problem is that he counts Gu Yun and Chang Geng among them.

The supporting cast includes popular actors like Li Hong Yi, who will play the role of Shen Yi, Ancy Deng plays Xiao Hua, and Daisy Li, who will reprise the character of Chen Qin Jia.

Keep watching this space for further updates on this historical period drama interlaced with different shades of Bromance between Chang Geng and Gu Yun!