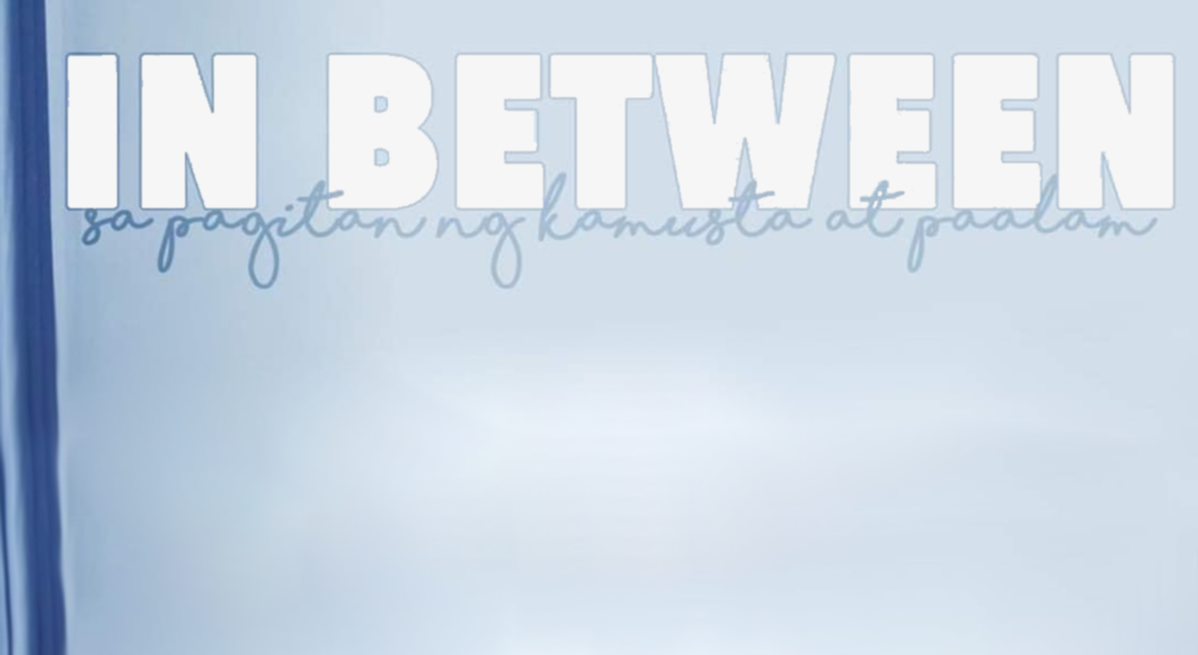 In Between (Sa Pagitan ng Kamusta at Paalam) – Episode 1 [Review]

In Between the Series comes as a breath of fresh air in the growing Philippines BL industry. Unlike most Pinoy BL series who focus on virtual interaction, the series offers more direct interaction between the characters, as well as an intriguing storyline.

Through the bittersweet love story between Taurus and Otep, Direk Briliant Juan aims to tackle issues that are faced by those who are struggling to embrace their true self, leaving viewers with an important message that self-love is the key to a happier life. Until we can accept ourselves, we might not be able to love others fully.

The protagonist of the story, Tep, portrayed by Genesis Redidio, develops a crush on his childhood friend, Tau. Afraid of losing his best friend, Tep chooses to hide his feelings. Until one day, he couldn’t hide it any longer and decided to confess his love for Tau. To his surprise, Tau accepts his confession, making him the happiest person on earth. But what will he do when Tau suddenly end their relationship? Can he easily forget his love for Tau?

Migs Villasis plays Tau, the closeted boyfriend of Tep. Despite his fondness for Tep, Tau has doubts about his feelings and the budding romantic relationship with his childhood friend. He tries to ignore it, but he fails. Aiming to have a piece of mind, Tau breaks his relationship with Tep, leaving the latter in despair. However, a sudden reunion with Tep brings back the good old memories. What will be Tau’s decision this time?

In Between the Series tells a story of two childhood friends, Tau and Tep, who, over time, have developed feelings for one another. They keep their feelings a secret as not to ruin their friendship. One day, Tep decided to confess his love for Tau and ask him to be his boyfriend. The latter accepts Tep’s proposal on one condition, which is that no one should know about their relationship. Being a devoted lover, or simply not knowing any better, Tep agrees to the terms. For him, it doesn’t matter if the world knows about them or not, because the most important thing is Tau loves him. However, their happiness doesn’t last long. All of a sudden, Tau breaks his promise to remain committed to Tep; he chooses doubts over love. Trying to mend his broken heart, Tep moves to Los Angeles, leaving all the memories behind. A year passes since the emotional breakup, now both Tau and Tep have ‘moved on’ with their lives. However, an unexpected reunion has once more ignited the flames of love between the two ex-lovers. As the ‘good old memories’ keep rushing in, Tau and Tep are trapped between two possibilities, either rekindling their relationship or cutting all ties with each other.

“Because the most important part of a relationship is not hello or goodbye, but in between!” (Direk Briliant Juan)

In Between the Series tries to get out of the shadow of some popular Pinoy BL series, such as Gameboys the Series and Hello Stranger, by offering a different kind of love story. Instead of portraying the budding relationship between two strangers, the series reveals the other side of love, which often bewilders many people;  love between best friends. I think this was a smart move taken by Direk Briliant and his team to win the viewers’ hearts. Firstly, because the topic being addressed in the series is something that can be closely related to the viewers’ life (I believe that at least once in our lives, we have fallen for our own best friend). And secondly, it brings more variety to the emerging Pinoy BL world that is currently being dominated by digital series that are based on mostly virtual interaction between characters.  Thank you, Direk Briliant, for giving us more options to watch!

For me, the first episode of In Between the Series is promising. The screenplay was written coherently without any illogical scenes. It also moves at a relatively steady pace, which gives viewers enough time to absorb all information given in every scene, as well as helping them better to understand the conflicting situation between the main leads. On the other hand, I’m impressed by the performance of the lead actors. Knowing the fact that both Genesis and Migs are athletes without prior experiences in acting, I think they have done a decent job in portraying their characters. Their expressions are on point, and their chemistry is quite convincing. It might start a bit awkwardly, but it gets better toward the end of the episode. I especially love their reunion scene as I can feel the tension between Tau and Tep through their eye gazes and gestures. Kudos to both main leads for the remarkable achievement on their first-ever series!

Nevertheless, I think that the opening scene –  where they introduce the cast and crews – is too long. They should shorten that scene and use the remaining screen time to give more details about Tau and Tep’s relationship. Additional scenes that capture a glimpse of their lives after the break up will shed more light on their current problematic relationship as well as bringing more depth to both characters. Moreover, I think it’s unnecessary to divide the episode into two parts as it only gives confusion to the viewers (They might not be aware of the second part and miss the complete story).

All things considered, I greatly enjoyed watching the series. It offers a realistic interpretation of how relationships change over time. As we grow older, our relationship with others will either grow closer or grow apart.

The greatest pain comes from leaving. Breaking up is hard, especially if you were madly in love with the person. Well, the harsh truth is things don’t always work the way we expect them to, especially in ways of the heart, even if one has the guts to stand by one’s partner even while the other is leaving. We want to see in the upcoming episodes, why Tau decided to leave Tep. What is the reason behind that decision? This BL series will tell a different Boys Love story that will probably be stuck in our mind and heart. Congratulations, In Between!