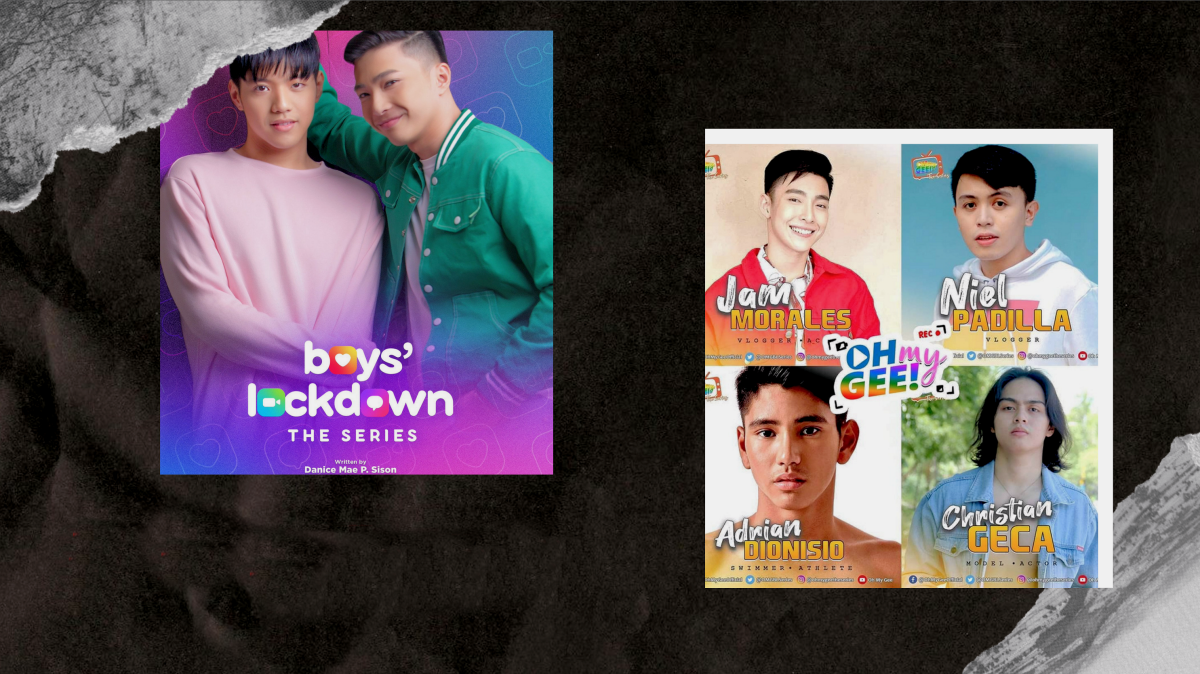 The success of Thai Dramas “TharnType the Series” and “2gether The Series” pushed the Filipino Television Industry into a new kind of revolution. Pinoy BL is currently the new trend, and many production houses are trying to reap the profits of the “Boys Love” phenomenon. While “Gameboys The Series” started in an experimental phase, the popularity of the online dating saga paved the way for Black Sheep’s “Hello Stranger.” Both series have an abundance of star-studded casts, good scripts, and good direction. In the current scenario, Psychomilk brings you some more updates from the upcoming Pinoy Dramas that promise to set your screens on fire!

Although Ticket2me’s first BL endeavor has a relatively unknown cast, the storyline, as well as the main lead’s adorable chemistry, seems promising. The drama series is being directed by Jade Francis Castro, who is famous for writing and directing Endo (2007), and Zombadings 1: Patayinsa Shokotsi Remington (2011). Bestselling Author Danice Mae P. Sison (Flipping the Script) joins the team as Scriptwriter to weave a beautiful romance between the main characters Key and Chen.

Storyline
Love in the time of a pandemic! While it’s certainly not the best time to go out, meet someone and fall in love, Key and Chen find each other in the middle of the enhanced community quarantine and connect in ways that surprise them both. As they get to know each other despite the restrictions, challenges, and even dangers stemming from the pandemic, something very special starts to blossom between them. In a time when we’re forced to keep apart from each other, does love have the power to connect us?

Ali King plays the adorable main lead Key Kalubsod. Romancing him is handsome Alec Kevin, who is famous for working in the movie “Fish Out Of Water” (2016).
Joining the casts are entrepreneurs Carlo Tingjungco (Martin) and Ivoy Colo (Whilce) along with veteran theater actress Teentin Villanueva (Libby) and actor Luis Padilla (Dicky)

You can have active interaction with the main leads of the show through Ticket2me’s YouTube channel, as shooting for the series has already started.

Y.U. Why You? the Series

Written by Nad Corella, Why You The Series is a feel-good drama starring an antagonistic character who falls in love with an innocent guy, and their love story changes their lives forever.

Storyline
The story of two lovely boys, Tristan and Harvey, didn’t start as pleasantly as others might think. Fights have caused these two to be mortal enemies. But what if destiny has its own way and led them to live under one roof? Will hate between them grow, or will it transform into something magical and will make them ask themselves Why you?

A dark past made him stone-hearted, ill-tempered, and snobbish. He does what he pleases, and no one can ever bend him. Can that no one turn into someone? Can someone finally make his heart melt and tame him? Kelly Mendoza plays Tristan. He is a model and a TV Talent, former boyband member, and has several laurels like Mister Grand Philippines 2019 semi-Finalist, and Ambassador of The World 2019 Semi-Finalist. Kelly has also appeared in different TV shows and movies here in the Philippines.

A happy go, lucky guy with a heart. Positivity revolves around this young man who tries to see everything as being beautiful. He is a family person who would do everything for them. Can a negative guy change him? or can his good vibes finally penetrate someone’s negativity? Harvey will be played by Jeys Mariano, who is a Model & Mass Communication Student.

The other members include Jerome Azores, who will play the role of Seb and Patrick Intal, who portrays the character of Rico.

Oh My Gee The Series

Oh My Gee the Series, an upcoming PinoyBL drama with 13 Episodes (15-25 run-time) starring Niel Padilla, Jam Morales, Daniella Cristofani, Adrian Dionisio, and Christian Geca. It will be available with English Subtitles. The show is written & directed by Erique Mendoza.

Storyline
OMG is a story about friendship, love, and self-discovery amongst Friends. Gab is an out gay with a bubbly and mischievous persona yet no relationship experience. Dale is a handsome and smart guy in a long term relationship with his loyal and faithful girlfriend, Kathy. Best friends Gab and Dale are used to sharing their happy moments as well as problems. While working on the new YouTube content, they decide to use a social media outlet to chat with the online members randomly. As they explore the social media platform, Gab meets Brylle while Dale meets Kenneth, two young men who will completely change their lives forever.