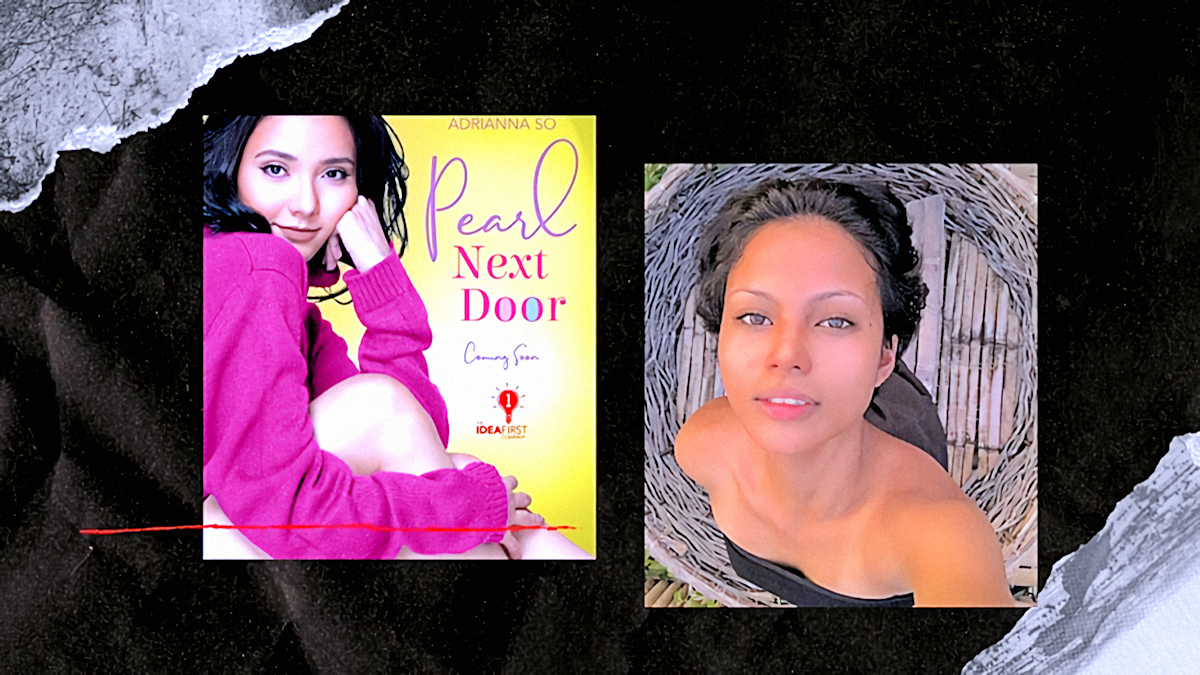 I am a strong woman. I don’t sit around feeling sorry for myself, nor do I let people mistreat me. If I fall, I will rise up even stronger because I am a survivor and not a victim

Gone are the days when the BL world was stuck portraying women in obsolete YAOI tropes characterized by female characters as villainous ex-girlfriends or homophobic mothers terrorizing BL couples. Today’s social scene is being flooded with new-age Boys Love series and sitcoms that are marching beyond tales of the typical teenage romance; we have a new revolution sprouting and taking root. Many production houses are now representing the community of women in a far better light, so much so that these women even have prominent roles. In this new world of BL, we have more accepting female characters. They aren’t regressive, but they are strong. These women have convictions where they definitely stand up to obsolete societal norms. They are happy souls who accept that the men in their lives have “the right to love and that gender doesn’t matter.” Let’s get to know them better and celebrate their defiance.

Pearl (Adrianna So, Gameboys The Series)

There was a strong wave of astonishment when Pearl was introduced. She was supposed to have been the evil ex-girlfriend trying to pry her ex-boyfriend Gavreel away from the clutches of the evil Cairo. But Pearl was indeed a surprise package to audiences. She shocked fandom when she went beyond the traditional stereotype of a BL ex-girlfriend to help Gavreel resolve his issues with Cairo. She not only played a predominant role in getting them back together, but she also won Cairo’s trust.

Pearl is quirky, sassy yet idealistic. She is firm when pointing out her bestie Gavreel’s mistakes and patient when she handles Cairo’s insecurities. My favorite scene is, of course, the one where she advises Terrance to stop using his mental health as an excuse and own up to his mistakes. Actress Adrianna So is a Queen and totally deserves the chance she’s getting to to hightail her own spin-off series “Pearl Next Door.”

Chasing Sunsets was a cautious attempt to increase awareness about mental health issues while creating a beautiful romance between two unique characters. Lara Bautista might have been an imaginary character, but actress Aura Dominique played her with conviction. She managed to project the fears and anxiety of a person suffering from depression and made Lara an indelible character. You hear Lara’s plea for help, sympathize with her and are elated when she finally accepts Dominic’s death. She represents an entire community of people who are afraid of social stigmas and fail to get the essential treatment needed to save their lives. Lara represents the glimmer of hope that everyone deserves. I have to say that she is my favorite GL character ever.

Farrah is beautiful, idealistic, yet vulnerable. Whenever I watched her, I was truly amazed by her strength. From standing up to her ex-boyfriend and stating that being a lesbian doesn’t take away her right to be a single mother and to being silent support to a depressed Lara, Farrah stood her ground. She was assertive, fairly dominant, and sensual as well. I’ve yet to see a character in BL dramas that has her inner strength. She loves wholeheartedly and is the kind of best friend that everyone needs in times of turmoil. In short, Farrah is someone whom you can lean on when things get difficult. She will hold you and make sure that you don’t fall.

Kookai is a part of Young Padawans, the quirky gang of friends that are the main protagonist Mico’s support system. She has been in love with Mico forever. While her behavior was irritating in the initial episodes, Kookai is here because of her accepting nature. When Mico softly rejects her proposal, she doesn’t fall to her knees to plead with him. She is heartbroken but realistic. Also, when she learns about Mico’s apparent romantic interest in Xavier, Kookai isn’t disparaging at all. She is happy with his choices, and wholeheartedly supports him. I love how Pinoy BL dramas are handling the female protagonists even in these Support Roles. They are giving the female Fatales a whole new meaning and definition.

Cheche is quirky, and I absolutely love this character. We don’t often see a role that was tailor-made for a specific actress, but Rose was meant to be Cheche. She is the heart of Camp Avenue and Farrah’s biggest supporter. From dressing down her quarreling friends with basic logic to investigating Dominic’s presence, Cheche is a sleuth. Her rambunctious attitude and her constant search for “Tea” related to her boss’s romantic affairs would often lead to hilarious situations. However, the most impressive fact about Cheche is her inner strength. She is a rape survivor and represents all those strong women who choose to fight back. Instead of getting depressed, she chooses to live life freely and survive.

Nicole (Shiara Dizon, In Between)

How many of you are blessed enough to have a friend like Nicole? She impressed me in the first episode itself, where she highlighted the importance of being a “Strong Independent Woman” to her friend. Throughout the series, she has been the glue that holds her odd motley crew of friends together. Nicole is mature and becomes that silent support that main protagonist Tau needs. I’m so glad that Nicole didn’t even question their relationship. She understands the reasons behind Tau’s decisions and stands beside him. I was surprised when she cried alongside Tau while listening to him talk about Otep. It’s indeed rare to have a friend who feels your pain as much as you do. Shiara Dizon has that indomitable presence that makes Nicole an unforgettable character.

Japan might be dolling out BL dramas as well as BL movies at an alarming rate. But the fact remains that same-sex partners do not have any legal rights in Japan. Despite that, the main protagonist Yuuki’s mother, Megumi, after just a moments hesitation, expresses her true delight and even hopes that her son finds love, happiness, and even gets to adopt kids. Such an easy acceptance from your parents is what every child seeks and hopes for. Megumi represents a whole new generation of parental units who are coming to terms with their children’s sexuality and accepting them without conditions or remorse.

Similarly, Akira’s elder sister Hitomi didn’t bat an eyelash when she saw him with his boyfriend. The happy sister embraced her brother as well as his sexuality with an ease that was heretofore unseen in previous Japanese BL dramas. Hitomi is a feminist and has always questioned her Mother’s beliefs and points of view. She is ecstatic because her brother chooses to live his life without succumbing to parental pressures.

Khanh has an indomitable presence. She is a leader, overachiever, and mature far beyond her age. Being the President of the Drama Club comes naturally to her. I love this character’s fighting spirit. She is patient despite Nguyen’s various misgivings and helps him find his path back to his true passion – Theatre. She is patient enough to listen to Nguyen and often stops him from making regrettable decisions. A true friend who always stand beside you and supports you no matter what!

How can the list be complete without our very own Maleficent “Porpla” making a rocking performance? The audaciously loud landlady is certainly a pain in the ass. But at the same time, she is a diehard Fujoshi and a fashionista. You cannot watch YYY the Series and not appreciate Porpla’s quirky nature. Poppy gave a certain flavor to this character and made her truly dignified. From herding her intolerable tenants to playing matchmaker, Porpla is good at multi-tasking, and there is never a dull moment with her around. However, Porpla also has a soft side and can be invariably vulnerable. She is on this list because Porpla represents modern women who are bold, beautiful, and uncharacteristically strong!

This brings us back to the discussion of how women will be represented in upcoming dramas? I have noticed that there still upcoming, heavily-marketed BL shows that still lean heavily on using outdated and even somewhat offensive YAOI-trope versions of women. Can’t we have future BL shows that stop this stereotyping of female roles and make them more challenging? Likewise, will we have more GL dramas like Chasing Sunsets that set a new benchmark and challenge the limits of their female protagonists? Boys Love dramas could take a leaf from the book of most new Pinoy BL and reconsider giving women more centric roles, catered to celebrate femininity and its silent strength.