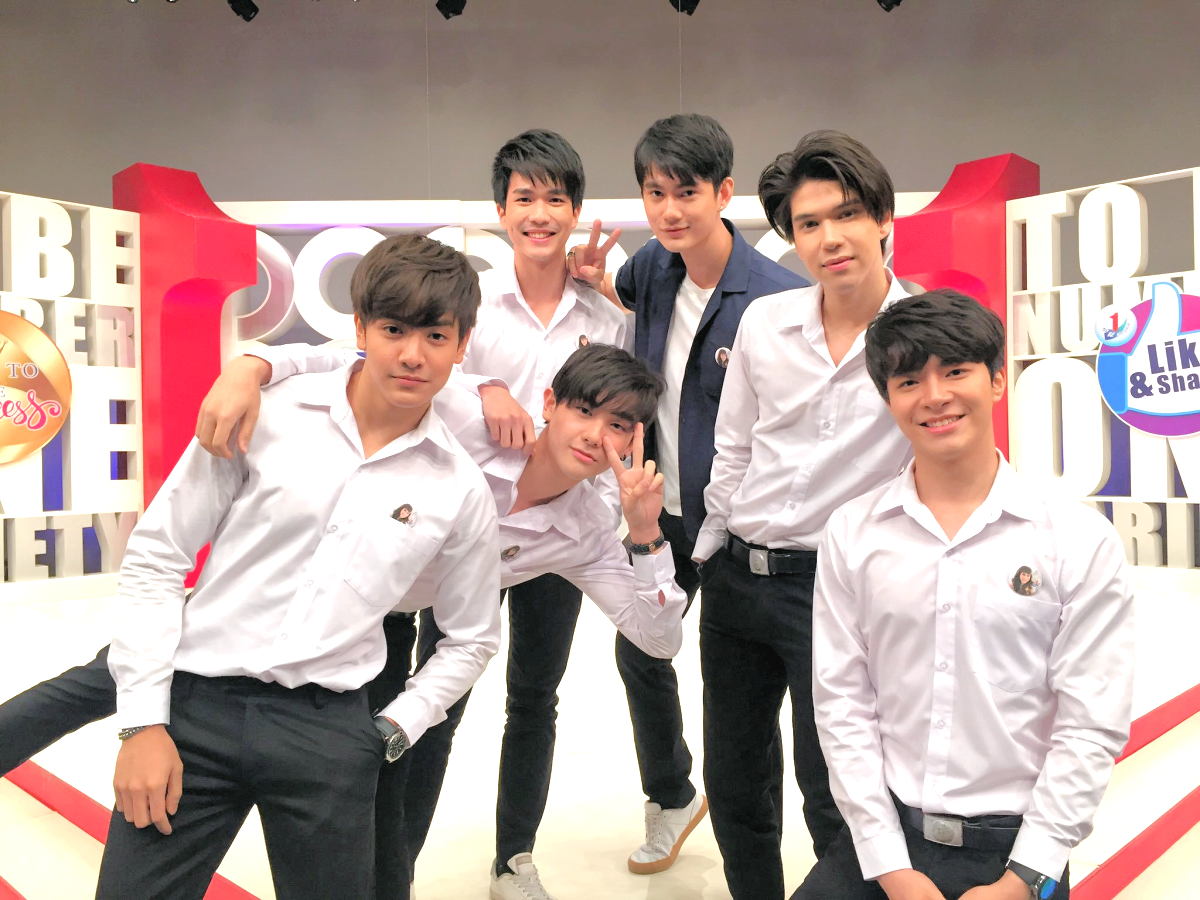 It’s been a tumultuous couple of weeks concerning the cast of 2 Moons 2 and their management company, Motive Village; October 9th, 2020, was no exception.

I'm really afraid to know about it at this point😢
I'm not sure in which situation he is rn but I don't wanna disappoint to him if he still decides to do it. 😫 pic.twitter.com/Grb1tuupMC

The morning started with an announcement of the event “Y Universe Awards,” where Benjamin Brasier, Dome Woranart, and Pavel Phoom are slated to appear. Eagle-eyed fans quickly noticed that the other three cast members were missing from the event’s promotional materials. It was assumed that Joong Archen and Nine Kornchid would not be attending the event as they prepare for their stint in Project I/Asia Super Young. Still, Earth Teerapat was once again inexplicably missing-in-action. Motive Village kept quiet amidst the fans’ requests for comments on the matter, but their silence was a sign of things to come.

In the late afternoon, rumors circulated that Earth himself was going into Line chatrooms to tell his fans (fondly called “Earthlings”) that he would be announcing something important soon. Sure enough, at 6:00 P.M. THST, Earth released a statement on his social media accounts saying that he would be parting ways with Motive Village and would not reprise his role as “Wayo” for the upcoming series 2 Moons 3.

At first glance, the statement’s tone is cordial and upbeat – profusely thanking Motive Village for all the opportunities 2Moons2 has given him. But upon closer inspection, it only creates more unanswered questions about Earth’s future. He is certainly obligated to complete work related to 2Moons2 until he is released from his contract. However, it is unclear if he will be allowed to work on other projects as he waits or when the termination of his contract will occur. Other than citing “personal reasons,” no other explanations were given for Earth’s departure from the company, leaving much room for speculation.

Coincidentally, the official seat plan for the 6 Moons fan meeting in the Philippines entitled “TO THE MOON AND BACK: 2Moons2 LIVE in Manila” was announced only a few hours before Earth’s statement was released. In a joint statement with Motive Village, the organizers assured fans that the fan meeting would still feature the six actors, making this a reunion fan meeting for the group.

‼️Our official announcement for the upcoming TO THE MOON AND BACK: 2Moons2 Live in Manila Fan Meeting ‼️#6MoonsReunited#ToTheMoonAndBack#BoysLove pic.twitter.com/tNSu0wP0l8

It is interesting to note that this was the exact same scenario that Ben described during his Livestream on October 4th, 2020, where he mentioned that no matter what happens, the Moons are contractually obligated to appear in fan meetings in Germany and the Philippines, jokingly calling them “reunion” shows. These statements strongly suggest that the decision might have been settled for a while now behind the scenes.

Motive Village has yet to offer their own statement regarding Earth’s departure at the time of this writing, other than their joint statement with event organizers Raikantopeni Philippines.

Earth’s former castmates were quick to show him their support. Ben, Pavel, and Joong left him messages of gratitude under his statement published on Twitter, wishing him luck in his future endeavors. These interactions were a breath of fresh air for the fans, with Joong’s reply, in particular, being heavily anticipated. It was previously assumed that the group had been split into two camps, and not on good terms. Joong’s reply somewhat pacified those rumors, showing that the friendship between the boys still existed.

Thank you for being an amazing Wayo. No matter what happens, Our friendship will last forever 👊🏻 | ขอบคุณที่ทำให้ได้รู้จักกับวาโยในแบบของเอิร์ธนะ ไม่ว่าอะไรจะเกิดขึ้นก็มีเบนอยู่ข้างๆเสมอนะ สู้ๆ

Still see you at university bro 👌🏻good luck and fighting 👌🏻

A few hours after the statement, Ben went on another Livestream where he acknowledged the situation by naming the stream “Thank You Earth/New Challenge/The Last Part of Us II – Part 8.” Dome has yet to respond at the time of this writing, despite hosting his own Livestream, and, most notably, Nine has been absent from Social Media since September 30th, save for a few posts on Instagram.

With Earth’s situation being “resolved,” questions have arisen about the relationship between the other Moons and the company, specifically Ben and Pavel. Still, no news about their rumored meeting with management held on October 5th is available at this writing time. However, the pair’s recent transparency regarding their status with Motive Village has come to an abrupt halt, with some fans suggesting that they have been warned against speaking up on Social Media. Other than that, they are being treated with the appearance of normalcy, with their continuing projects still being regularly promoted on the company’s social media accounts.

As for Motive Village, it seems that the company is aware of the groundswell of negativity against them. It is noteworthy that the company has allowed Earth to release a statement by himself, without releasing a statement of their own. Earth’s messages of gratitude towards the company were not only unacknowledged by the company, but he was left to deal with the backlash on his own. Aside from that, it appears that they have gone through their social media and deleted past tweets that did not show them in a good light. We previously reported on their frank reply to one fan, and that exchange has since been deleted, taking with it the astonishing amount of negative reactions from fans.

Perhaps the biggest question on everyone’s minds right now is what will happen to the role of “Wayo.” Assuming that the rest of the Moons would still be kept intact, Earth’s departure means that the role will have to be re-cast, fundamentally altering the story’s main coupling and the chemistry of the group as a whole. More than that, it would not be farfetched to consider that Motive Village could replace the entire cast, purely based on their past track record.

Everything is up in the air for now in this drama-filled turn of events. Stay tuned as we follow this developing story.