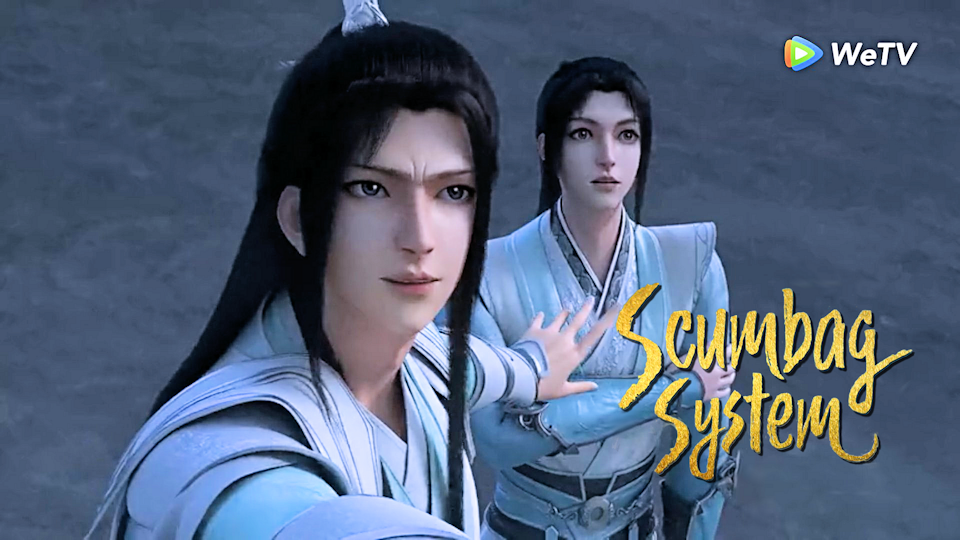 By krishnanaidu88October 10, 2020October 16th, 20202 Comments
As Shen Yuan scripts his own victory in “The Battle with the Demons,” albeit in a comical yet different way, Luo Binghe’s stunning swordsmanship and cultivation skills leave everyone spellbound. Although Shen Yuan still thinks that the various schemes he randomly concocts are just attempting to stay alive, the truth is far from it. His genuine affection for Luo Binghe always clouds his thinking ability. I’m really in awe with the stunning CGI effects that pretty much set a very high bar with this anime. Also, since there are whispers of a possible live-action drama, my mind keeps pondering the viable casting options. I’m pretty much excited thinking about the various actors that could be roped in to play Shen Yuan and Luo Binghe. I’m hoping they decide and announce the adaptation sooner rather than later. If the anime is this good – imagine the exciting possibilities with a well-chosen, handsome cast portraying the unpredictable and funny  Shen Yuan and devoted Luo Binghe!

As the Demon Saintess provokes Shen Yuan for the second duel, a second female protagonist, Liu Ming Yan, finally makes an appearance. Despite her various attempts, Liu Ming Yan is no match against the evil Sha Hua Ling. After losing the second round, Shen Yuan is left with no option but to send Luo Binghe into the frontline. Fighting against a tenacious Demon like Elder Hammer, Luo Binghe falters and is left battered as well as bruised. Shen Yuan motivates him, and with a newfound determination, Luo Binghe fights, displaying amazing skills that leave the Demons stunned. However, being Demons, they are bound to play dirty tricks, and instead of accepting defeat, Elder Hammer attempts to kill Luo Binghe. Putting his own life on the line, Shen Yuan saves his disciple but gets poisoned instead.

While Shen Yuan decides to participate in all three duels himself, our omnipresent troll system appears out of thin air, warning about possible repercussions (in this case, evident point deduction). I’m amused at their conversations because it’s like whenever Shen Yuan moves ahead by ten steps, the troll system pulls him back by 100 instead. Their arguments are hilarious and make for interesting viewing. As the crafty Demon Saintess Sha Hua Ling tries to provoke Shen Yuan and demands a different opponent, the second female protagonist Liu Ming Yang finally makes an appearance. Shen Yusn already knows the storyline and is committed. This guy has such honest expressions; most of the time, I don’t know whether to laugh or cry. While they battle (which is a weird dance form), Ming Fan gives a voiceover commentary. It might seem that he is knowledgeable, but Shen Yuan knows it’s all a farce to attract attention. His obvious dislike for Ming Fan is so funny; I really love his wild outbursts. Unfortunately, Liu Ming Yang loses, and Shen Yuan is left with no other option.

The one thing that I agree with the Troll System on is the ridiculous names that it assigns to its characters. They are pretty lame, and like Shen Yuan mumbles, “Plane in the Sky?!?!, Please think of better names for the villains, I beg you!.” I mean, what kind of a name is Elder Hammer? Is it because he uses a stone hammer as his weapon? Where is the imagination? ….the creativity? Never be said that Shen Yuan isn’t dramatic, because he roles out the red carpet with a flourish and announces Luo Binghe as the next opponent. While others are wondering who Luo Binghe is, Ming Fan unexpectedly opposes the decision. It is jealousy or mild-caring – you will never know. However, Shen Yuan yet again adds to the drama and shuts them off. The poor kid is left with no other option but to compete with a Demon double his size. Seriously, I understand that Shen Qingqiu planned this as an attempt to kill Luo Binghe. But why is Shen Yuan following up with Qingqiu’s murderous machinations?

Thus begins the battle of wills and strength. Despite getting battered repeatedly, Luo Binghe doesn’t give up. So much so that even Elder Hammer appreciates Binghe’s bravery. However, Luo Binghe is still a kid, and no matter how hard he tries, he is no match against the much stronger Demon Elder. As he falls down, exhausted from the fight, Shen Yuan pushes Binghe to fight. Shen Yuan’s words break through the spell, and Luo Binghe uses the “Tiangang Exorcist Spell” against the Demon. As we are shown a montage of events from Luo Binghe’s past, he slowly realizes how Shen Yuan has prepared him for this battle. Although I still have a strong hunch about the first scene where Luo Binghe is left hanging, it seems more like Shen Qingqiu than Shen Yuan. Despite that, Luo Binghe fights valiantly and uses the new tricks from the second manual that Shen Yuan handed over to him. When he wins and walks back to Shen Yuan, the pride on Luo Binghe’s face matches with Shen Yuan’s smile. It’s a glorious moment for them because Shen Yuan has reversed an important accident in Luo Binghe’s life and has spun it in a positive direction.

Sha Hua Ling is a sore loser as she instigates Elder Hammer, who attempts to kill Luo Binghe. Yet again, Shen Yuan puts his life in danger by saving Luo Binghe instead. Honestly, this guy is so theatrical. Every time he goes out of the way to save Luo Binghe, he realizes that Luo is invincible as the main protagonist. I can’t stop laughing at his antics. To Shen Yuan, things are plain and simple because he already knows the storyline. But as Shen Yuan gets pricked by the poisonous thorns on Elder Hammer’s armor, Luo Binghe loses his calm. I’m guessing that his feelings for Shen Yuan are slowly traversing the Master-Disciple relationship. He is falling for his Shizun, and I’m afraid of the future consequences. If Shen Yuan is ordered to follow up on Shen Qingqiu’s plan to kill Luo Binghe, then a heartbroken Luo Binghe would be even more devilish. Also, where the hell is the real Shen Qingqiu? I have been wondering about that.  Did he transmigrate into Shen Yuan’s world? Will he ever return, and if he does, what will happen to Shen Yuan then?