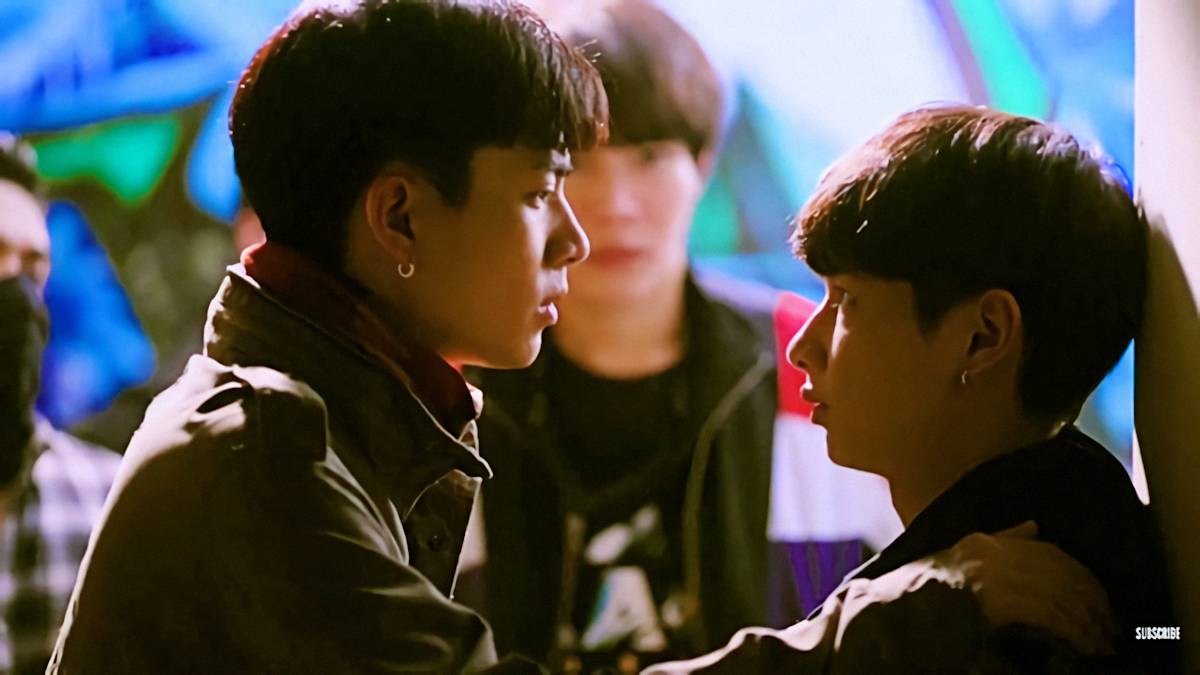 As we approach the new year and hope to put away the bad memories, the only thing that makes 2021 strikingly remarkable is the slew of upcoming dramas. As we have already finished previewing the upcoming additions to the Korean, Vietnamese, Taiwanese, and Chinese BL, Psychomilk brings you the Thai BL arena’s latest offerings. Despite the massive competition, Thai dramas still rule the BL industry with their daring depictions of explicit content and rich storylines. As such, Thai media giant GMM-tv has announced its latest roster of new shows, “GMM-tv-2021,” and we have four BL offerings lined up to make the new year memorable. Let’s talk about these upcoming shows under the GMM-tv banner and a few others amongst the highly anticipated shows of 2021.

Fish Upon the Sky ปลาบนฟ้า

Starring Phuwin Tangsakyuen and Pond Naravit Lertratkosum in titular roles, “Fish Upon the Sky” is a youthful college romance based on the “Enemies to Lovers” trope. The story is a breezy love story where our main protagonist Pi (Phuwin), a sophomore from the Faculty of Dentistry, has a huge crush on his college friend Mueang Nan (in a guest role by Mix Sahaphap Wongratch). The only hurdle in his romance is his love rival Mork (Pond), a second Medical Student; Pi believes that Mork also has feelings for Mueang. Unknowingly our main characters get involved in a tug of war, grow closer, and ultimately Pond’s true love interest is revealed. I loved watching the trailer for this show because I’m a huge fan of the “Enemies to Lovers” trope. The added attraction is the handsome main leads who seem to have simmering chemistry. Honestly, this show is high on my watch list, and I’m looking forward to its premiere in 2021.

Enchanté might very well be the most complicated love story ever. I’m still wondering about the base concept after watching the trailer because as it left me bewildered. The story focuses on our main protagonist Theo’s (Book Kasidet) life. After living in France, Theo comes back to Thailand to study at his father’s school. Coming back to Thailand makes him wary of his new surroundings. Despite that, Theo manages to make one new friend, Ak (Force Jiratchapong). One day Theo scribbles a note in a library book about being bored. The next day he is surprised to find a message for him in the same book. The writer’s name is Enchanté, which translates to “nice to meet you” from French. Theo becomes curious about who this Enchanté guy is and talks to Ak about it. Ak quickly proposes a scheme to expose Enchanté. However, their plan goes awry when four guys, Saifah (Fluke Gawin, Dark Blue Kiss), Natee (Fluke Pusit, The Shipper), Phupha (Aou Thanaboon), and Wayo (Boom Tharatorn) come forward, claiming that they are this Enchanté fellow. Will Theo successfully guess who the real Enchanté is among these four guys who are claiming to be him? Frankly, I’m still confused with this premise. The only silver lining is the slew of handsome men that might entice me to watch this complicated love quadrangle.

“Bad Buddy the Series” is one of the most anticipated Thai BL shows of 2021. Starring popular GMM-tv stars Ohm Pawat and Nanon Korapat Kirdpan in titular roles, the show focuses on their character’s initial enmity and then the journey to love. Pat (Ohm) and Pran’s (Nanon) animus spans generations. Their parents have been competing with each other and want their kids to do the same. Under the guise of fake dislike, Pat and Pran maintain the facade while remaining good friends. But what will happen when their fake relationship turns into real, and their feelings grow into something more. This show is one that I’m looking forward to. Ohm Pawat starred in the recently on-air drama “The Shipper,” and I was disappointed with the way his character was shaped in the show. I have been hoping that since he has a titular role here, his acting talents will be better utilized because Ohm Pawat is one fine actor. Both the main lead are already good friends and seem to share comfortable chemistry!

Not Me the Series เขา…ไม่ใช่ผม

The winner and the show at the top of the charts already, “Not Me the Series,” stars GMM-tv veterans Gun Atthaphan and Off Jumpol paired as romantic interests. After the huge success of their last show, “Theory of Love,” OffGun are fan favorites, and this show is also drawing the attention of the international audiences. Gun Atthaphan is popular for portraying a wide variety of roles spanning from romance to darker elements. However, this is the first time his onscreen partner Off Jumpol would play such a rogue character.
The storyline focuses on White’s journey (Gun Atthaphan), who plays the dual roles of twins. When his twin Black is viciously attacked and subsequently left hospitalized, White cannot endure the harm done to his brother in silence. Knowing from his brother’s mouth that it was one of Black’s closest friends who betrayed him, White disguises himself as Black to root out the traitor. Was it Sean (Off Jumpol) who’s so calm, serious, and hard to read? Cheerful and friendly Graham (Mond Tanutchai)? Or might it have been hot-blooded Yok (First Kanaphan) who likes to fight?

The trailer is interesting, focusing on gang wars and White’s unlikely transition as he tries to figure out who the culprit is who betrayed his brother. As always, OffGun have sensual chemistry, which will be the highlight of this show. I’m looking forward to the premiere of this one as I’m part of their fandom.

Another show which is hitting the social circuits like a storm is “KinnPorsche The Series.” Marketed as the first “Mafia Thai BL Romance,” the show’s auditions drew the attention of major stars in the industry and was poised as a major event. The local and international audiences waited with anticipation as the cast was finally revealed, and the show’s producers “Filmania” definitely managed to select the best of the current crop.

The storyline focuses on the poignant romance between main leads Kinn (Mile Phakphum) and Porsche (Apo Nattawin). The second son of the Mafia King, Kinn Anakinn, is assaulted by an enemy causing him to flee from them until he meets Porsche Pitchaya – a young student hired as a part-time waiter at an entertainment establishment. Porsche watches the scene in the entertainment establishment but doesn’t pay much attention to it. That is, until Kinn makes an offer. If Porsche saves him from his enemies, he will pay a certain amount in return. Porsche, who has the best martial arts degree and is a national judo champion, decides to get involved and helps Kinn escape. Impressed with his exceptional combat skills, Kinn wants to hire Porsche as his personal bodyguard. Porsche, however, rejects Kinn’s offer. Porsche doesn’t want to be a part of this dangerous world because he is afraid that the only person he loves, his brother Porché Pitchaya, would get hurt. However, Kinn tends to get whatever he wants. After being terrorized by Kinn’s enemies and Kinn, Porsche is left with no choice but to agree. Porsche accepts Kinns ridiculous agreements and moves in to live with him. There are several mysteries that Porsche has to face, along with some very unexpected events. Moreover, the intimacy with Kinn makes them grow closer. The storyline focuses on how Porsche overcomes all problems and hurdles to fight and protect the person he loves.

“Soulmate the Series” is the sequel to the popular “Roommate the Series” and follows Sky and James’s journey as they settle down in their new relationship and go through major upheavals as their love story progresses and blossoms. Golf Trithep and Game Chusak will reprise their roles from the prequel.

The trailer was launched recently, and the cinematography is vastly different from the prequel. The show draws attention to parental disagreements as James’ mother unknowingly arrives at their haven and seeks to destroy the delicate balance in the new yet fragile relationship. The premiere date hasn’t been confirmed, but the production house will probably launch its pilot episode fairly soon.